MILWAUKEE -- The Milwaukee Brewers on Friday, Aug. 9 honored three greats who were a part of the revitalization of the franchise, looking to the past, while also looking to the future and a playoff push.

"Honestly, it's great to come back and see some of your old stomping grounds," said Trevor Hoffman, reliever.

Hoffman, second baseman Rickie Weeks, and shortstop JJ Hardy were all back in Milwaukee Brewers uniforms. 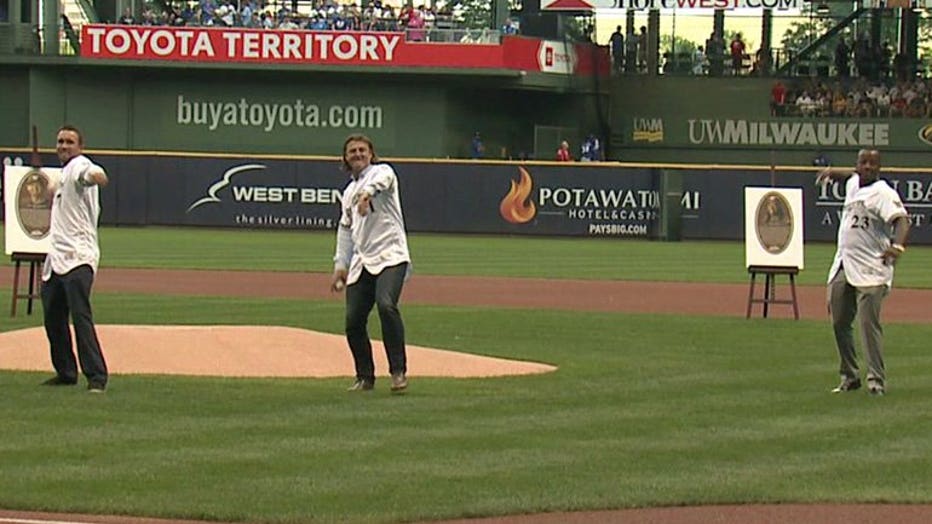 "To have the organization think enough of us to be a part of something that they've started the past few years is fantastic," said Hoffman.

Hardy, Hoffman, and Weeks were inducted into the Brewers Wall of Honor. 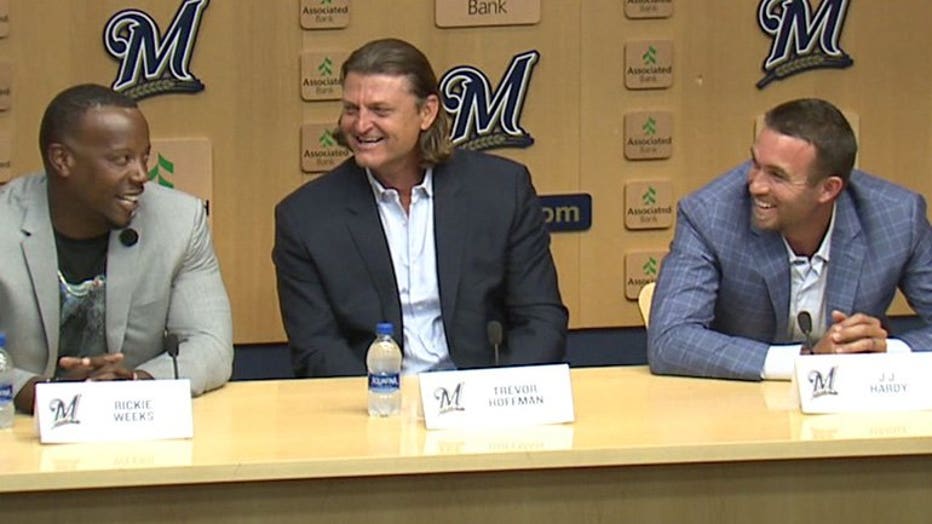 It was a special night of reliving the past, and getting reacquainted with old friends.

"I think, at many levels, it was an opportunity to really finish my career off the right way -- to experience another organization, to have success and failure on different levels, and to have the opportunity to still lead, and try and do it the right way," said Hoffman.

"When you get a chance to come back and see the guys like Hoffy and J.J .Hardy, you know, it brings back memories, and some very fond ones at that, and just happy to be back," said Weeks. 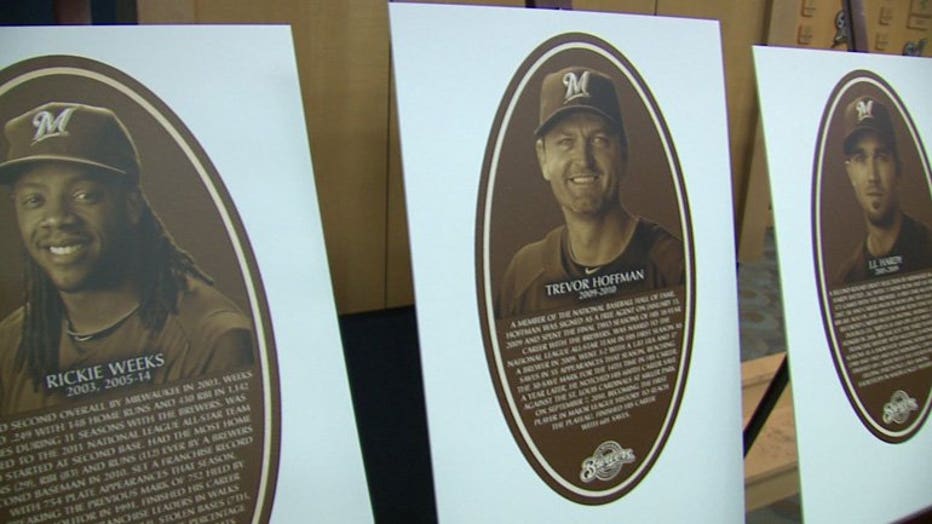 Those memories included helping bring the Brewers back to the postseason in 2008 for Hardy and Weeks.

"It was a roller coaster year, and I just remember, we were standing out on the field, and we had won that game, and we were waiting for, I think, the Mets and someone else to finish their game, and when that game ended, and we were able to crack a couple of beers and spray all the alcohol all over everyone, including the fans, it was a such a special year," said Hardy.

Naturally, there was a Prince Fielder story these three players could all tell. 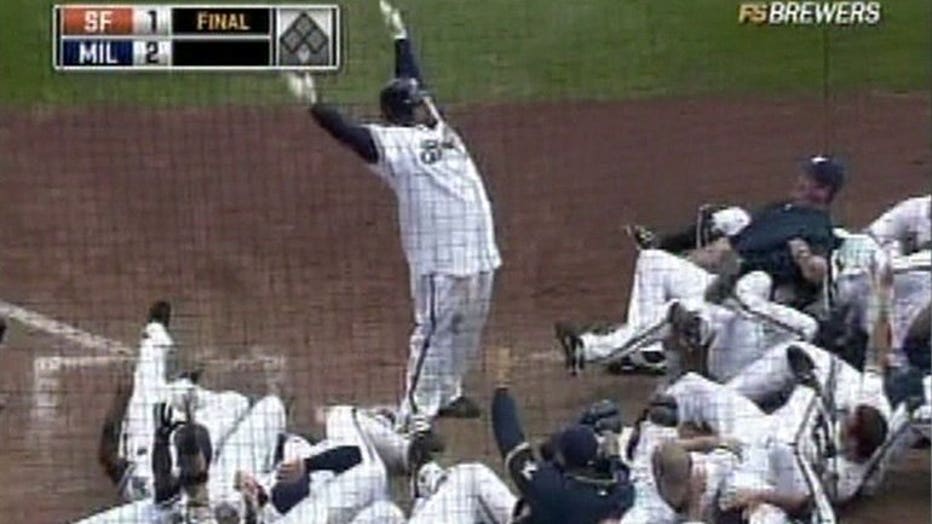 "Hey, the best walk-off homer was still his, when he landed on home plate and we all fell down, and David Weathers had to be pulled down because he didn't know what the hell was going on," said Hoffman.

"That was all planned months in advance, and we were all hoping Counsell would hit the walk-off homer, and he had to do it," said Hardy.

"He might have to be knocked down," said Weeks.

"We would have to have tackled him, to go down," said Hardy. 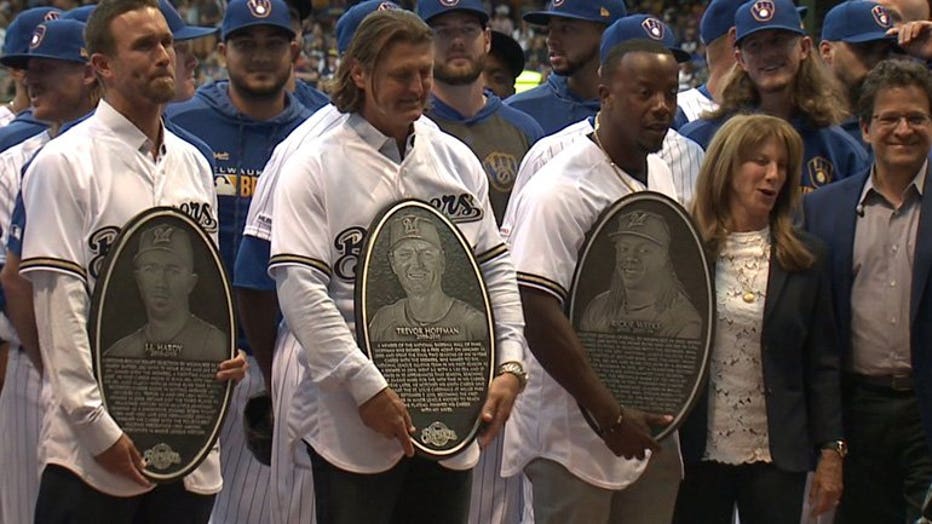 On Friday, all three made new memories at Miller Park.

"Just really special," said Hardy. "It's one of those things you really can't describe in words, but it's great."

There was just one season that Hardy, Hoffman, and Weeks were all on the Brewers roster, and that was in 2009.