Pro Football Hall of Fame President David Baker talked with FOX6 News about plans to celebrate that milestone in style.

CANTON, Ohio - One hundred years ago on Thursday, Sept. 17, representatives from 11 football teams gathered at an automobile showroom in Canton, Ohio to talk about forming a league that would eventually be called the National Football League.

Pro Football Hall of Fame President David Baker talked with FOX6 News about plans to celebrate that milestone in style.

It’s not every day you turn 100 years old. The NFL has reached that milestone, and the Pro Football Hall of Fame intends to celebrate in style -- unveiling its Centennial Plaza, located in downtown Canton, just blocks from where the NFL was founded. 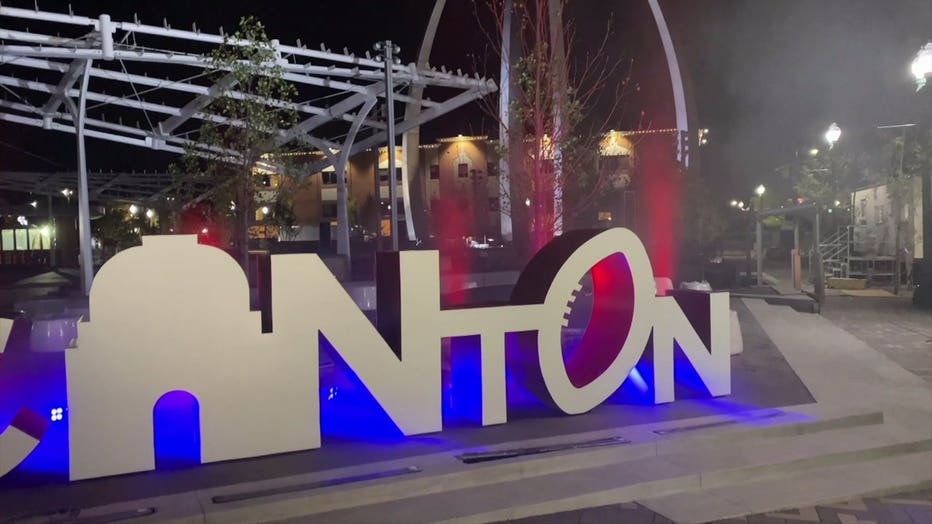 "It’s got a big jumbotron where people can watch ballgames, and it recreates the spires of the Hall of Fame," said Baker. "It’s got a number of different seating and amphitheater areas in a café, but I think there’s two areas that are really cool.

"One is an area where you host, there’s a monument to every team that ever hosted an NFL team, and then we also have player pylons on which are listed all 25,488 names of each player to ever play in the history of the NFL in its first century, so that’s pretty cool."

You can’t talk about a 100th birthday without talking about the Green Bay Packers, who celebrated their centennial birthday back in 2018.

As part of the league’s oldest rivalry with the Chicago Bears, Green Bay kicked off the NFL's 100th season in 2019, and they also have 30 players enshrined in the Hall of Fame. 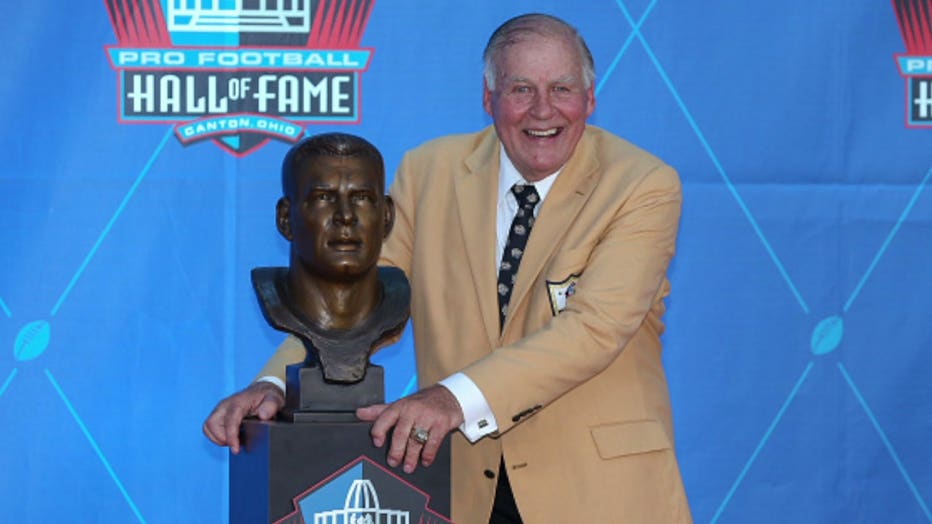 The latest member inducted into Canton was the legendary Jerry Kramer…

"When I knocked on Jerry Kramer's door, let me share with you, that was, you know, he looked up at me and he said, 'Boy, you are the most beautiful thing I’ve seen in a long time,' and of course, I’m 6-9, 400 pounds and he needed glasses, but I do think you’re right that -- when you wait 45 years, it’s even sweeter," said Baker.

So for green and gold fans who want to visit the Pro Football Hall of Fame themselves, there’s even more to look forward to this year.

"You can also come here in the Game For Life Theater, which is a holographic locker room, and you can actually see Vince Lombardi and George Halas and Joe Namath talking about the lessons that the game teaches," said Baker. "In Canton, we have the 11th greatest moments, and number nine is about to be dedicated.

"Each of them are art exhibits. It's going to be the Ice Bowl, you know, which is made out of bricks, you know, very appropriately."