Kickoff at Lambeau Field was scheduled for 7:00 p.m. 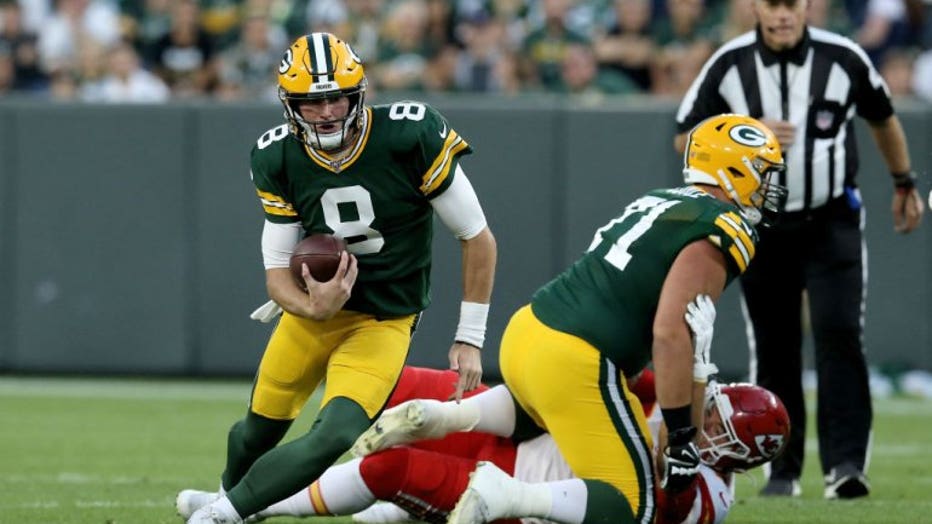 GREEN BAY, WISCONSIN - AUGUST 29: Tim Boyle #8 of the Green Bay Packers runs with the ball in the first quarter against the Kansas City Chiefs during a preseason game at Lambeau Field on August 29, 2019 in Green Bay, Wisconsin. (Photo by Dylan Buell/

Kansas City was first to put points on the board, with a 28-yard field goal from H. Butker, 3-0.

At the start of the second quarter, Packers' T.Summers intercepted a pass from K. Shurmur for a 75-yard touchdown, 6-3.

Winding down the first half, the Chiefs' K. Shurmur passed short left to J. Fortson for a 2-yard touchdown, 13-10.

With seconds to spare in the first half, Packers' D.Kizer passed to E. Baylis for a 1-yard touchdown, 20-10.

Winding down the clock in the fourth quarter, Packers' D. Williams scored a 3-yard touchdown, 27-20.

Green Bay fans shouldn't expect any starters this week. That's been the case throughout the preseason for the Packers.

However, this game is important.

Packers Head Coach Matt LaFleur says it's what happens on the field that may keep some guys from going home this weekend.