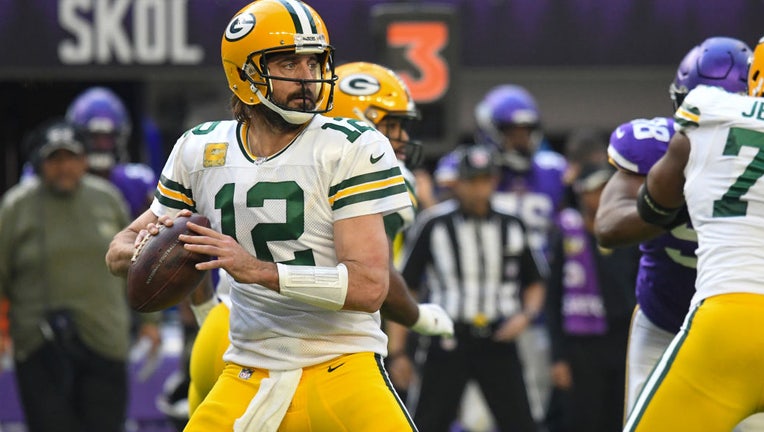 GREEN BAY, Wis. - Green Bay Packers quarterback Aaron Rodgers hasn’t practiced all week due to a toe injury but is expected to play Sunday against the Los Angeles Rams.

Rodgers said Wednesday he has a toe fracture and that the injury occurred while he was working out at home during his quarantine after testing positive for COVID-19.

The toe injury caused Rodgers to practice one day last week, though the reigning MVP still threw for 385 yards and four touchdowns in a 34-31 loss at Minnesota.

During the week leading up to the Vikings game, Rodgers only practiced on Friday. Rodgers didn’t practice this Friday, though he has no designation on the injury report that the Packers released later in the day.

"He didn’t participate in practice, but he was out there and relaying the calls to Jordan (Love, the backup quarterback), just getting that practice of saying the play calls," LaFleur said.

Running back Aaron Jones (knee), outside linebacker Rashan Gary (elbow) and wide receiver Allen Lazard (shoulder) are questionable after all three missed the Vikings game. Gary fully participated in Friday’s practice, while Jones and Lazard practiced on a limited basis.

The NFC North-leading Green Bay Packers (8-3) host the Rams (7-3) on Sunday in a rematch of an NFC divisional playoff game from last season.

The Green Bay Packers have sold more than $41 million worth of stock in just over a week into their sixth stock offering in franchise history.