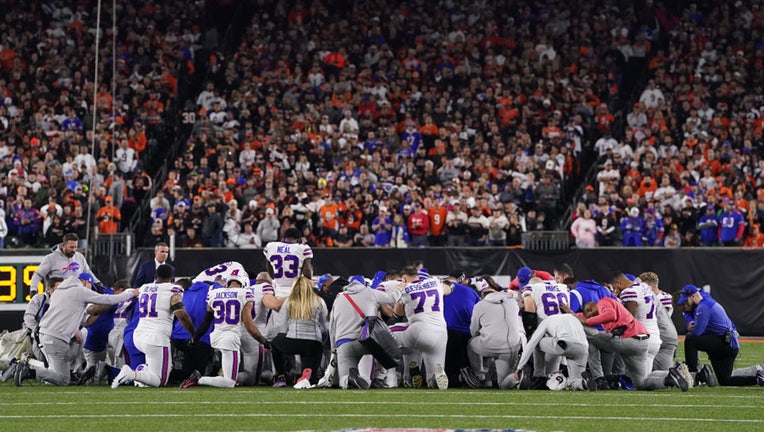 Buffalo Bills players huddle and pray after teammate Damar Hamlin #3 collapsed on the field after making a tackle against the Cincinnati Bengals during the first quarter at Paycor Stadium on Jan. 2, 2023 in Cincinnati, Ohio.  (Dylan Buell/Getty Images)

GREEN BAY, Wis. - Buffalo Bills safety Damar Hamlin collapsed on the field and was administered CPR before being driven away in an ambulance during Monday night's game against the Cincinnati Bengals, which was suspended after the injury.

Hamlin collided with Bengals receiver Tee Higgins after a completion. He got to his feet, appeared to adjust his face mask with his right hand, and then fell backward about three seconds later and lay motionless.

Hamlin was surrounded by stunned players from both teams. The ambulance was on the field four minutes after Hamlin collapsed, with many players in tears, including cornerback Tre’Davious White. The quarterbacks — Buffalo’s Josh Allen and Cincinnati’s Joe Burrow — embraced. 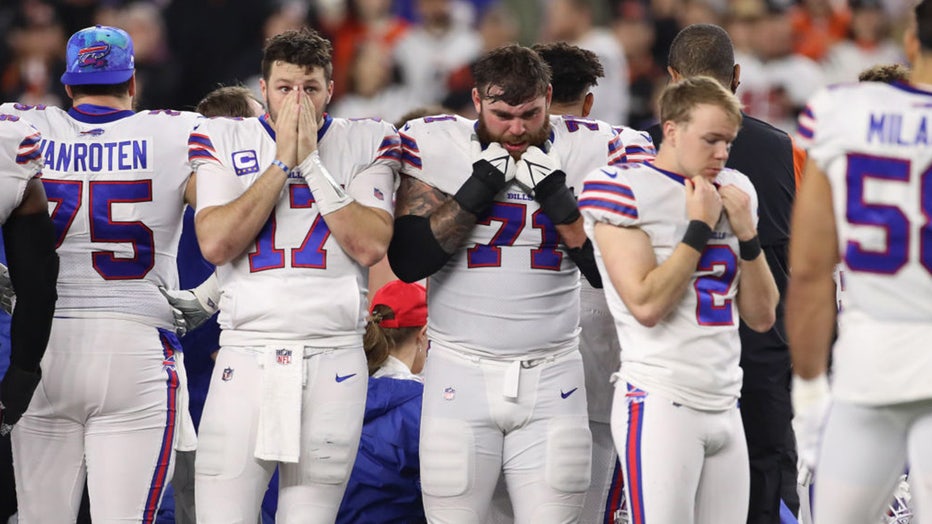 When Hamlin was taken off the field 16 minutes after he collapsed, the Bills gathered in prayer. He was driven to University of Cincinnati Medical Center.

Hamlin's uniform was cut off, and he appeared to be getting CPR from medical personnel. ESPN reported on its telecast that Hamlin was also given oxygen. He was listed in critical condition at the hospital.