GREEN BAY -- The Green Bay Packers are opening Training Camp amid very high expectations on Thursday, July 30th -- but before we can look ahead, we'll take one last look back at 2014.

The Packers started the 2014 season in Seattle -- where they would end it.

Green Bay's defense left plenty to be desired and Derek Sherrod epitomized the struggles of the offense in a 36-16 loss. 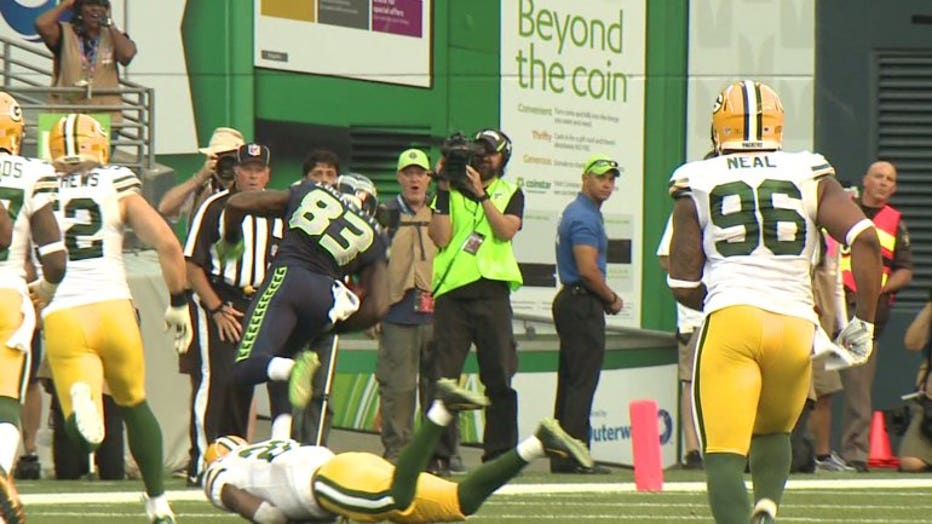 After winning their home opener against the Jets, the Packers looked absolutely lost on offense in a 19-7 defeat at Detroit. 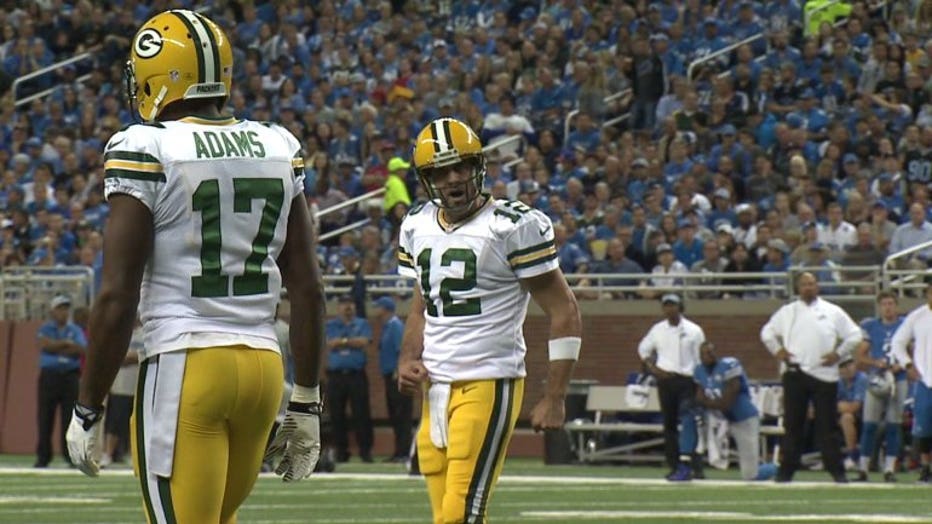 Then came four straight victories -- three against NFC foes and a narrow 27-24 win at Miami -- pulled out late when Aaron Rodgers hit Andrew Quarless in the end zone. 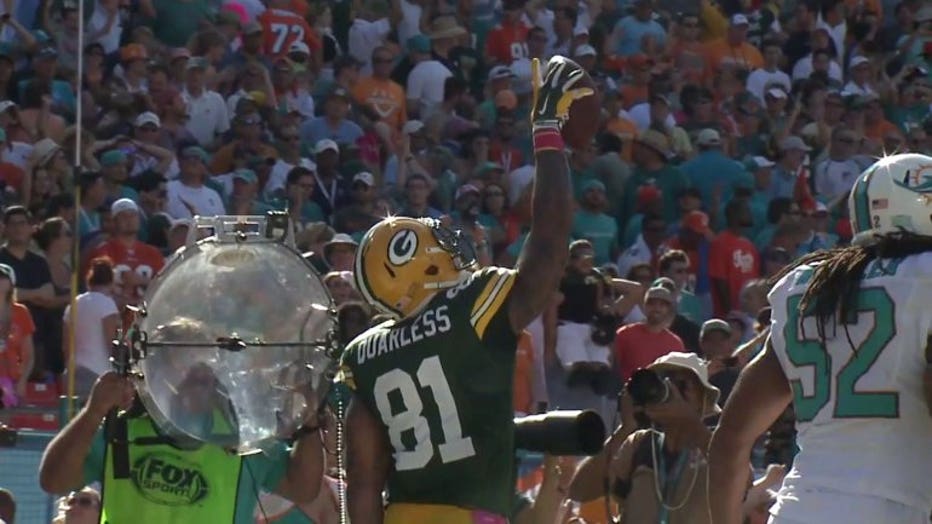 The first half of the season concluded in New Orleans. The most memorable play of the game was one that didn't work -- Aaron Rodgers trying for Julius Peppers in the end zone. Getting drubbed may have been the best thing to happen to Green Bay.

After the bye, the Packers embarrassed the Bears 55-14 behind six first-half touchdown passes from Rodgers. Chicago also had no answer for Clay Matthews, who moved to an inside linebacker position and made 10 tackles.

A week later, Green Bay was up over 50 points again -- this time against the Eagles. Micah Hyde had a 75-yard punt return on a cold day, and a 32-yard rumble for a touchdown catch by Eddie Lacy helped seal up the 53-20 victory.

Two weeks later, the Packers and Patriots played perhaps the most highly-anticipated regular season game of the NFL year. With all eyes on Lambeau Field, Green Bay made a statement by winning 26-21. 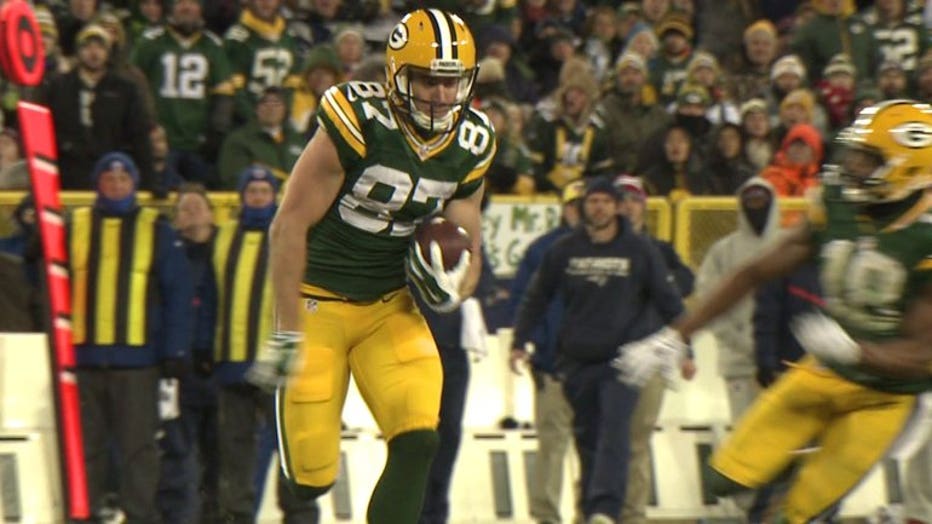 Green Bay visited Buffalo with a 10-3 record and the chance to pave a post-season path of home games, but the Bills had other ideas. Bacari Rambo, of all players, had two interceptions in a 21-13 defeat.

A week later, the Packers won over the hapless Buccaneers in Tampa, but Rodgers suffered a calf injury that would impact his play for the rest of the season. 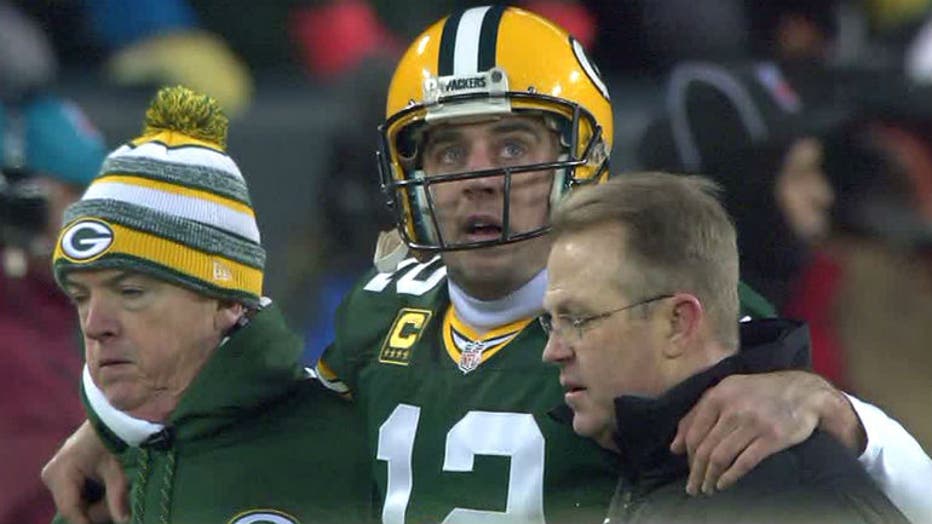 The Lions visited Green Bay for the regular season finale. The home team went ahead 14-0 in the second quarter, but Rodgers pulled up because of his calf, and had to be carted to the locker room. He emerged in the third quarter to a thunderous ovation and wound up propelling the Pack to a 30-20 victory. 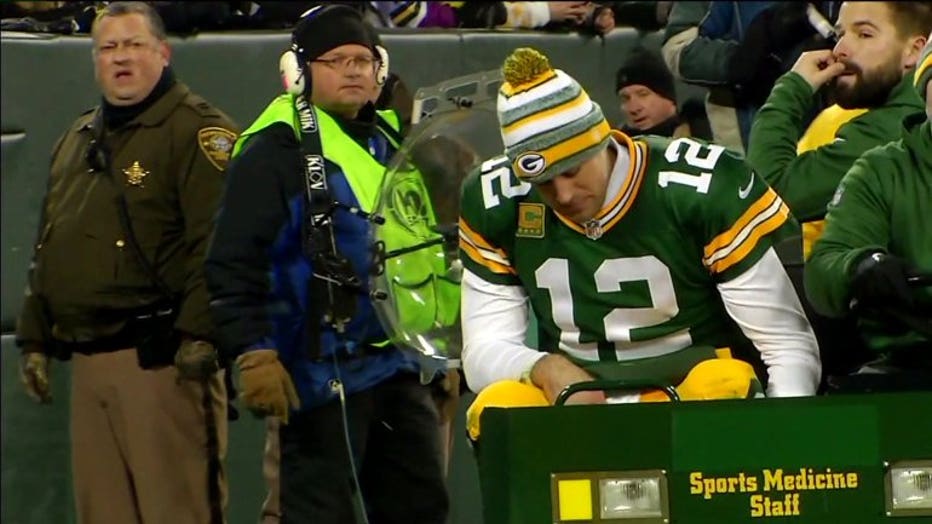 Would he play? Could he play? How well would he play? That dominated the next two weeks as the NFC North division champions had a bye before the Cowboys came calling on divisional weekend.

A hampered Rodgers did play, and put his team ahead 26-21 in the fourth quarter on a pass to rookie Richard Rodgers. Moments later, Tony Romo, also playing hurt, threw one up for Dez Bryant down the left side, when all the dust had settled. Green Bay had a 26-21 victory -- the same score as the Patriots game, and a spot in the NFC Championship Game, once again at Seattle. 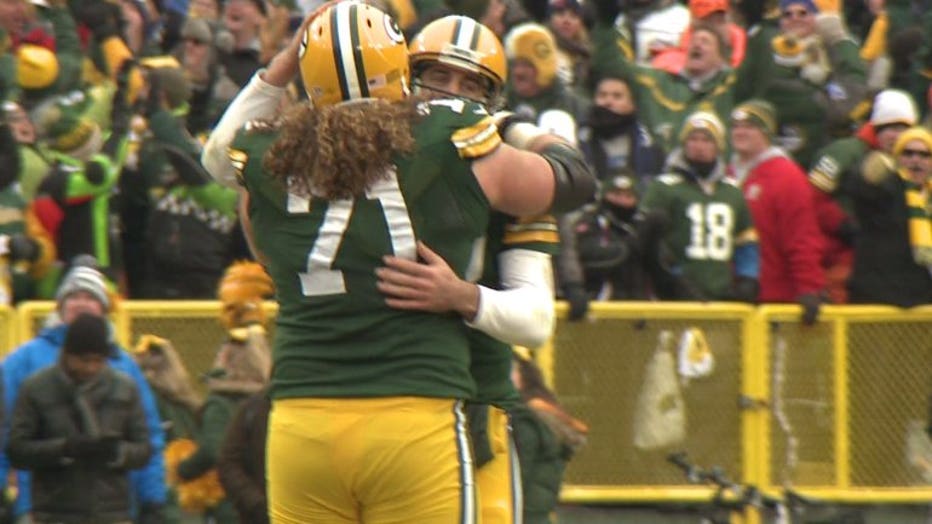 The rematch with the Seahawks had any number of memorable players -- remarkable ones, given the scope of the game and the track records of those involved. Mason Crosby was five for five on field goals, and put the visitors ahead 19-7 early in the fourth quarter. Somehow, that was not enough. 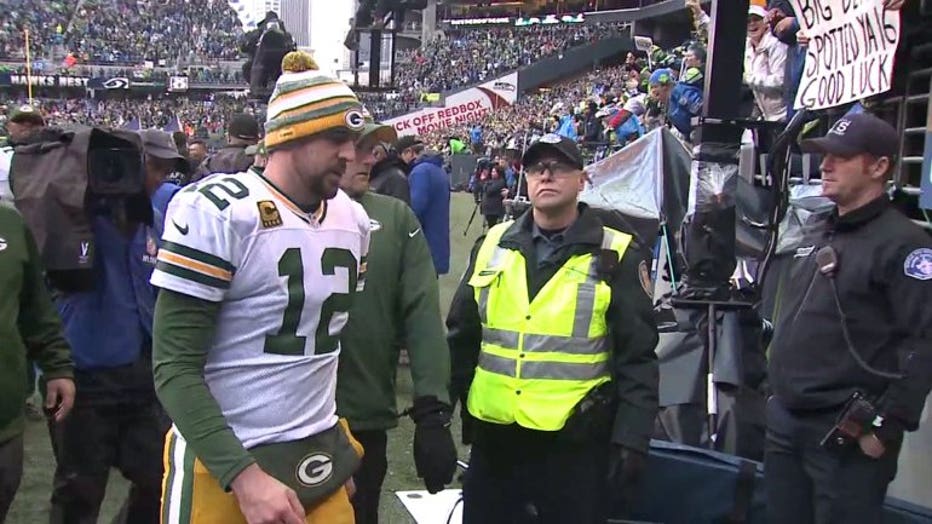 2014 was a season of unforgettable moments -- some good, some bad.

Green Bay won its fourth consecutive division championship last season, setting a franchise record. However, it's hard to call the campaign a success.