HOUSTON - The Green Bay Packers hope to get back to the team's winning ways when they tackle the Houston Texans on Sunday, Oct. 25. Kickoff is set for noon -- and it's a game you can see only on FOX6. And stick around for a special edition of FOX6 News -- after the game. 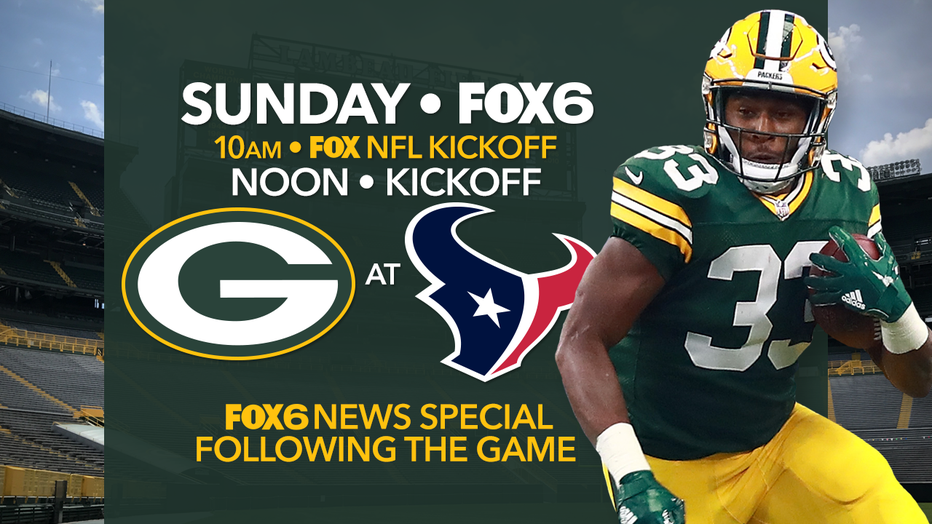 According to Packers.com, Sunday's game will mark the fifth matchup between the Packers and Texans, with Green Bay holding a 3-1 lead, including a 2-0 mark in Houston.

The Packers are coming off their first loss of the season. In the first season under Head Coach Matt LaFleur, Green Bay lost three regular-season games and each time responded with a win the next week.

Green Bay will return to Lambeau Field for a Week 8 matchup with the Minnesota Vikings on Nov. 1. It will be the Packers' third home game of the season -- and first since Oct. 5 against Atlanta.

A one-on-one interview with Green Bay Packers kicker Mason Crosby after the team's first loss of the season in Tampa Bay.

Sunday's game will be only the third time Aaron Rodgers and Tom Brady have battled against each other in their long careers.