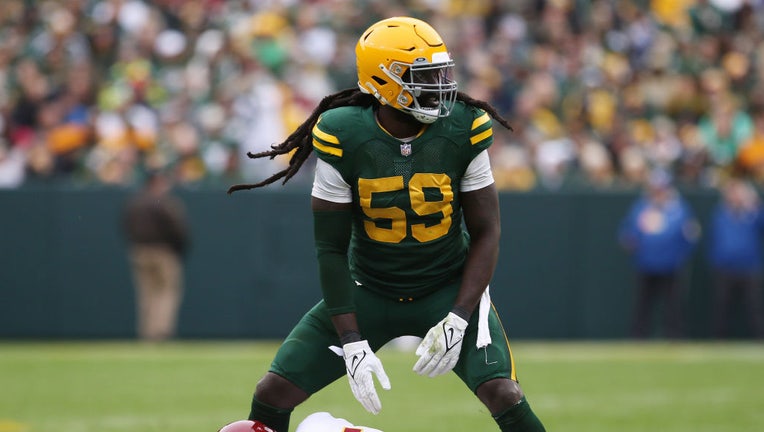 "In just one season, De’Vondre made an incredible impact on this team with his on-field performance and leadership," Gutekunst said in a statement. "We are excited that he is returning to the Packers to build upon last year and help lead our defense in the years to come."

Campbell, 28, was the Packers’ first inside linebacker to earn first-team All-Pro honors since Hall of Famer Ray Nitschke did it in 1966. Campbell had a career-high 145 tackles and gave the Packers the playmaking linebacker they had lacked in recent seasons.

Before coming to Green Bay, Campbell played for the Atlanta Falcons (2016-19) and Arizona Cardinals (2020). The Falcons selected him out of Minnesota in the fourth round of the 2016 draft.

Giannis Antetokounmpo had 36 points and 10 rebounds, Wesley Matthews made a clutch 3-pointer with 1:32 remaining, and the Milwaukee Bucks held off the Sacramento Kings 135-126 on Wednesday night.

Andrew McCutchen says his son is really excited about one thing when he starts playing in Milwaukee.