ARLINGTON, Texas — The Green Bay Packers have selected Louisville cornerback Jaire Alexander with the 18th overall pick of the NFL draft, hoping he is the playmaker they desperately need after another subpar year on defense. 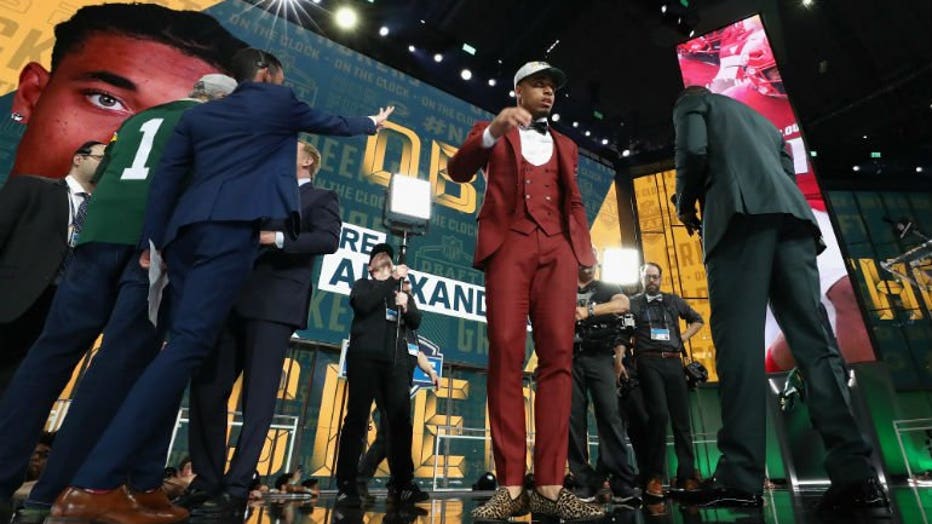 ARLINGTON, TX - APRIL 26: Jaire Alexander of Louisville reacts after being picked #18 overall by the Green Bay Packers during the first round of the 2018 NFL Draft at AT&T Stadium on April 26, 2018 in Arlington, Texas. (Photo by Ronald Martinez/G

The Packers entered Thursday night with the No. 14 pick, but new general manager Brian Gutekunst acquired the Saints' first-round pick (No. 27), a fifth-round pick (No. 147) and the team's first-round selection in 2019. Then the Packers moved up to No. 18 and also received the No. 248 pick in the seventh round and gave Seattle the No. 27 pick, a third-rounder (No. 76) and a sixth-rounder (No. 186).

Injuries have ravaged the Green Bay cornerback position in recent years. The Packers dealt Damarious Randall to the Browns earlier in the offseason in a trade that brought backup quarterback DeShone Kizer to Green Bay. That left last year's second-round pick, Kevin King, as the Packers' top cornerback following an injury-shortened rookie year.

Veteran Tramon Williams returned as a free agent to the Packers, who also brought back Davon House. But a defense can never have too many cornerbacks in the pass-happy NFL.

With his potential to make an immediate impact, Alexander was too good to pass up for new coordinator Mike Pettine's defense.