NASHVILLE -- Rashan Gary was already living a dream when he was starring at Michigan.

The pioneering rush specialist will get a chance to take that to a new level in Green Bay. The Packers chose Gary with the 12th overall pick Thursday night and traded up nine spots to take Maryland safety Darnell Savage at No. 21, sticking with their recent tradition of focusing on defense first in the NFL draft. 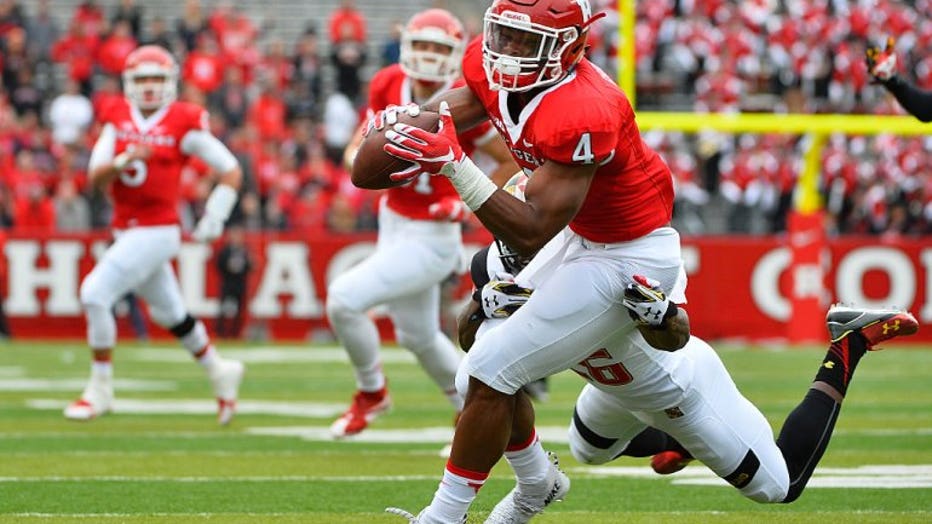 PISCATAWAY, NJ - NOVEMBER 28: Darnell Savage Jr. #26 of the Maryland Terrapins attempts to tackle Leonte Carroo #4 of the Rutgers Scarlet Knights during a game at High Point Solutions Stadium on November 28, 2015 in Piscataway, New Jersey. (Photo by

Despite having hired an offensive-oriented head coach in Matt LaFleur and knowing that their two-time NFL MVP quarterback Aaron Rodgers is nearing the end of his illustrious career, the Packers opted instead to bolster a defense that already received reinforcements during free agency. 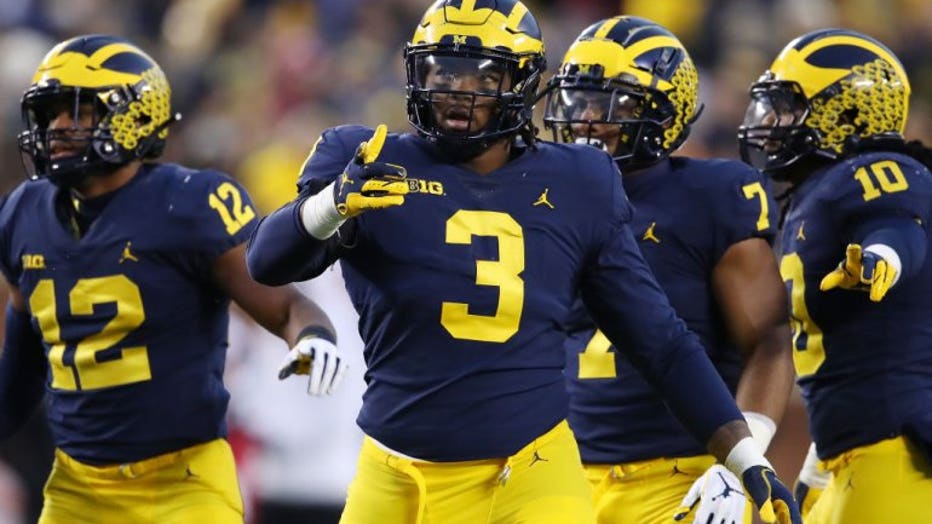 General manager Brian Gutekunst said earlier in the week that the veteran free-agent additions on defense gave him more flexibility with his picks, but it didn't necessarily mean he'd shy away from a defensive player in the first round if someone he liked was there.

In the end, he liked two.

Savage could fill the team's keen need at safety. He ran a 4.36-second 40-yard dash at the scouting combine and had been moving up draft boards since. He had seven interceptions over the last two years for the Terrapins. Last season, he was a second-team All-Big Ten pick after picking off four passes, breaking up two more and finishing with 52 tackles.

The 6-foot-5, 281-pound Gary was a second-team preseason All-American, but a shoulder injury limited him to nine games as a junior and he finished with 44 tackles — including seven for losses — and 3½ sacks last season. He was an All-Big Ten player as a sophomore when he had 66 tackles, including 12 for losses and six sacks.

He began focusing on his future after his injury-stunted season ended with a loss to Ohio State. He declared for the draft, skipping the Wolverines' bowl game and his senior season.

Gary took the unusual move of forming his own sports agency while still with the Wolverines, proudly serving as founder and CEO. He explained in January that it fulfilled a vision he had as a high school star. Gary, who is from Plainfield, New Jersey, signed with Michigan as the top-rated high school player in the country.

He broke down in tears of joy at home as he learned he was headed to Green Bay. He is expected start out at outside linebacker in Green Bay and move around in defensive coordinator Mike Pettine's scheme.

The 12th overall pick was the Packers' highest in 10 years since they made defensive tackle B.J. Raji the ninth selection. Green Bay had the 30th overall pick, too, but dealt it to Seattle to move up to get Savage and also sent the Seahawks a pair of fourth-round picks.

Since Rodgers become quarterback, the Packers have now spent their first picks on defense in eight straight drafts and attention could shift to offense.

Rodgers is 35 entering his 15th season and the Packers have missed the playoffs two straight years, putting more pressure on the star QB and LaFleur to deliver. During last year's forgettable 6-9-1 season, Green Bay was 15th in the league in points, 12th in yards and a woeful 23rd in third-down conversions. Rodgers was banged-up all year, finishing with 25 touchdown passes, a career low for a season in which he played at least 15 games.

The Packers also lost experienced slot receiver Randall Cobb and many believe the team needs a top tight end even though Jimmy Graham and Marcedes Lewis are back.