GREEN BAY — To get back to the playoffs, the Green Bay Packers' defense needs to improve against the pass.

The two-time NFL MVP got help in the passing game on the third day of the NFL draft after the Packers prioritized pass defense in the early rounds.

They took Louisville's Jaire Alexander in the first round and Iowa's Josh Jackson, who led the nation with eight interceptions last year, in the second. 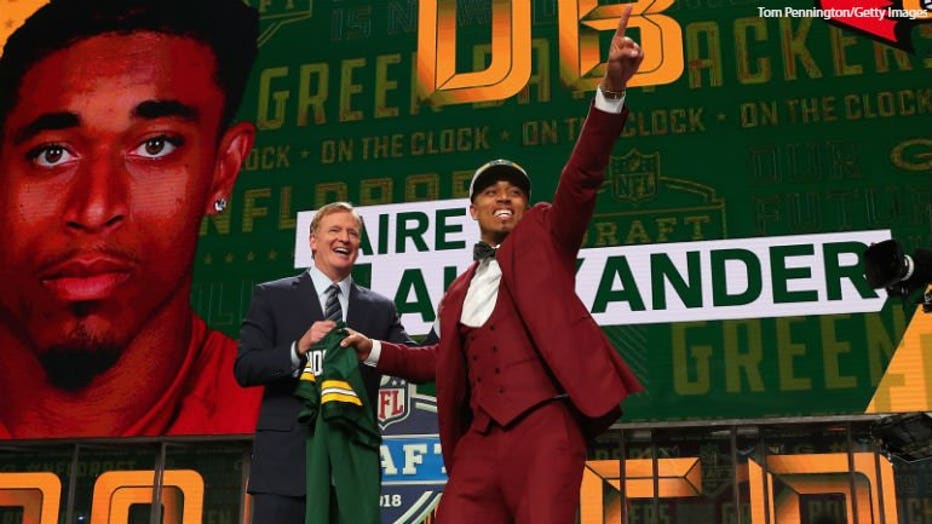 ARLINGTON, TX - APRIL 26: Jaire Alexander of Louisville reacts with NFL Commissioner Roger Goodell after being picked #18 overall by the Green Bay Packers during the first round of the 2018 NFL Draft at AT&T Stadium on April 26, 2018 in Arlington

"Their ball skills are exceptional," coach Mike McCarthy said Saturday. "I think they're a great fit to how we want to play defense."

Pass defense was a problem again for a team that finished 7-9 last season. The Packers didn't make the playoffs for the first time since 2008.

The setback set up an offseason of change. Longtime executive Brian Gutekunst was promoted to general manager to succeed the retired Ted Thompson in January. McCarthy overhauled the coaching staff, including the hiring of Mike Pettine to replace Dom Capers as defensive coordinator.

Cornerback was the top priority. Besides drafting Alexander and Jackson, the Packers brought Tramon Williams back as a free agent to add another presence in the secondary. 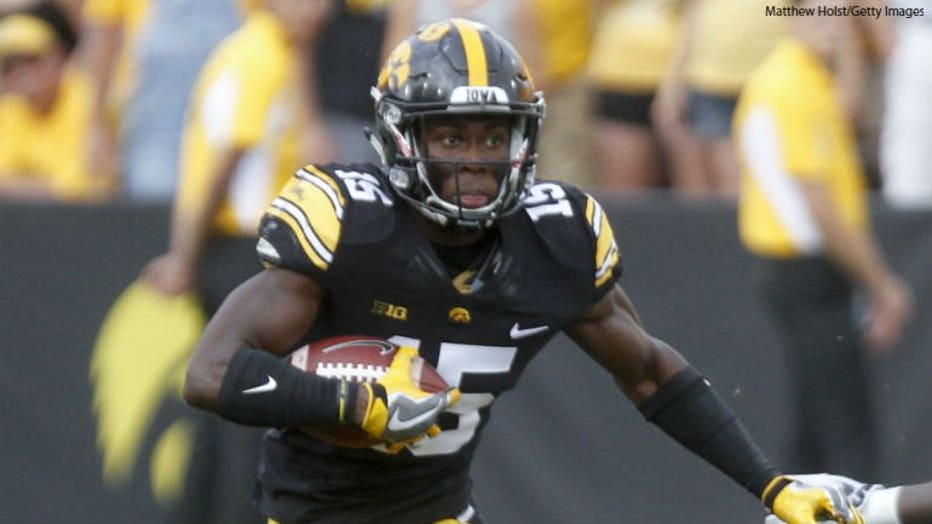 IOWA CITY, IOWA- SEPTEMBER 16: Defensive back Josh Jackson #15 of the Iowa Hawkeyes returns a kick during the fourth quarter in front of linebacker E.J. Ejiya #22 of the North Texas Mean Green on September 16, 2017 at Kinnick Stadium in Iowa City, Io

"With the competition in the cornerback room, and the defensive back room, it's vastly improved," McCarthy said.

The focus shifted to offense for the late rounds on Saturday. The passing attack slipped to 25th in the league last season after Rodgers was limited to seven games because of a broken collarbone.

Gutekunst drafted three wideouts, starting with Missouri's J'Mon Moore in the fourth round. The 6-foot-3 senior had team highs of 65 catches and 1,082 yards last season. 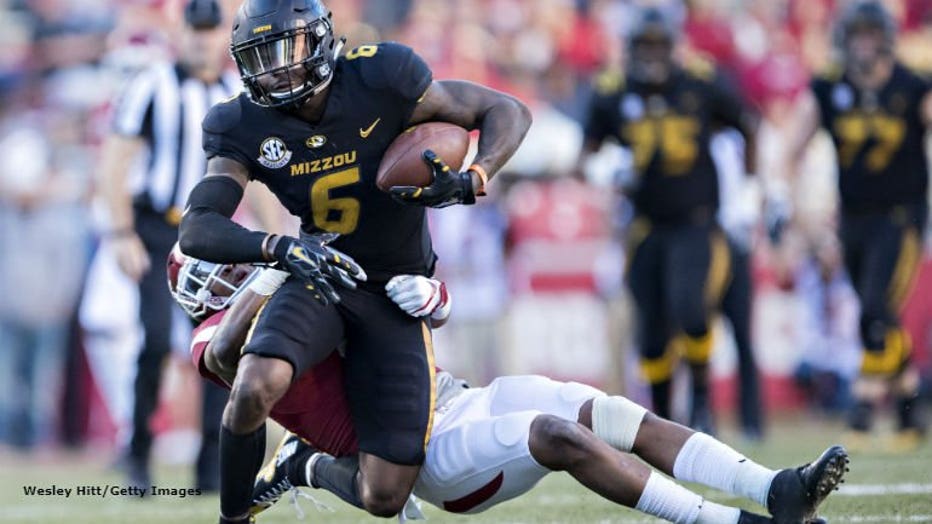 FAYETTEVILLE, AR - NOVEMBER 24: J'Mon Moore #6 of the Missouri Tigers runs the ball and is grabbed from behind by Henre' Toliver #5 of the Arkansas Razorbacks at Razorback Stadium on November 24, 2017 in Fayetteville, Arkansas. The Tigers defeated th

Opportunities abound in the receiving group behind Davante Adams and Randall Cobb after veteran Jordy Nelson was cut in the offseason.

Other highlights from the Packers' draft class:

CATCHING ON: Besides Moore, the Packers also took two 6-5 receivers in South Florida's Marquez Valdes-Scantling in the fifth round and Notre Dame's Equanimeous St. Brown in the sixth round. Valdes-Scantling offers an intriguing blend of size and speed after he ran the 40-yard dash at the NFL combine at 4.37 seconds. Brown played with Packers backup quarterback DeShone Kizer for two seasons at Notre Dame. 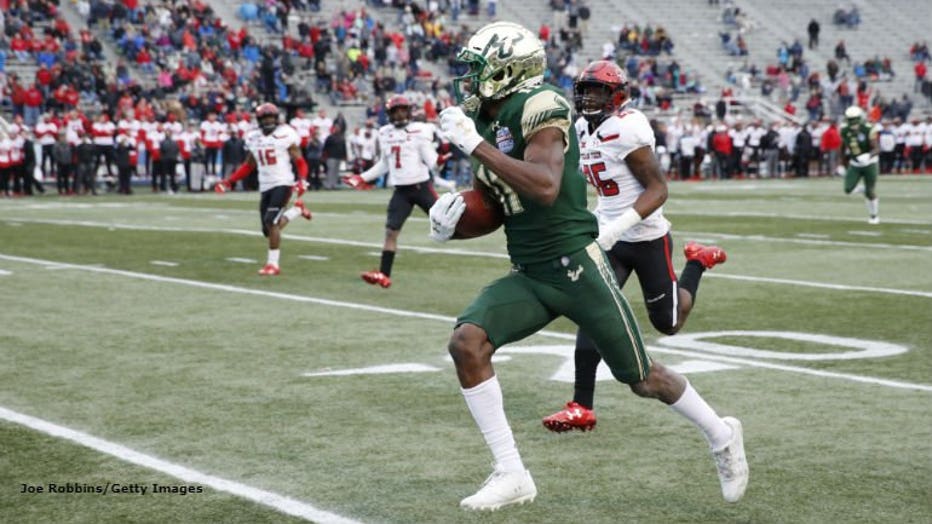 BIRMINGHAM, AL - DECEMBER 23: Marquez Valdes-Scantling #11 of the South Florida Bulls runs toward the end zone with a 64-yard touchdown reception against the Texas Tech Red Raiders in the second half of the Birmingham Bowl at Legion Field on December 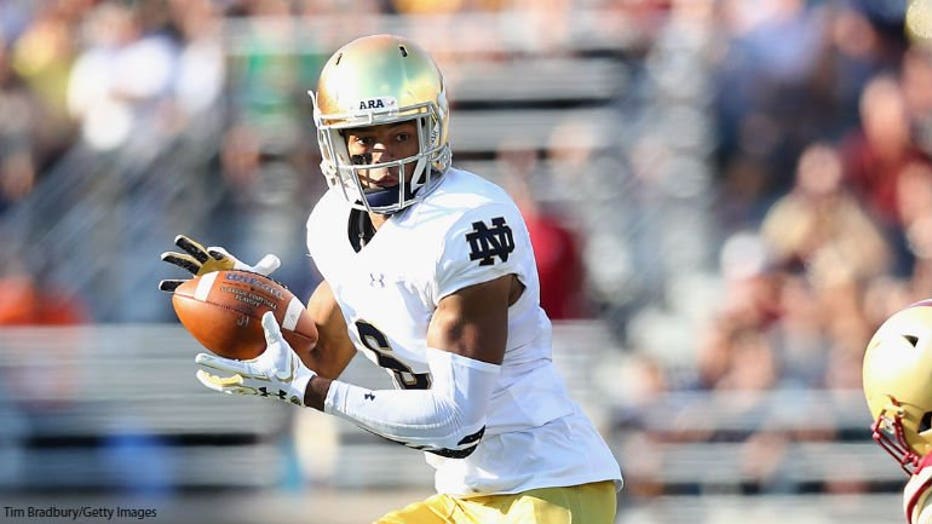 CHESTNUT HILL, MA - SEPTEMBER 16: Equanimeous St. Brown #6 of the Notre Dame Fighting Irish attempts to make a reception during the first half against the Boston College Eagles at Alumni Stadium on September 16, 2017 in Chestnut Hill, Massachusetts.

CREATING COMPETION: By taking three receivers, the Packers stockpiled prospects to fill depth at a skill position for a second straight year. The strategy worked at running back in 2017, when fourth-round pick Jamaal Williams and fifth-rounder Aaron Jones emerged as solid contributors.

"You hope the guys embrace it and are pros about it and try to get better," scout Matt Malaspina said. "The whole group gets better as each guy gets better."

THAT'S SPECIAL: There might be competition at punter, too, after the Packers drafted JK Scott from Alabama. Scott had just five punts returned as a senior, crediting the success to a renewed focus on hang time. Last year's punter, Justin Vogel, was seventh in the NFL in net punting average at 41.6 yards. 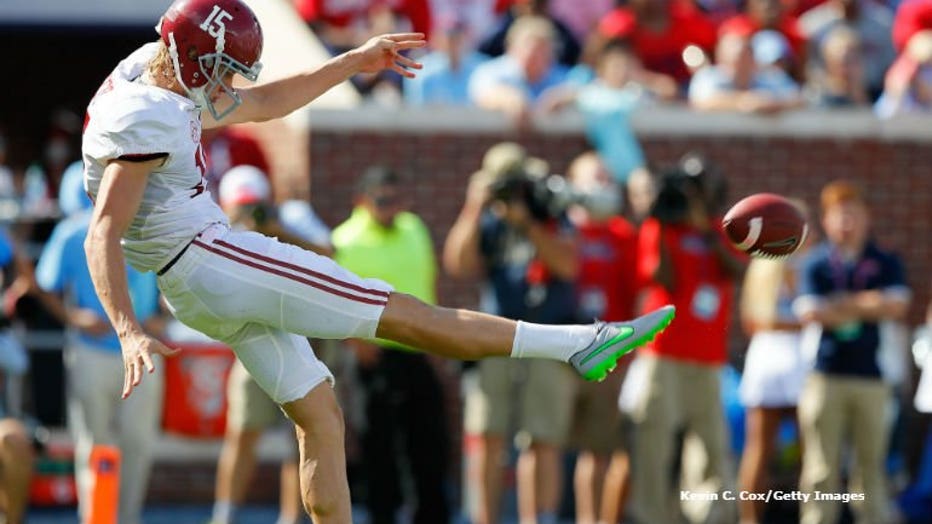 OXFORD, MS - SEPTEMBER 17: JK Scott #15 of the Alabama Crimson Tide punts against the Mississippi Rebels at Vaught-Hemingway Stadium on September 17, 2016 in Oxford, Mississippi.

Green Bay also took a long snapper with the second of their three seventh-round picks in Mississippi State's Hunter Bradley.

LATE PICKS: The selection of offensive lineman Cole Madison from Washington State in the fifth round addressed another position of need. The 6-5 Madison played tackle in college. But the Packers like his versatility and plan to use him at guard. Green Bay has questions on the right side of the line. 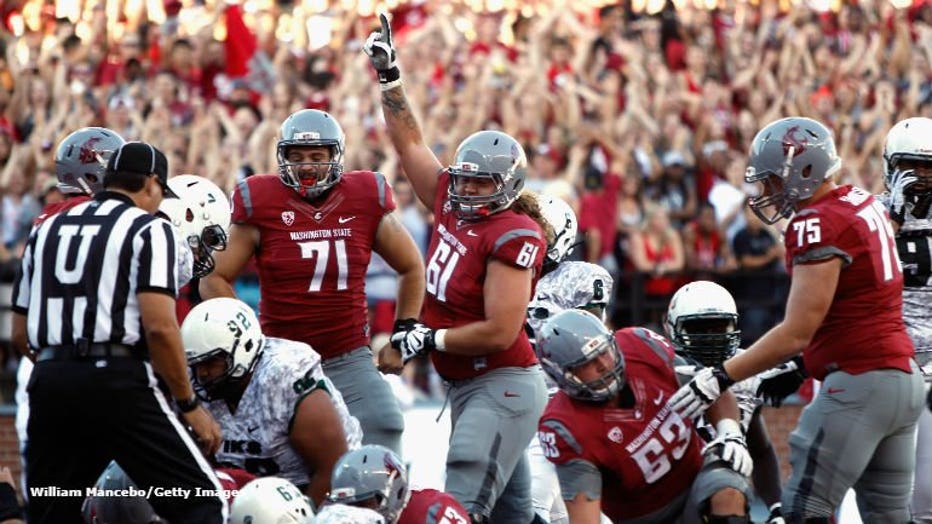 STILL NEED: Unless Looney or Donnerson prove to be late steals, the Packers will still need help in the pass rush. Clay Matthews turns 32 this year, while Nick Perry was limited to 12 games last season because of injuries. They could use more production out of third-year backup Kyler Fackrell. Vince Biegel should start the season healthy after missing the first seven games of his rookie season with a foot injury.

"The biggest gains that we've always made have been our returning players," McCarthy said.