CEDARBURG -- Golf is commonly known as the "gentleman's sport," while soccer can be seen as the "hooligan's sport." Mix them together, and you get an interesting new sport -- foot golf. 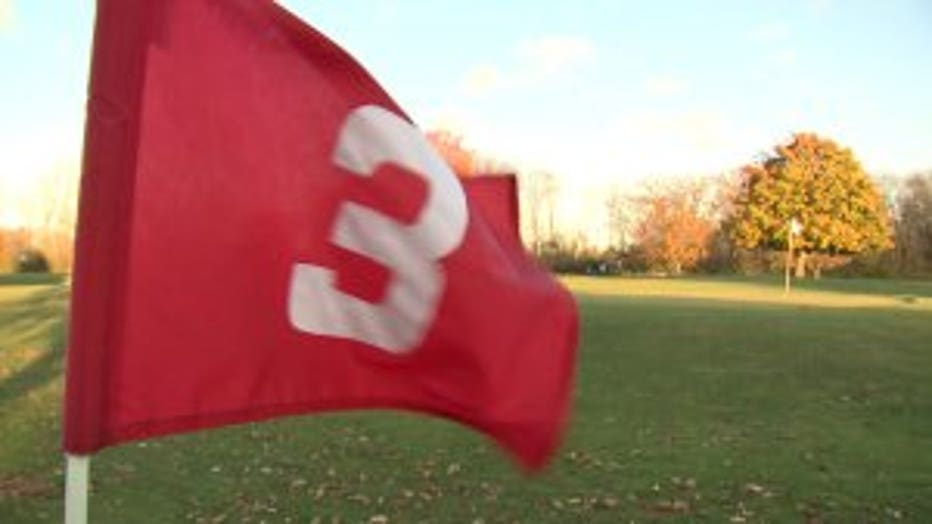 The U8 Fusion Academy soccer team wrapped up their fall season with a fun and unusual get together.

"The kids worked hard this year. It's just nice to have something fun," said Jake Hatzenbuhler, U8 Fusion Academy soccer coach.

That 'something fun' is foot golf! The sport is somewhat new to the United States, but it is growing in popularity.

"It's really nice because it's an activity that anybody can do," said Kurt Baehmann, Baehmann's Golf Center director of operations. 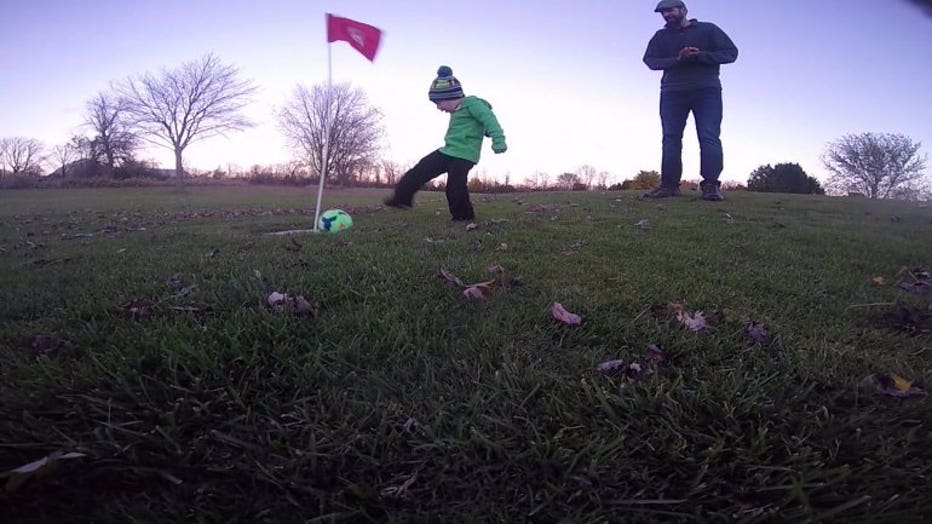 The game combines aspects of golf and soccer -- so players follow golf rules, but instead of a golf ball -- a soccer ball is used. And there are no golf clubs -- only a player's foot.

"You start in the tee box just like you do with regular golf -- in between the tee marks, kick down the fairway," said Baehmann. 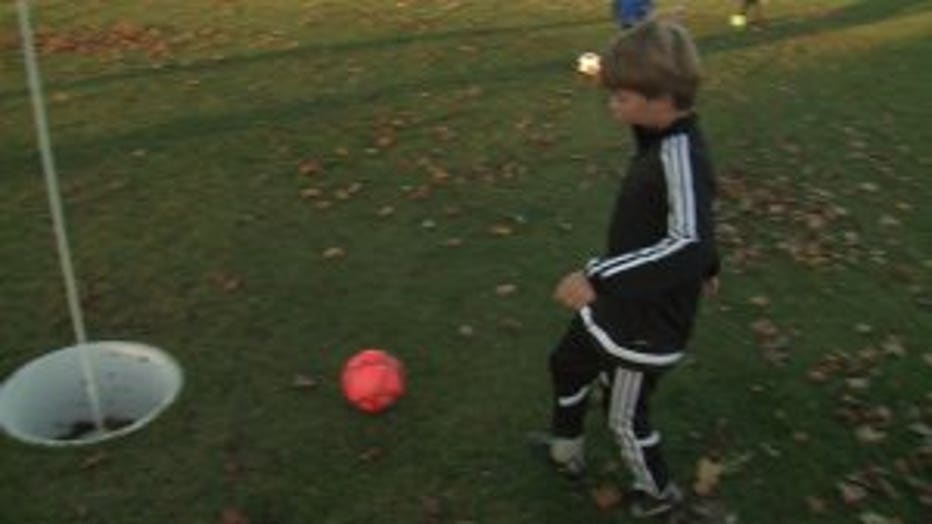 The goal is to use the fewest amount of kicks to get the ball into the hole.

"Golf is a lot more difficult. It takes a lot more patience. Soccer golf is just fun. I mean, you can come out here and spend an hour or two and play a round for, you know, nine or 18 holes and just enjoy it," said Hatzenbuhler.

For Kurt Baehmann, the sport is ideal for almost anyone.

"We get full families. You'll get people in the 20s and 30s that come out and they'll have a few beers. We had a group of people in their 80s that come out that instead of -- they would normally get together every week and go for a walk in the park, but now they decided, 'let's try this foot golf thing.' You don't have to have a full team of people. You don't have to be in amazing physical condition. As long as you can kick a ball you can play," said Baehmann. 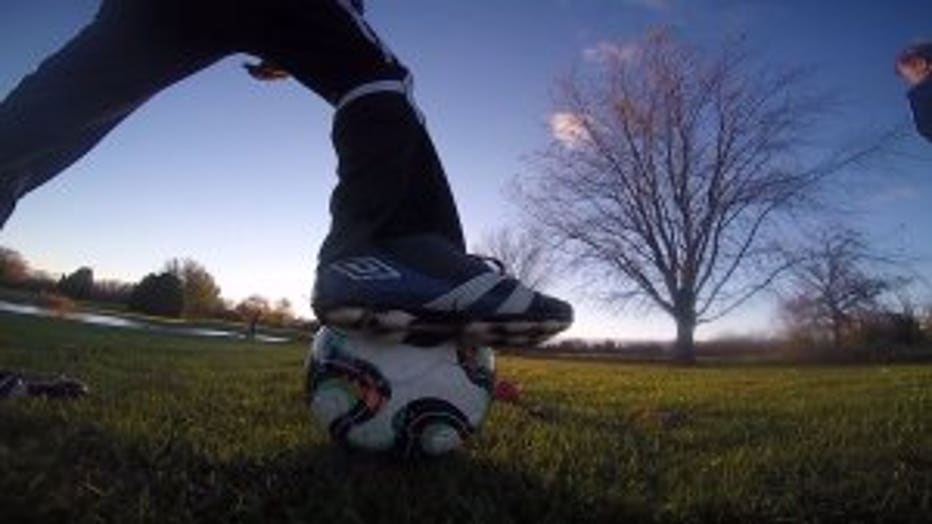 It's an inclusive activity that fits in perfectly for the Baehmann's Golf Center. The center has been part of the Cedarburg community for 55 years.

"My dad started it with my grandparents in 1960," said Baehmann.

Over time, as the economy has changed, what was once only a golf shop has evolved as well.

"I can hope all I want that golf is this amazingly growth sport but, you know, we're going to do what we can -- but we also have to come up with other options for people to do and we really want to become an entertainment facility," said Baehmann. 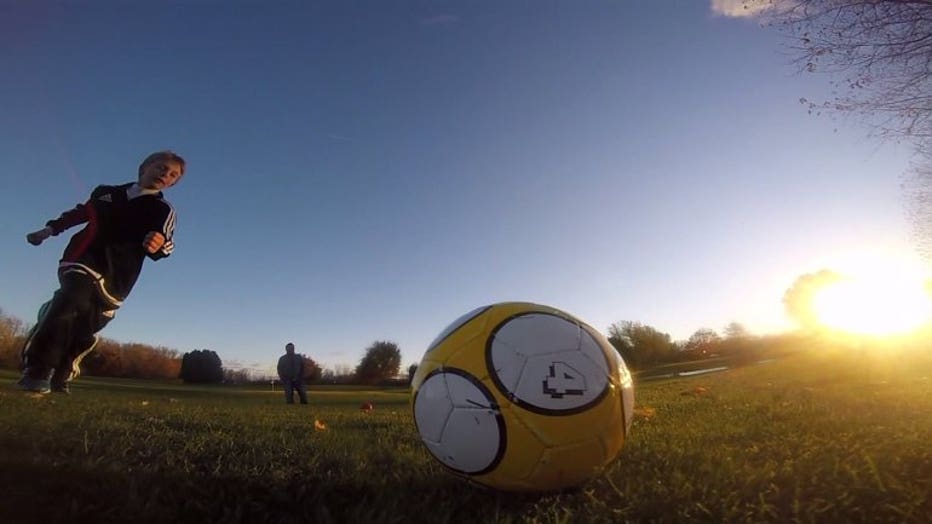 "Because the holes are right next to the golf greens, we've had groups of parents and kids where the parents will play regular golf, the kids will play foot golf and they'll play together in the same foursome," said Baehmann.

Whether it's a simple foursome, or a soccer team celebrating another season, foot golf is quickly becoming a household sport and bringing friends and families together. 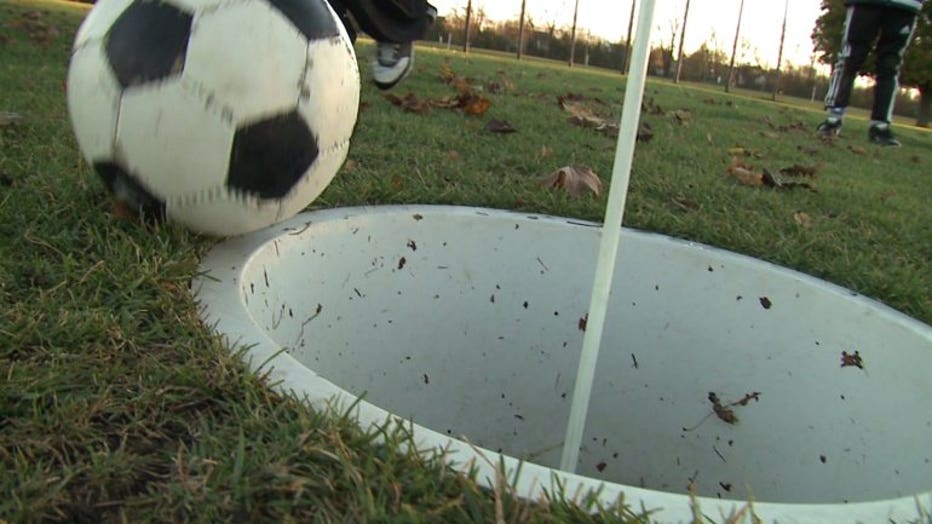 "That's ultimately what we're all about, is really trying to create a place for people to get outdoors, get off the couch, get away from the TV and playing video games -- get out there, breathe some fresh air and have fun with people and socialize," said Baehmann.

Believe it or not, there is a pro tour for foot golf. Baehmann believes in the next few years, it will be popular enough for those professionals to make enough money touring to call it a career.