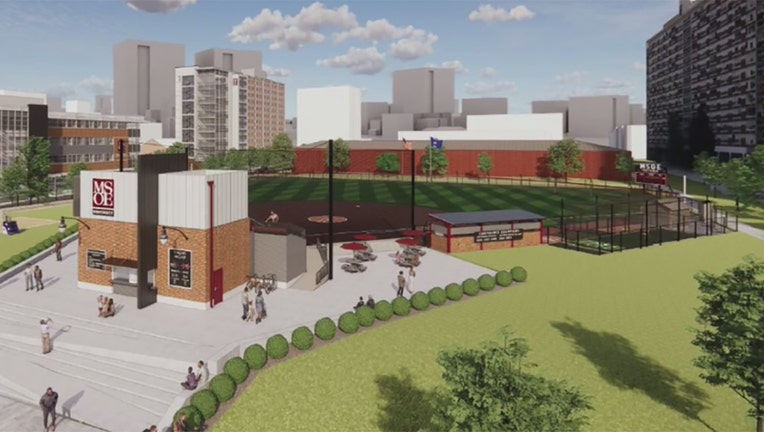 MILWAUKEE - A ceremonial groundbreaking was held Friday for MSOE Raiders Softball Stadium at the northeast corner of Milwaukee and State Streets.

The new $2.9 million stadium will be home to MSOE’s NCAA Division III women’s softball team. Construction is expected to begin this month and will be complete in time for the 2023 spring softball season.

The stadium is part of a larger project to expand the facilities for MSOE athletics, provide greater opportunities for women athletes and expand co-curricular arts programming, a news release said.

In phase one, new offices for coaches and new women’s locker rooms are being built in the Kern Center and Viets Field. This allows the MSOE athletics program to add five new women’s teams to its roster – lacrosse, hockey, swim, golf and bowling – and to expand women’s track and field offerings.

The number of women athletes will increase by 130, more than doubling the current number of women who participate in varsity sports, the news release said. Additionally, MSOE’s music programs will get their own renovated and first-ever dedicated space on campus as part of the broader project.

MSOE Raiders Softball Stadium will replace the university’s existing softball field, which is in the heart of campus in downtown Milwaukee. Once complete, the stadium will provide the softball team with a state-of-the-art facility, comparable to the Kern Center, Viets Field and Raiders Baseball Stadium in Glendale.

Betty Brinn Children's Museum will not be joining the Milwaukee Public Museum at its new facility as was originally planned, officials said in a statement Friday.

The Italian Community Center Board of Directors announced Friday, April 8 that after careful consideration, Festa Italiana 2022 will not be held in July at Henry Maier Festival Park.