MILWAUKEE -- Construction officials and the Milwaukee Bucks showed off the progress at the new arena Friday, July 28th. They say a little more than 50 percent of the project is now complete. Team officials then alluded to a significant partnership that could be in the works.

Two years ago on this date, the State Assembly approved the funding package for the new arena. Now, team officials are celebrating the halfway mark on construction. The biggest news of the day, however, was the Bucks sharing they've had multiple meetings with Foxconn. 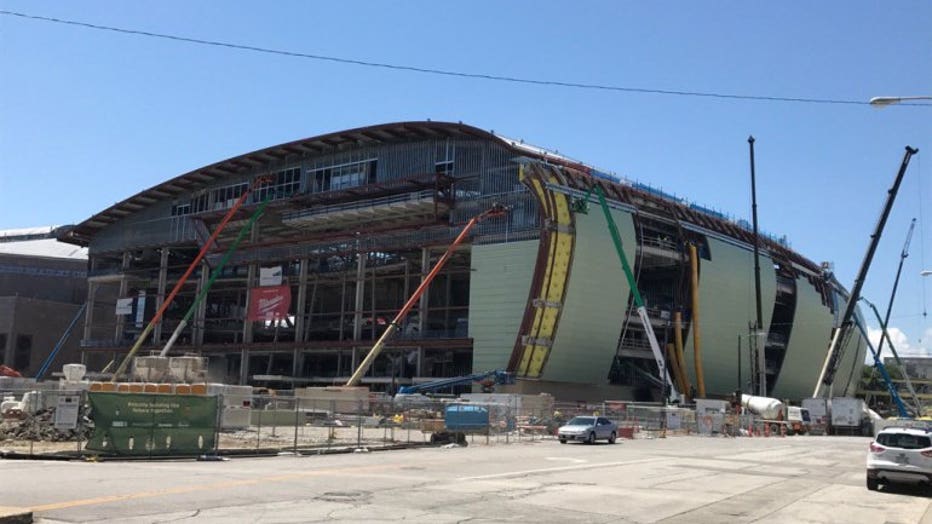 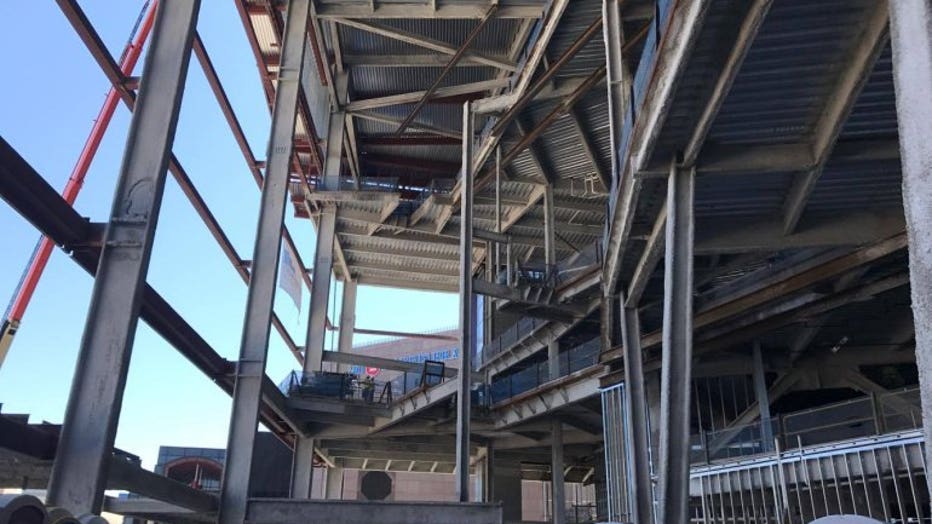 A crew of 677 workers continue the progress. Since the last tour, the seating bowl is completely enclosed with part of the roof now up.

"We're almost in an enclosed building, which really gives us the imagination of what the arena will look like in its entirety," said Milwaukee Bucks President Peter Feigin. 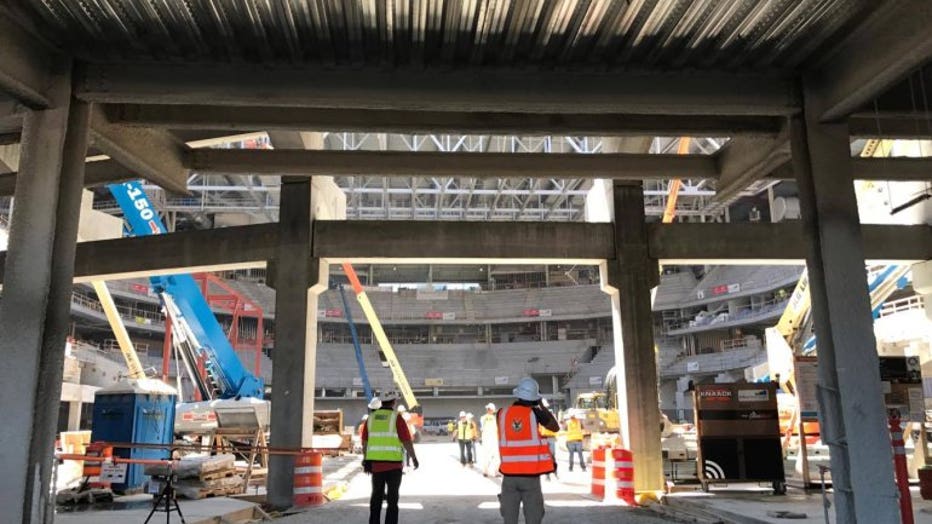 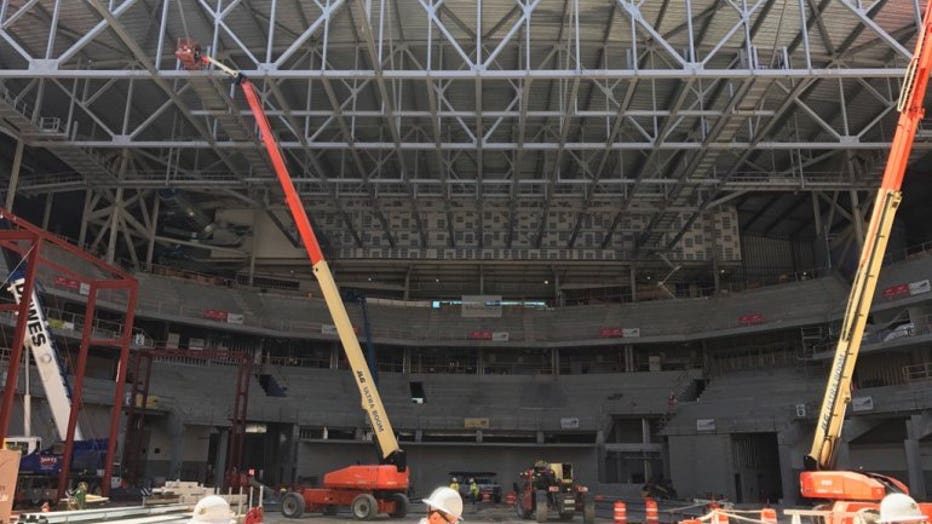 Project managers say the arena, which will cost more than $500 million, is a little more than halfway built. Electricity will come in the next couple weeks with the goal of getting the arena fully enclosed by late fall.

"We'll have heat, we'll have electric power, we'll have water. We'll have all of those facilities on in the building for the winter," said Feigin. 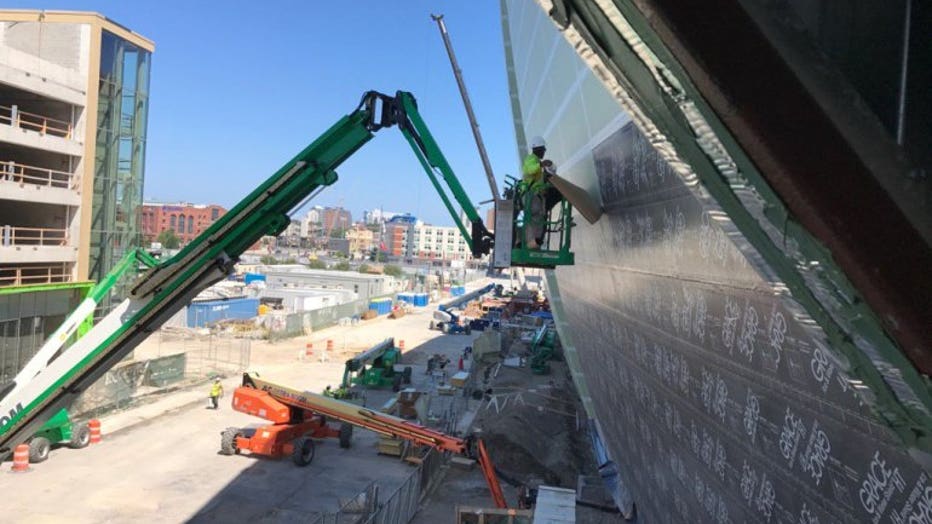 Down the line, Feigin says the team has met with Foxconn -- the Taiwanese tech giant that just pledged to build a $10 billion LCD display plant in Wisconsin.

"I think, in a perfect world, they want to use a p professional sports entertainment arena as a platform for 8K technology and we're certainly exploring it with them as an opportunity," said Feigin.

There are still no updates on whose name will be on the arena. Workers prepare the exteriors Friday, for the zinc panels about to go on. 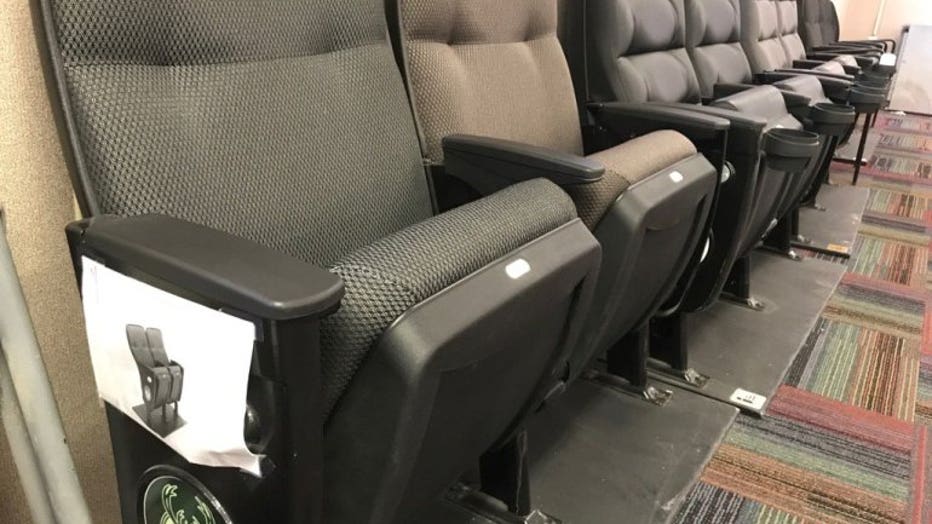 The managers overseeing the project have built other arenas, but for those from here, seeing the progress means a little more. 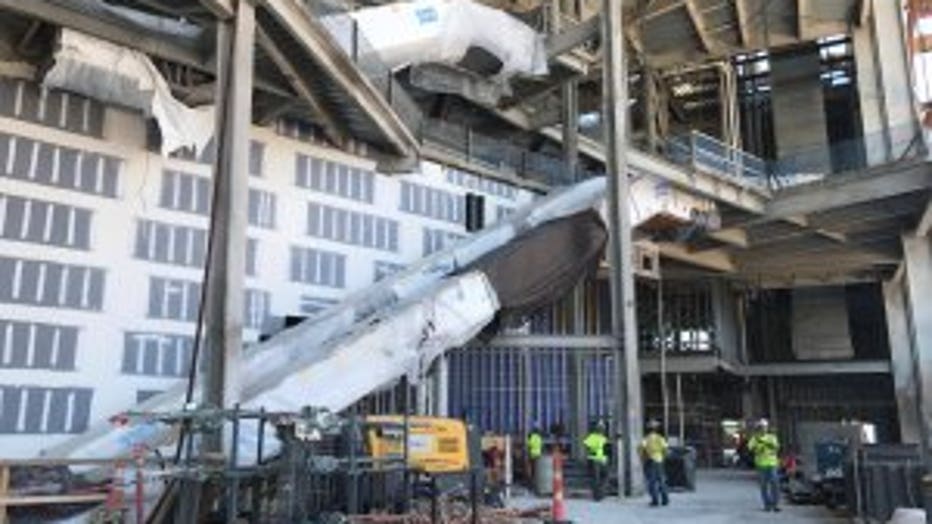 "I'm a resident of Milwaukee, so I guess I have an extra level of pride because it's the home team, it's something my kids can share with me," said Project Manager Jeff Maples.

Managers say starting next week, you'll see the brown zinc panels start to go up. They say the project is on schedule. The plan is to open the arena late next summer with some concerts before the NBA season.

A combination of state, county, and city funding is covering half the construction costs. Because of the financing structure, however, the public is estimated to pay about $400 million after interest. The team is responsible for any cost overruns and future upgrades.