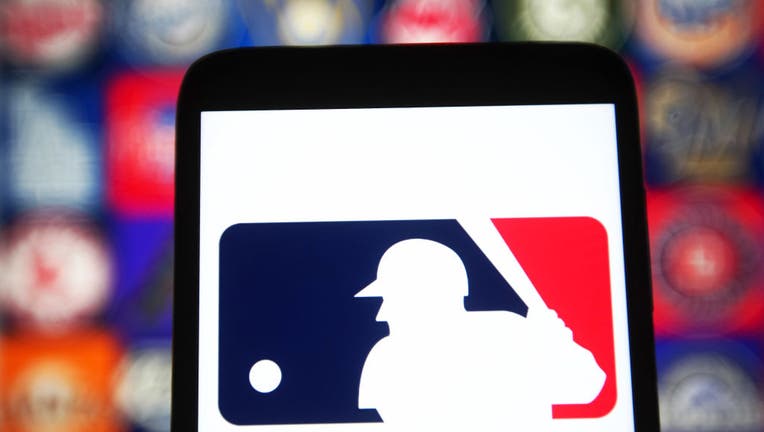 UKRAINE - 2021/08/30: In this photo illustration a Major League Baseball (MLB) logo is seen on a smartphone screen. (Photo Illustration by Pavlo Gonchar/SOPA Images/LightRocket via Getty Images)

"In mid-September, the owners discussed the issue of player housing and unanimously agreed to begin providing housing to certain minor league players," MLB said in a statement to The Associated Press on Sunday night. "We are in the process of finalizing the details of that policy and expect it to be announced and in place for the 2022 season."

ESPN, citing anonymous sources, first reported Sunday on the owners’ decision, saying the league would require major league teams to provide housing either via stipends to fully cover rent or by arranging the lodging themselves.

RELATED: Officials think graves might be hidden under an MLB field's parking lots

The league did not specify which players would be covered by the new policy.

Video shows worker being tossed across tarp at Baseball stadium

The move is expected to ease the burden on players, some of whom have incomes from teams that fall below the federal poverty line of $12,880 for individuals.

While teams generally arrange for hotel accomodations for road trips, players have largely been left to find their own housing for homestands. The level of assistance provided by teams varies widely — lower-level affiliates sometimes arrange host families for younger players, and some organizations have offered housing stipends to some or all players. The Houston Astros are believed to have become the first team in baseball to provide furnished apartments to all players when they did so for the 2021 season.

But mostly, players are left to handle housing on their own, usually seeking short-term leases on little notice with a limited budget. It’s not uncommon for teammates to overcrowd apartments and sleep on air mattresses. One player and his girlfriend in 2019 even took the unusual step of living in a renovated school bus.

Boy steals the show by imitating umpire at baseball game

A young boy stole the show at a baseball game in Hammond, Louisiana, as he imitated his idol – the umpire – on March 28. Credit: Hutch Gonzales via Storyful.

"MLB is engaged in a multi-year effort to modernize the minor league system and better assist players as they pursue their dreams of playing in the major leagues," MLB’s statement also said. "In 2021, we increased the salaries for minor league players by 38-72% depending on level and significantly reduced travel requirements during the season. In addition, hundreds of millions of dollars worth of improvements to minor league ballparks around the country are already underway, including substantial renovations to player-facing facilities like locker rooms and training rooms."

The statement came about a month after players in the Mets and Phillies organizations staged an on-field protest during the last weekend of the regular season, wearing teal wristbands to draw attention to pay they said was insufficient.

The demonstration was organized in part by Advocates for Minor Leaguers, which also handed out pamphlets to fans with suggestions for how MLB could treat minor leaguers better. In-season housing was among the ideas, along with raising wages, paying players year-round and offering three meals per day during the season.

"This is a historic victory for minor league baseball players," Advocates for Minor Leaguers executive director Harry Marino said in a statement. "When we started talking to players this season about the difficulties they face, finding and paying for in-season housing was at the top of almost every player’s list. As a result, addressing that issue became our top priority in this our first season in existence."