Milwaukee's Antonio Colon joined the coaching ranks when his children became old enough to play. Players and parents alike have really enjoyed Colon as their coach, so much so that they nominated him for Little League Coach of the Year.

MILWAUKEE - With every swing of the bat, there's always a lesson to be learned. That is the mantra of Lake Park Little League Coach Antonio Colon.

"I try to teach them not to get tied up on the score," said Colon. "It's really not about winning or losing. It's about what we learn out there, how well they perform, building our confidence and just showing that we can make the right play."

Colon joined the coaching ranks when his children became old enough to play. He says his philosophy is about setting his players up for success somewhere down the base paths.

"Getting a chance to be a head coach, that's been a pleasure, and to pass on my knowledge and share the passion with the kids that they have and help them grow and learn in the game regardless of their skill levels, it's just something I enjoy."

Players and parents alike have really enjoyed Colon as their coach, so much so that they nominated him for Little League Coach of the Year. 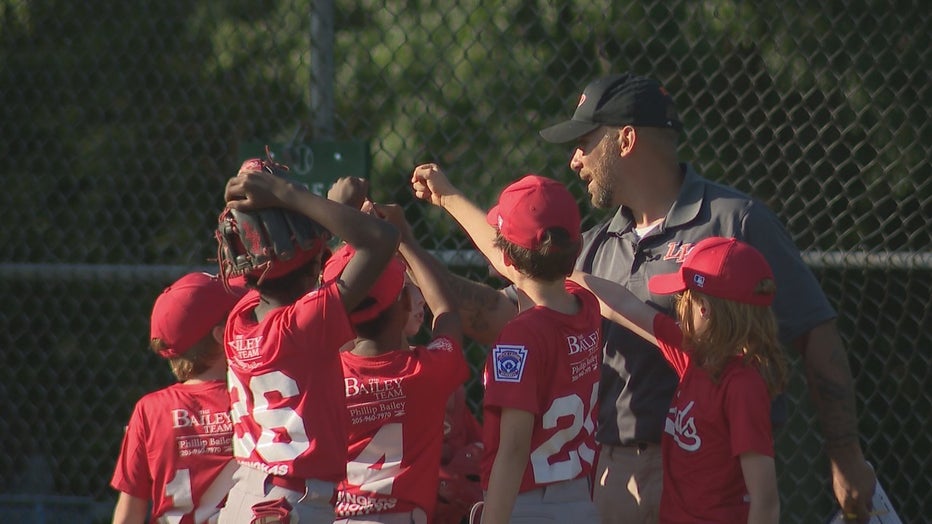 Colon knocked it out of the park.

"I'm still in shock about it," said Colon. "It's honestly an honor, something unexpected. I'm thankful for the parents that nominated me and put in the work to write something to Lance and Little League to make this happen."

The honor is accompanied by a $5,000 award for Colon to use for team equipment.

His advice for any parents who are on the fence about signing their kids up is simply to do it.

"Enjoy the game," said Colon. "If you feel your kid doesn't have the talent, still find them a league or somewhere that they can go out, enjoy the game and have fun. It's about getting out there and making some memories with friends, making new friends and learning and trying. You're going to fail, and you just got to learn from that and enjoy it."

Colon says he won't be hanging up the clipboard any time soon as long as his players and parents want him back.

"I'll go as far as my kids go with it and as far as parents still allow me to be here, having fun with their kids and teach them the game," Colon said. "I continue to share my passion and joy and knowledge of the game with them."

Colon will be officially honored with this award Sunday in Williamsport, Pennsylvania as a part of the Little League World Series festivities.