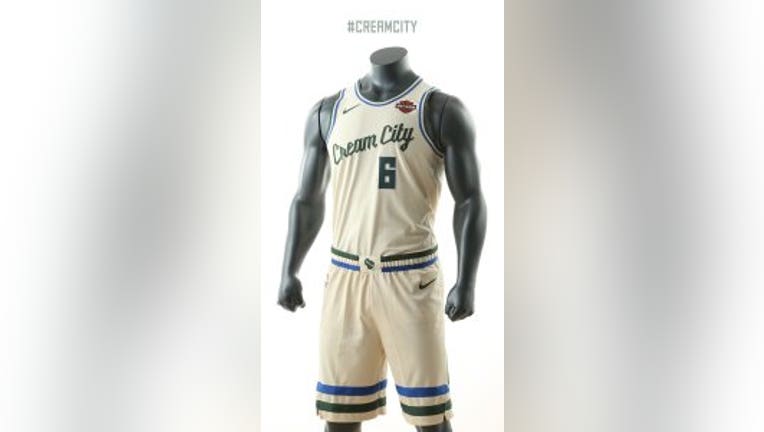 MILWAUKEE --The Milwaukee Bucks have unveiled their new Nike Cream City Edition uniform for the 2019-20 season. The uniform will be worn 20 times throughout the rest of the season and will make its debut on Saturday, Nov. 30, when the Bucks host the Charlotte Hornets at Fiserv Forum.

According to a press release, the uniform’s cream color serves as a nod to the bricks that built the foundation of Milwaukee and gave it its nickname “Cream City,” which is now proudly displayed to the world across the front of the uniform.

Details of the uniform, including the Bucks’ green and blue striping and script font, are reminiscent of the Bucks’ earliest days, but with a thoroughly modern touch. The shorts prominently feature the stylized “M” found throughout Bucks branding as a further representation of the team’s home city. Overall the uniform was created in honor of a city built brick by Cream City brick.