MILWAUKEE -- The Milwaukee Brewers acquired left-handed pitcher Eric Lauer, infielder Luis Urías and a player to be named or cash from the San Diego Padres in exchange for right-handed pitcher Zach Davies and outfielder Trent Grisham. 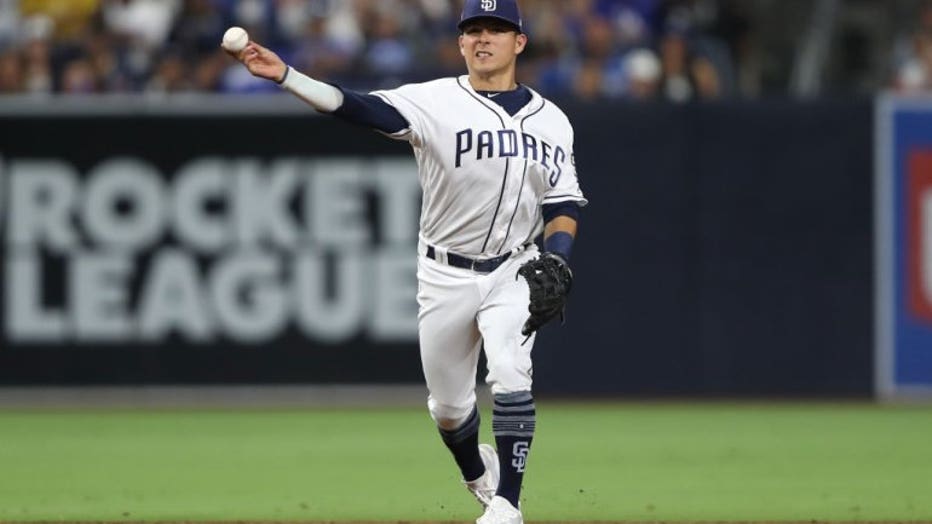 SAN DIEGO, CALIFORNIA - AUGUST 27: Luis Urias #9 of the San Diego Padres throws to first base during a game against the Los Angeles Dodgers at PETCO Park on August 27, 2019 in San Diego, California. (Photo by Sean M. Haffey/Getty Images) 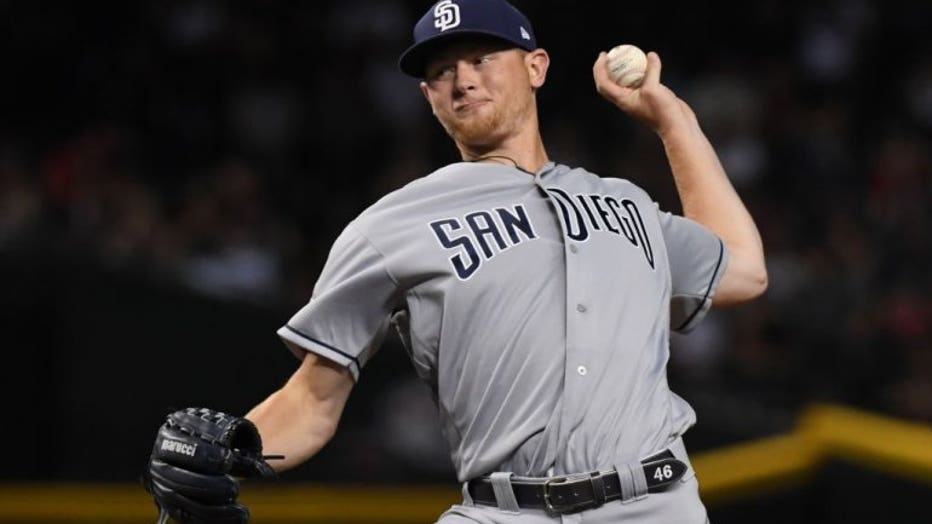