MILWAUKEE -- The Milwaukee Brewers released on Thursday, July 9 the team's 2021 Major League schedule -- even before the team has played a single game in 2020.

The schedule for next year shows the Crew will face off against the Minnesota Twins on Opening Day, set for Thursday, April 1. After that three-game series, the Brewers head to Chicago and St. Louis for three-game sets with the Cubs and Cardinals. 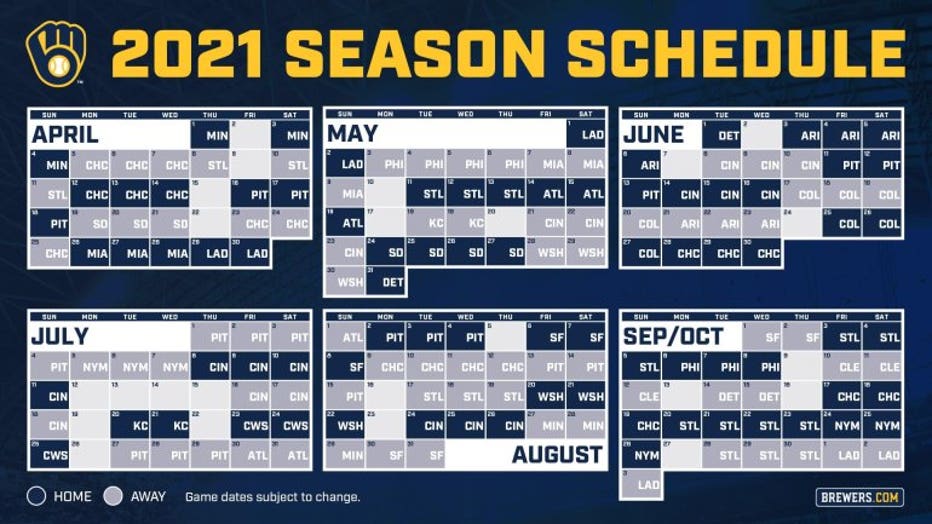 The Brewers 60-game schedule for 2020 was just released on Monday. It is set to begin on Friday, July 24 at Chicago against the Cubs. The 60-game regular season will wrap up away in Cincinnati and St. Louis.