GREEN BAY -- Mike Pettine is staying as defensive coordinator of the Packers.

New coach Matt LaFleur announced the decision Friday, answering one of his biggest questions just three days after being hired.

In his first year, Pettine installed a 3-4 scheme and had mixed results. First-round draft pick Jaire Alexander showed signs he will become the top cornerback the Packers desperately need, and Green Bay was ranked No. 12 in pass defense (234.5 yards per game), a big improvement over 2017. 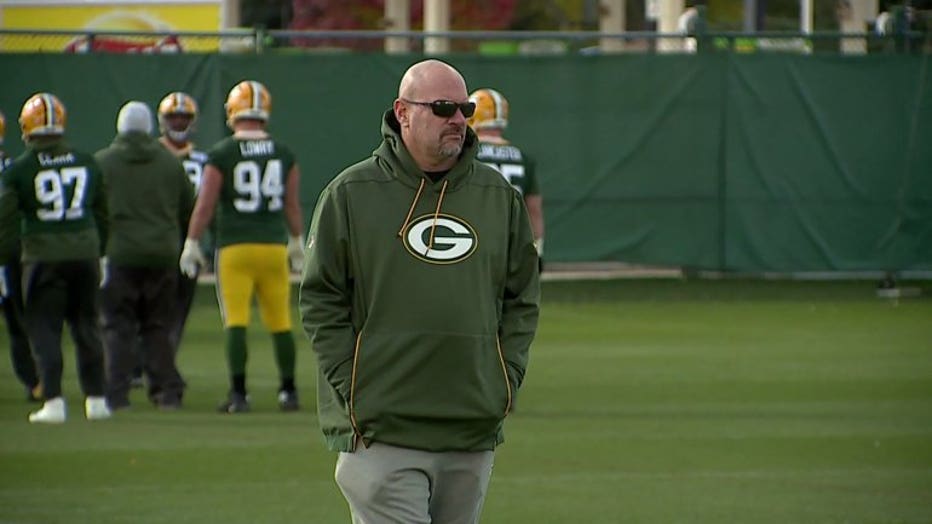 Green Bay finished 6-9-1 and out of the playoffs for the second straight year. As the Packers wrapped up for the offseason last week, Pettine said he was hoping to return to keep building.

"Of course, the foundation is the hardest thing to get right, and I feel that a lot of it has been built — and we've made a lot of mistakes," he said. "I think we learned, especially me personally, too, I've learned a lot of cases of what not to do versus what to do."

The Packers did pile up 44 sacks, tied for eighth in the league, though injuries struck the defensive line. Green Bay lacked a consistent rush at outside linebacker except for surprise sacks leader Kyler Fackrell (10½).

"I like his scheme," Fackrell said last week. "There were a lot of things that went against us this year with a ton of injuries, a ton of new guys. I think the way that he was able to still keep us playing pretty well, I think he did a great job."

Longtime defensive star Clay Matthews is a free agent after finishing with a career-low 3½ sacks in his 10th season with the Packers.