MADISON, Wis. - Angry about Wisconsin calling a late timeout, Michigan coach Juwan Howard began arguing in the postgame handshake line. Moments later, he hit a Badgers assistant in the head, and mayhem followed. He's been suspended for the rest of the season.

Big Ten officials issued the below lengthy statement on their website Monday afternoon, Feb. 21 announcing the suspension of Howard and two Michigan athletes. Wisconsin Coach Greg Gard was fined and one Badgers athlete was suspended. 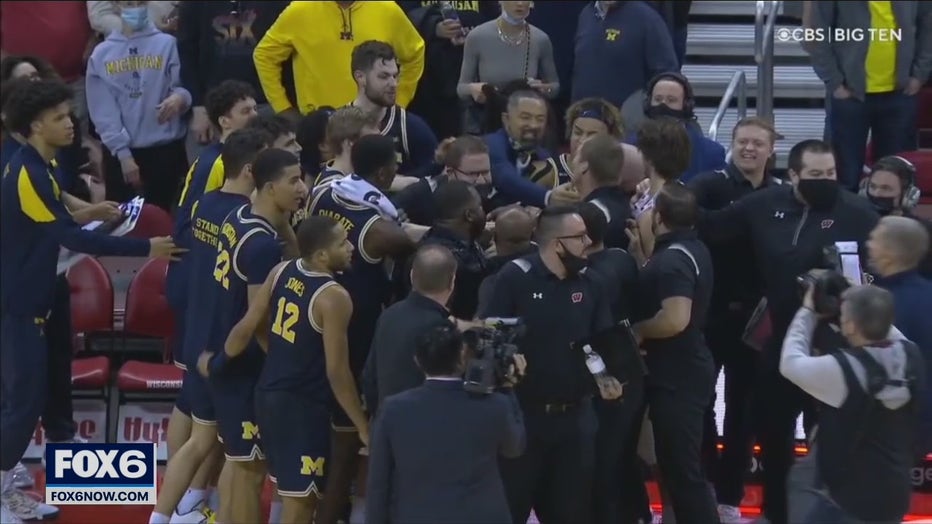 "In collaboration with University of Michigan and University of Wisconsin, the Big Ten Conference has reviewed the postgame physical altercation between the Michigan Wolverines and Wisconsin Badgers men’s basketball teams on February 20, 2022, in Madison, Wisconsin.

For their roles in the altercation, Michigan’s Terrance Williams II (forward), Moussa Diabate (forward), and Wisconsin’s Jahcobi Neath (guard) were also in violation of the Big Ten Conference’s Sportsmanship Policy. Many members of the bench area for both teams, including assistant coaches, did not represent the level of sportsmanship that is expected from the Big Ten Conference and its member institutions.

"Big Ten Conference coaches and student-athletes are expected to display the highest level of sportsmanship conduct," stated Commissioner Kevin Warren. "I am grateful for the partnership with Michigan Athletics Director, Warde Manuel and Wisconsin Athletics Director, Chris McIntosh. Our expectation is that the incident yesterday will provide our coaches and student-athletes with the opportunity to reflect, learn and move forward in a manner that demonstrates decorum and leadership on and off of the court."

FOX6 News spoke with a man who was at the game. From where he was sitting, he couldn’t tell who threw the first punch. He was extremely disappointed when he found out it was the rival team’s coach.

"I saw this scrum of guys fighting, and it was the players," said Eric Meissner, a UW-Madison alum visiting the University Book Store in Brookfield Monday. "I thought, ‘What’s going on here?'"

The fight is receiving national attention.  Meissner didn’t know it until he got home, but this brawl was sparked by Michigan's coach after Wisconsin called a pair of timeouts in the final moments of the blow-out game.

"You’ve got to be able to control yourself," said Meissner. "Even if he was upset, he should have said, ‘I’m going to talk to you after the game. We can talk about this offline.’"

The lunchtime crowd at Bullwinkle's also found the moment hard to swallow. 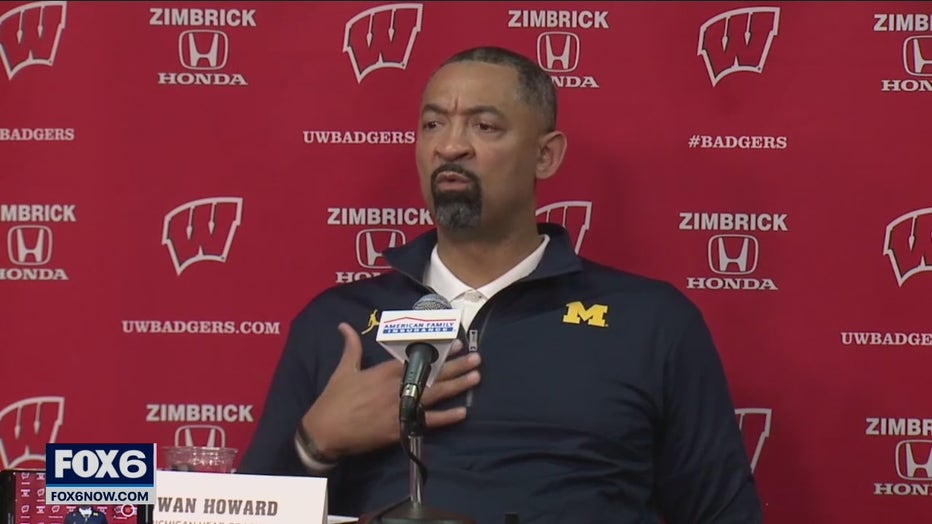 "It’s never OK to punch somebody," said Bob. "In sports, you have to maintain a level of professionalism."

Commentators called it an "ugly finish."

Greg Dunford was watching from home. 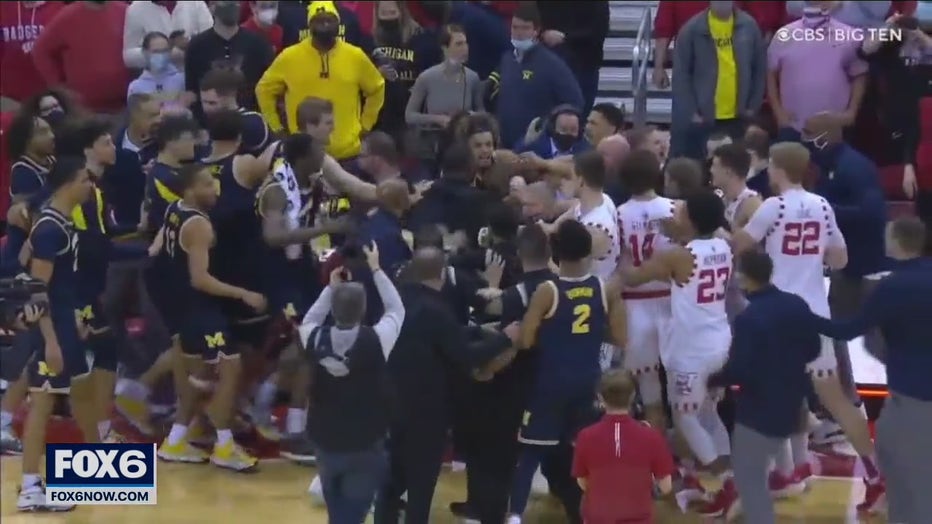 He says Howard's actions caused a reaction among both teams that should never be repeated.

"It was like a green light," said Dunford. "All the players thought it was OK."