PHOENIX - High expectations are on the Brewers this season in terms of reaching the postseason.

So, they brought in a veteran, a former National League MVP, in Andrew McCutchen.

And for the past four seasons, he’s been to the postseason.

"Understanding what this team has and what they’ve done in the previous years," said McCutchen. "It’s something I wanted to be a part of and happy I could be a part of it."

The process to bring McCutchen and the Brewers together was a quick one, which became obvious on the day he reported. 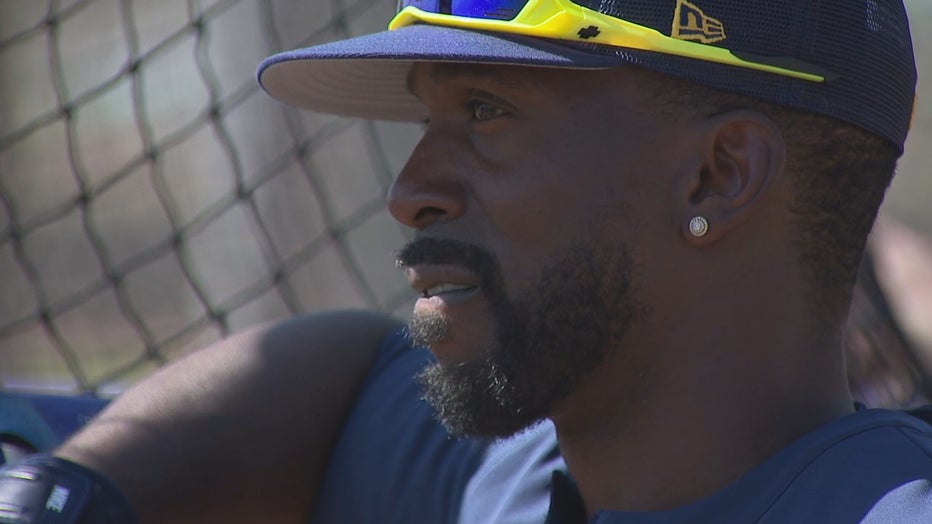 "It’s funny," McCutchen said. "I don’t have bats. I have one glove. I didn’t have room to pack bats. You know, so like, I came here with a glove and that’s it."

Along with being empty-handed, he was all smiles walking into this camp for the first time. But there was still some anxiety.

"Picture if you’ve got kids and your kid walking into a new school, not knowing anyone really," said McCutchen. "Maybe knowing some people from the neighborhood. So, imagine that feeling. So, it’s like that little kid inside of me that was going into this new place. I’m excited. I’m nervous. I don’t necessarily know what to think or how to feel at first."

A short time later, his acceptance was obvious.

"From what I’ve heard and guys that have played with him, he’s one of the best teammates they’ve had," said Rowdy Tellez. "So, if you can offer what he offers on the field, like off the field as well and in the clubhouse, it’s only going to make us better."

"I’m a huge fan of the way he carries himself, the way he plays on the field," said Mike Brosseau. "I think I can learn a lot from him just by picking his brain."

"He’s definitely going to be a huge addition to this team," said Lorenzo Cain. "We all know he can swing it, go get ‘em. It’s going to be fun."

Most of his career has been in the outfield, a place he’ll see with the Brewers as well. But he’s coming in primarily as the designated hitter.

"That’s the plan and that’s what we’re going to go with," McCutchen said. "I’m just going to keep going out there doing what I do. I’m still going to be out there every single day. You’ll see me in the outfield running around, running balls down, batting practice, whatever it is, just to keep moving around and keep my body in shape."

If history is any indication, hitting as the DH or an outfielder won’t matter as long as it’s in Milwaukee.

"Every time I would come into Milwaukee, regardless of where I was coming from, I would always say, I’m hitting at least one home run," said McCutchen.

As he looks forward to coming to the American Family Field every day, his son also has a reason to want to be there.

"I think the only thing that my 4-year-old son is really excited about is the slide," McCutchen said. "So, he was like, that’s there? Yeah bud, that’s there. Oh, that’s very high. So, I don’t think he’ll do it. He’ll at least see it. So, he’s excited about that."