ST. LOUIS — Following a pair of extra-inning games, the Milwaukee Brewers hoped to establish a decent margin in their series finale against the St. Louis Cardinals.

Matt Albers held on to a one-run lead in the ninth inning to earn his first save for Milwaukee, retiring Kolten Wong and Dexter Fowler to strand a pair of runners, and the Brewers beat the Cardinals 3-2 Wednesday. 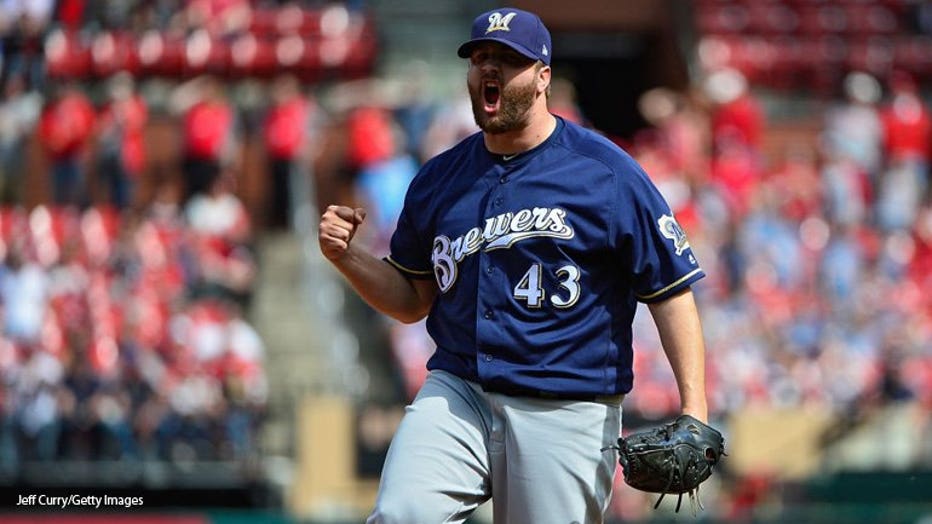 "These games are fun," relief pitcher Dan Jennings said. "It seems like we were just here a few hours ago after that tough one last night so it's a good way to bounce back."

Milwaukee had a two-run lead when Tommy Pham led off the bottom of the ninth with a drive against Josh Hader that hit a railing above the fence in left-center. The play originally was ruled a double by second base umpire Lance Barrett, but the call was overturned on a video review.

Albers relieved and allowed singles to Marcell Ozuna and Jose Martinez, then retired Wong on a foulout and struck out Fowler, who was pinch hitting, for his third big league save. He got his first two for Washington last year.

"I did like Matt against those two right-handers," Milwaukee manager Craig Counsell said. "I thought that was a real good matchup for us. They got base hits but he made some great pitches to Fowler especially."

Junior Guerra (1-0) allowed one run and four hits in 5 1/3 innings in his first start this season. 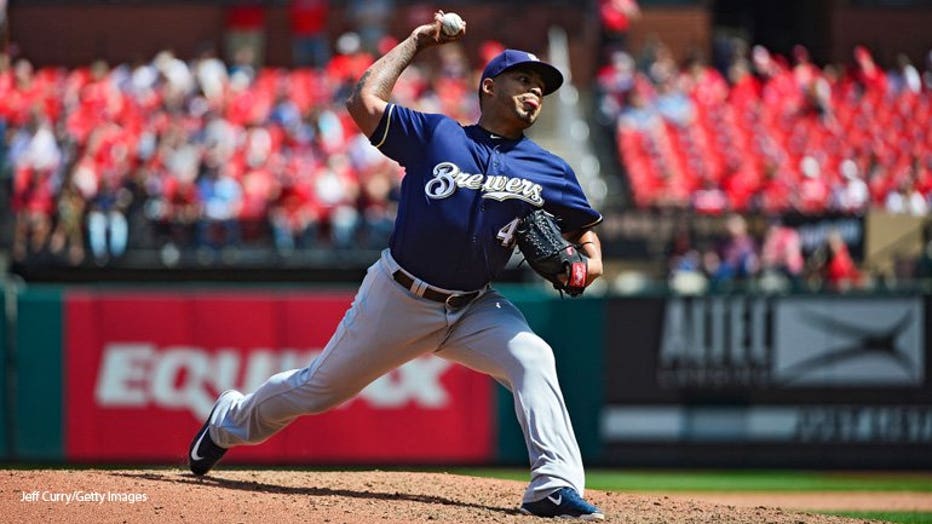 Adam Wainwright (0-2), making his second start after a stint on the disabled list caused by a strained left hamstring, allowed three runs and eight hits in seven innings.

"That's how I expect to go out and carry us deep into the game," said Wainwright, who threw 91 pitches. "Two of those three runs I made pitches just how I wanted to. I made a bad pitch to Hernan Perez, that's the one I want back."

St. Louis has lost three of four series this season. The Cardinals' starting lineup was missing Fowler, Paul DeJong and Yadier Molina, who served a one-game suspension stemming from an altercation with Arizona manager last weekend.

Milwaukee built a 3-0 lead on home runs by Perez in the second and Eric Thames in the third followed by Jonathan Villar's RBI groundout in the fifth. 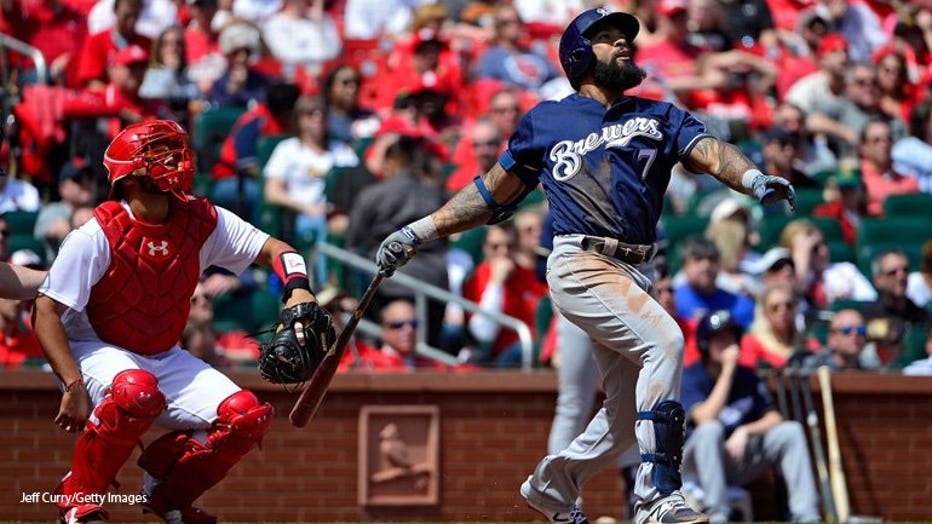 Thames' fifth home run of the season went just over the glove of right fielder Harrison Bader, who jumped at the 9-foot fence and looked at his glove in disbelief after he failed to snag the ball.

Matt Carpenter hit a run-scoring groundout in the sixth. He failed to reach base in a game for the first time this season.