If you think that as a Marquette soccer player, your top goals would be to beat teams like Wisconsin, UWM and Creighton, you would be right. But one Golden Eagle was also able to beat Shazam.

MILWAUKEE - If you think that as a Marquette soccer player, your top goals would be to beat teams like Wisconsin, UWM, and Creighton, you would be right.

But one Golden Eagle was also able to beat Shazam.

Alex Mirsberger is generally a man with a plan and an ability to execute it.

On the soccer field, the Brookfield Central product moves freely, easily, confidently as a senior defender for MU, and it's the same thing on stage. 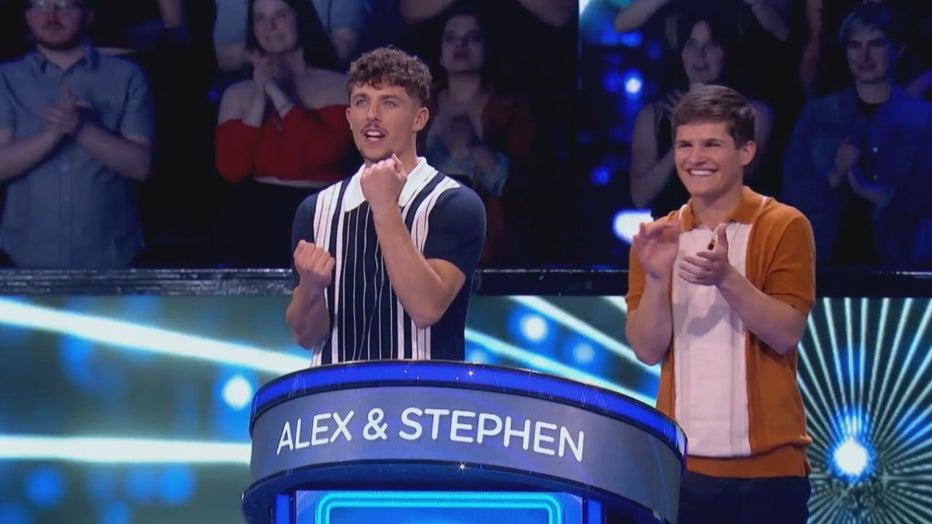 He, in turn, recruited former MU cross country runner Stephen Poorten to be his partner and quite a life experience ensued.

"We didn't have the highest expectations, but we just said let's be ourselves and have fun with it and maybe a miracle will happen," said Mirsberger.

Being a high-level athlete, Mirsberger is competitive by nature and also understands the value of preparation.

"I lived with him last year, so I saw him practicing for it, getting ready, knowing all the songs in the world," said Mirsberger's teammate and former roommate Lukas Sunesson.

Episode 11 in season five was taped in Ireland, and it was pretty intense.

"I've never been so nervous in my life," said Mirsberger. "I've competed in big sports games, interviews, but this – I didn't sleep the night before. I could barely eat the next day, it was crazy."

Much like on the field, sometimes you just get into the groove.

"I think one of our advantages was being really quick, on the buttons," Mirsberger said. "We're young, we're athletes. Reaction time has to be there because it's all about timing."

The Golden Eagles flew into the final round.

Alex and Stephen would fly home as winners, but then have to stay quiet for more than three months until the episode aired.

"He can read a room, he knows what to do and when to do it, and he certainly read that audience when he started that," said MU head coach Louis Bennett. "I don't know if you've seen it, but his mate's reeling him in, and he's dancing when he gets it right. I thought it was great."

"Those three months that I didn't tell anyone, it was actually kind of nice because I just went about my everyday life like nothing happened," said Mirsberger. "But in my mind I knew I just won a lot of money, but no one else knew, so it was just kind of every day."

This fall, Mirsberger is back helping his team try to beat its opponents, none of which is named Shazam.

Under NCAA rules, college athletes are now able to earn money during their school years, but Alex would have been able to keep his half of the $93,000 first prize anyway because it was not earned via his athletic ability.

Mirsberger has already graduated with a business degree and is pursuing his M.B.A.