The roars from the 103rd PGA Championship echoed around the world, especially the world of golf, resonating with a Wisconsin native and PGA Tour player and broadcaster.

MILWAUKEE - The roars from the 103rd PGA Championship echoed around the world, especially the world of golf, resonating with a Wisconsin native and PGA Tour player and broadcaster.

With throngs of fans following engulfing Phil Mickelson on his walk up the final hole of the 2021 PGA Championship, an iconic image was created.

"It was incredible coming up the fairway," said Mark Wilson. "I thought maybe they could have kept the fans back a little bit so that they could have come through, Brooks and Phil at the very end, but that made it even more special. Even Phil thanked everybody for that. He’s never had an experience truly like that. It’s something he’ll remember forever."

"It’s, uh, certainly one of the moments I’ll cherish my entire life," he said.

"Unbelievable. I know that word is overused a lot in this world, but this is unbelievable," said Wilson. "I know what happened but I still can’t fathom what Phil pulled off." 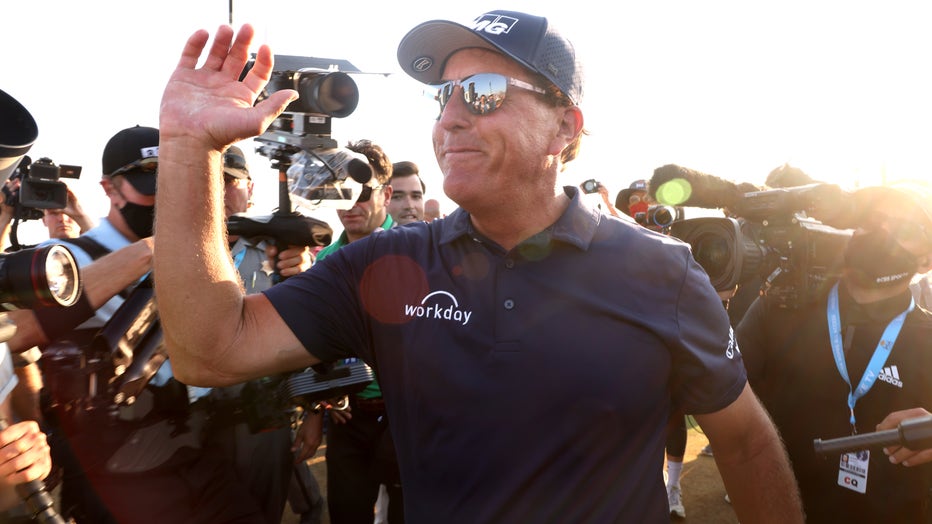 Phil Mickelson of the United States celebrates after winning on the 18th green during the final round of the 2021 PGA Championship held at the Ocean Course of Kiawah Island Golf Resort on May 23, 2021 in Kiawah Island, South Carolina. (Photo by Jamie

"Phil was even par after the first 27 holes, but that’s kind of when he rallied," Wilson. "He made a little bit of an adjustment on his putting and his focus at the turn. He turned in 31 to come home on that fourth nine to finish up 36 holes and he was the leader. He was pretty much the leader the rest of the way."

Wilson’s quite familiar with Mickelson, competing against him numerous times, but what he saw at the 103rd PGA Championship from the veteran was something special.

"It was really a combination of the artistry of Phil Mickelson, being able to use his imagination on a course like Kiawah, and then the work he’s done the last couple years just keeping his body in shape and keep his speed up," said Wilson.

With a Major title in 2021 already on his resume to go along with his record 12 Ryder Cup teams, a 13th appearance at Whistling Straits in September on Captain Steve Stricker's Team USA now seems very possible.

"He’s got to be on the radar, no doubt," said Wilson. "Steve is paying attention, for sure. Phil moved all the way up to 16th in the points. Only the top six get in. Steve’s got six picks to make out of the rest of that team, but why wouldn’t you want a veteran like Phil on the team? He’s good in the team room. He’s good with camaraderie and obviously, his game’s in great shape."

Like his approach to each shot of each round on his way to his sixth Major title, Mickelson is looking inward at what his future can be.

What he does know is there is a shot at another Major title, this time at the age of 51 in the U.S. Open on his home course of Torrey Pines on Father’s Day weekend.

"If Hollywood put this script out there, you’d be like ahh, whatever. That could never happen," said Mark Wilson. "Phil turns 51 next month, Major champion, it’s just remarkable in this era."

Up next for Mickelson is this week's tournament, the Colonial and then he'll take a break until the U.S. Open. As for Wilson, he'll continue to broadcast tour events and he says he's inspired to possibly bring his clubs back out and resume playing.