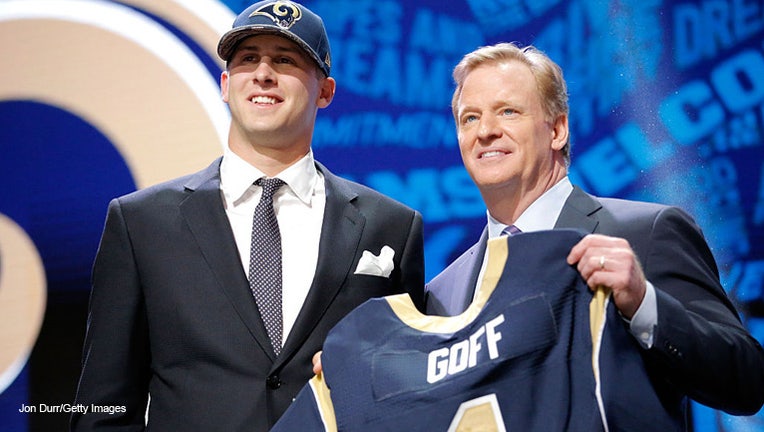 CHICAGO, IL - APRIL 28: (L-R) Jared Goff of the California Golden Bears holds up a jersey with NFL Commissioner Roger Goodell after being picked #1 overall by the Los Angeles Rams during the first round of the 2016 NFL Draft at the Auditorium Theatre

Goff becomes the second straight QB to go No. 1 overall and the 22nd in the modern era of the draft since 1967. He also is the first selection by the Rams since they moved to Los Angeles in the off-season.

The 6-foot-4 Goff started every game during his three seasons at California and set school records with 977 completions, 12,220 yards passing and 96 touchdown passes. He passed for 4,719 yards and 43 touchdowns in his last year with the Bears.

Los Angeles moved up to No. 1 just two weeks ago, sending a package of picks to Tennessee for the top spot.

The Green Bay Packers are picking at #27 in the first round.