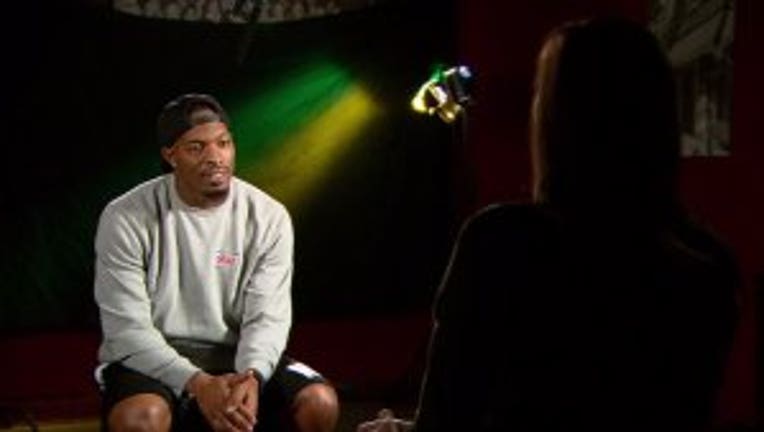 GREEN BAY -- The Green Bay Packers handled the Chicago Bears and are now heading to Dallas with a 3-1 record, and they're tied for first in the NFC North. FOX6's Kaitlin Sharkey goes Beyond the Game with Ha Ha Clinton-Dix, who talked about the defense's role in the win over Chicago.

Ha Ha: "Man we just wanted to go out and compete, show the crowd who we were on the opposite side of the ball and just go ahead and play four quarters and make sure we did our job on that side of the ball."

Kaitlin: "Picked up your ninth career interception against the Bears. Do you keep track of numbers? Is there a number you are chasing or are you just taking them when you can get them?" 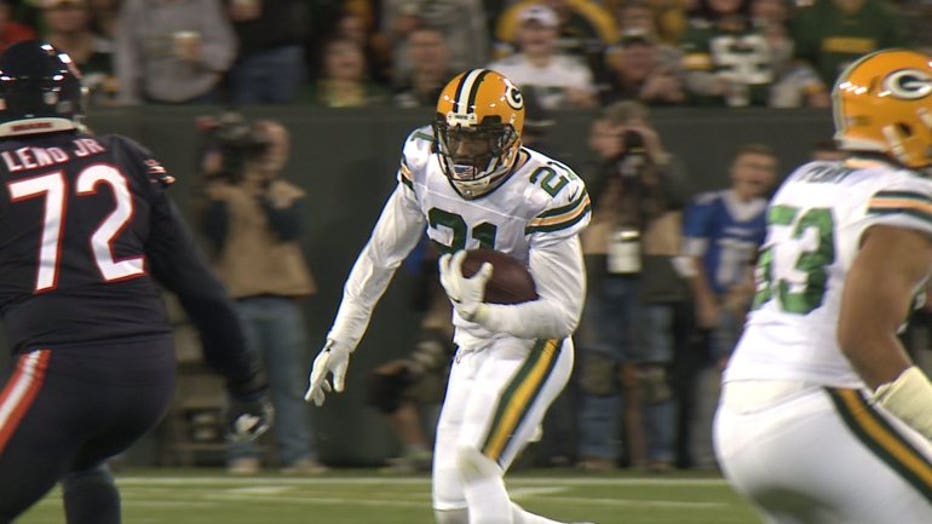 Ha Ha: "I'm just trying to catch as many as I can and try and catch up with the greats and whenever the ball is touching my hands I want to have it, so that's my goal."

Kaitlin: "As a defensive player, you tackle a lot of guys. You hit hard, but when you saw Danny Trevathan hit Davante, what was your reaction?"

Ha Ha: "Man I immediately went on my knees and started praying. You never want to see a guy get hit like that, crown of the helmet to another guy's head is definitely scary -- when you hear about CTE and you think a concussion is not a big deal, but when you hear brain bruise, it's a whole different scare. So, man, as soon I saw that, I immediately got on my knees and started praying, because you never know what can happen. Do I think he intentionally meant to do it? I don't. It's football, but I think he could have thought twice about going in there so fast when there is already five guys on him. He didn't have to go in there and take that risk. That's where I think unsportsmanlike conduct comes in." 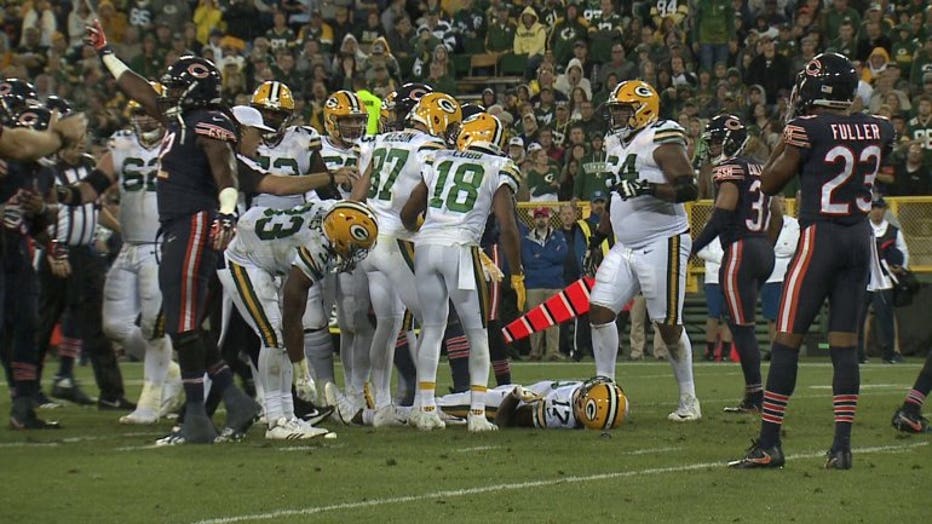 Kaitlin: "Do you think his suspension was a valid punishment for that?"

Ha Ha: "I don't know. That's not my job to even speak on that. It's so hard being a competitor, a player. You want to compete and you want to make plays. You want to make splash plays, so I really can't fault that guy for going in on Davante like that. I would like him to think twice about it, but we all got a family to feed and sometimes it gets tough and you just want to make that play man and things happen in the game of football. It's a dangerous sport." 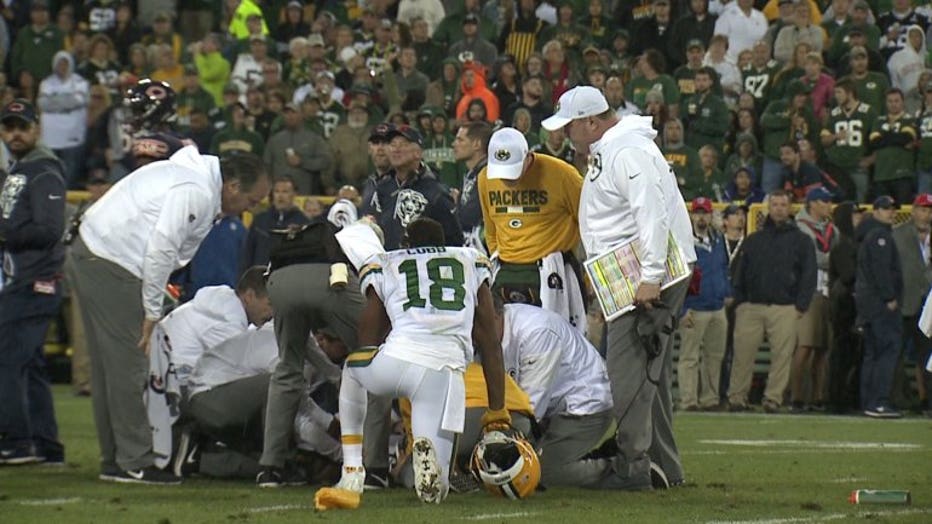 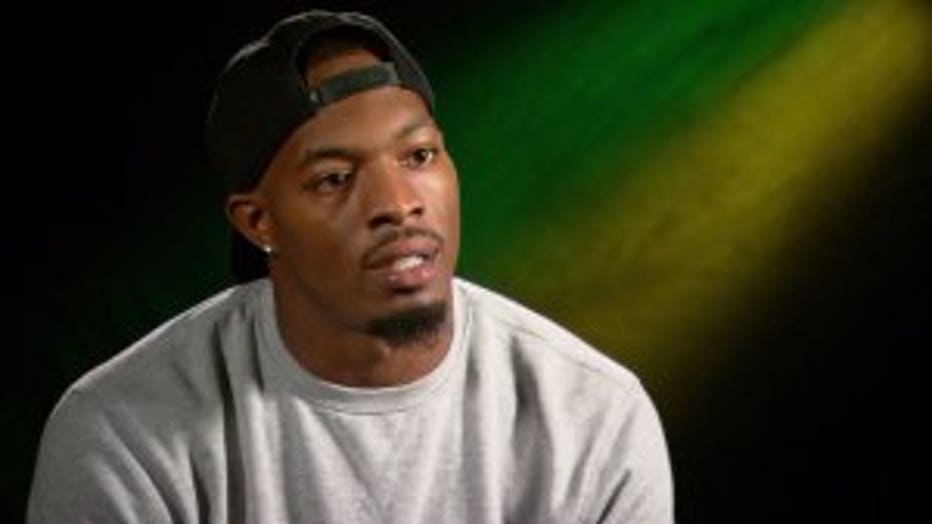 Kaitlin: "I listened to a clip of you being MIC'ed up. I think it was the Bengals game, and it was fun to listen to you. I feel like you kind of stepped up more so over the last few seasons as a leader and you are really vocal out there making sure. Is that a new job you've taken on this season?"

Ha Ha: "No, it's just me going out there and being myself. It's setting great examples for the guys that are around me. Once I got comfortable as a young player on the back end, people started to see me open up more and just lead by example and guys follow behind me and set an example for them."

Kaitlin: "Gotta go on the road to Dallas. Tough place to play. You guys have obviously won some big games there, some thrilling games there, what is the challenge though of playing Dallas and against someone like Dak and the Cowboys."

Ha Ha: "Man, that's a great team, a great organization. They have a lot of great things about them and Dak is a young quarterback. He's not making too many mistakes. He has a lot of guys that rally behind them and pick him up when he is down, so just get in there and start fast and winning in all three phases of the game, I think we will be fine." 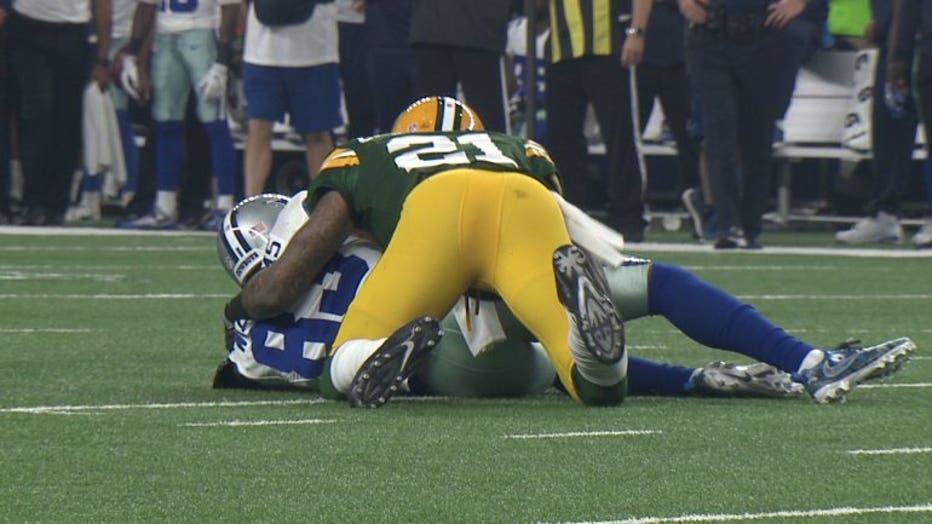