MILWAUKEE -- With the Milwaukee Bucks in the NBA's Eastern Conference and the Los Angeles Lakers in the Western Conference, Los Angeles would only make one visit per season to Milwaukee. Needless to say, there was a lot of enthusiasm for that visit. Kobe Bryant went up against the Bucks 31 times in his career -- roughly half of that in downtown Milwaukee. The final time was Feb. 22, 2016, when Bryant scored 15 points in a Lakers loss to the Bucks. Everyone involved knew that was a significant night.

Bryant played his first professional game in Milwaukee in December 1996, and his last almost 20 years later.

The Bucks honored the NBA legend with a video before tip-off, as Bryant took in the sights, sounds, and love from his Milwaukee fan base one last time. 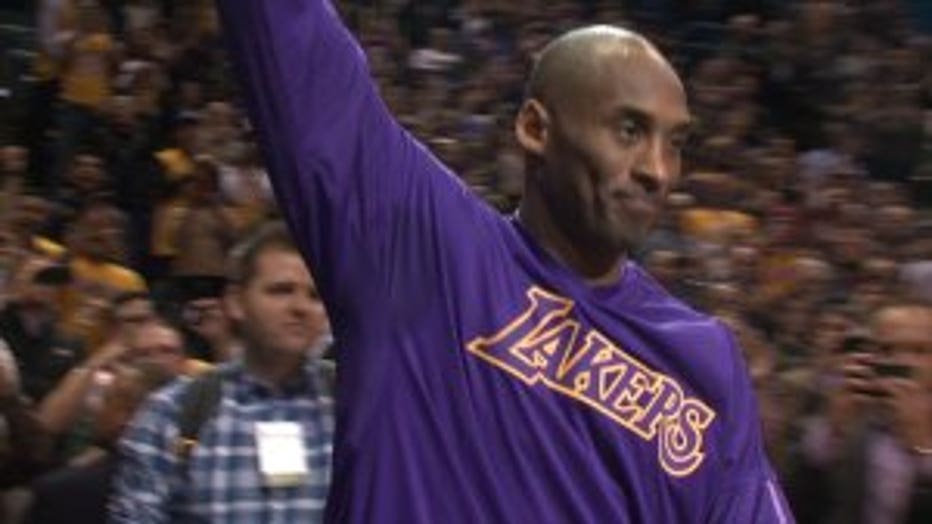 "There are certain cities that have kind of a collegiate atmosphere," said Bryant. "This has always been one of those cities, with the sections, and the chanting and things like that, and I've always enjoyed playing here, and tonight was no different. Man, I really had a great time."

"It felt like a party, you know," said Giannis Antetokounmpo. "It was the last game of Kobe, Kobe Bryant in Milwaukee, and you know, it was a pleasure, and it was really exciting to have him here." 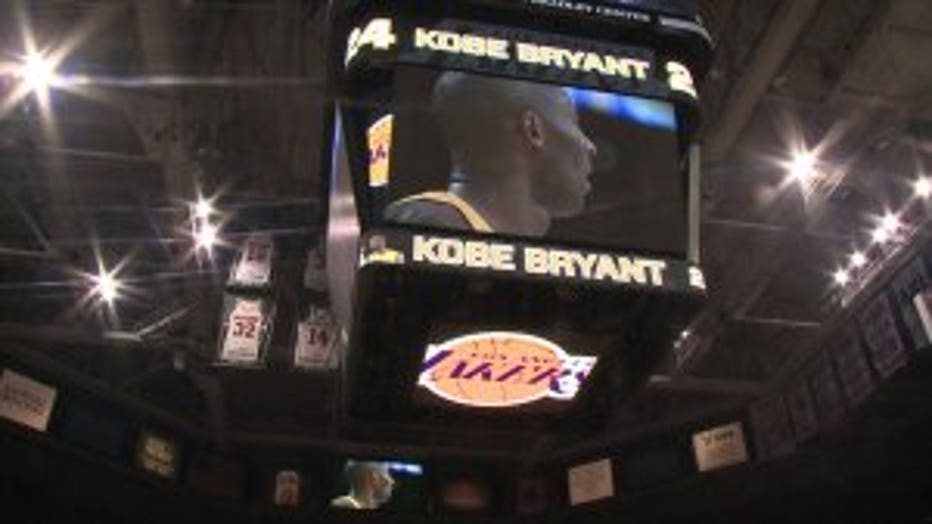 The night before coming to Milwaukee, after playing the Bulls, Bryant was asked about going up against Antetokounmpo.

"He's unbelievable," said Bryant. "No seriously, he has a lot of -- I don't think he understands how much talent he has."

Antetokounmpo showed that talent -- throwing up his first triple-double.

"It feels great," said Antetokounmpo. "He's one of my role models. I always watched him when I was younger. It feels great to acknowledge the things I did today."

Bryant's legacy will go far beyond the championships he won, the All-Star games he played in, and the points he scored. On his farewell tour, Bryant passed along his keys to success for the next generation of NBA superstars. 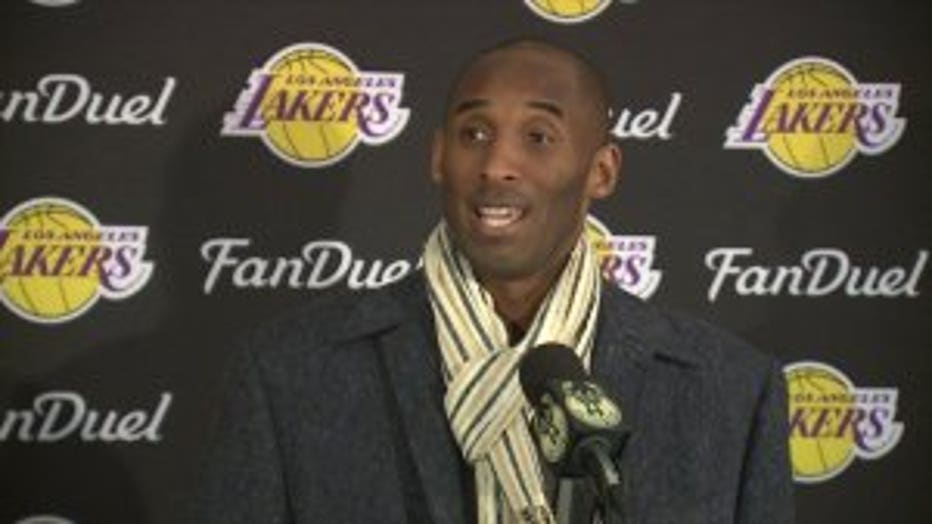 "If you want to be that great player, then you're going to have to make certain sacrifices, and you gotta go after it, but he has the potential to do it," said Bryant. "He has the physical tools, the intelligence. Now, it's just a matter of his believing in himself, and going after it, but he has the talent to be a great player. I said, 'The summertime is the time when you have to make that leap.' You know, I was making 1,000 shots a day, right, so that's what it takes." 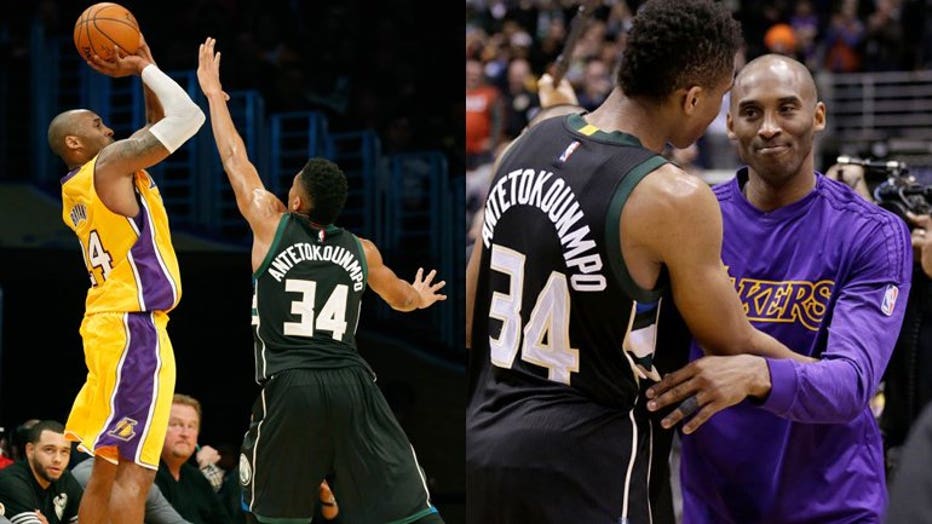 So more than skills, more than circumstance, Bryant insisted becoming great is simply a mentality.

"I never allowed anyone to tell me what I was capable of accomplishing, and I never let anybody tell me that I can't do it, right?" said Bryant. "I went after it, and I put all my eggs in one basket, and hopefully, they have that same mentality. If you want to accomplish something or do something that a lot of people think is difficult to accomplish, you have to put all your eggs in one basket, and there's no compromise with that, and I hope that this younger generation of players understands that."