Special bond on the basketball court

Special bond on the basketball court

GLENDALE -- A special bond took to the basketball court at Nicolet High School on Friday evening, Feb. 21 -- at the final home game of the junior varsity season. 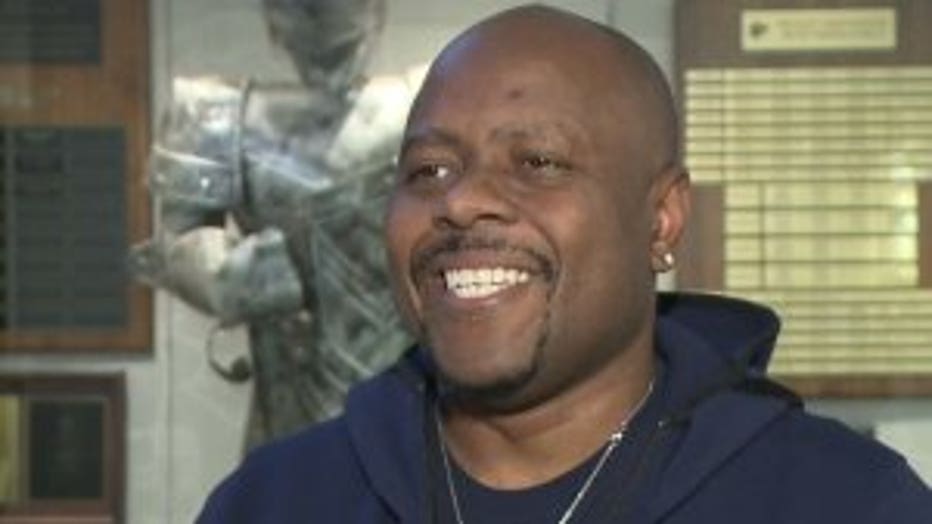 Coach Smith knew Friday night's game would be tough on many fronts. It was the final home game of the season -- and one of his stars, #14, is not staying on the bench.

"He might not be able to ever do this again in his life -- and there's a lot of kids who want to do this and can't," Smith said. 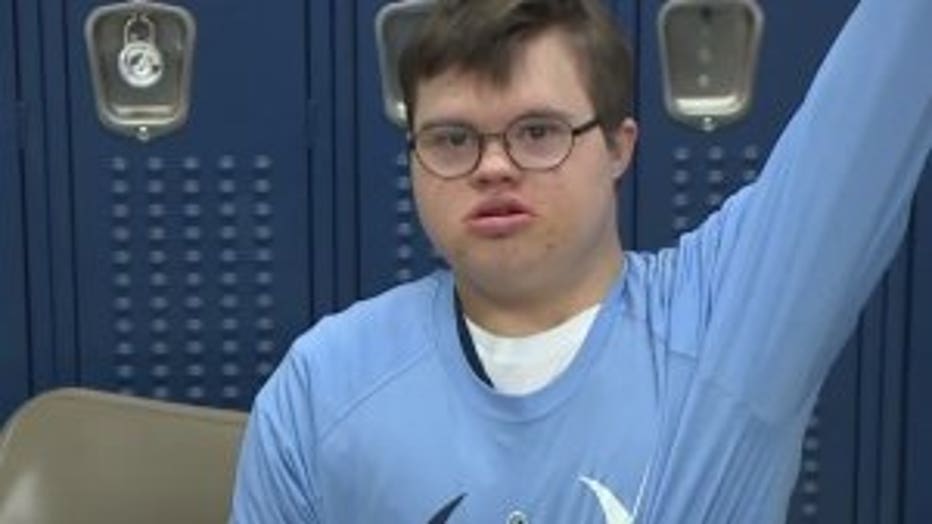 Coach T and Hunter Peterson developed a friendship that does not take note of its differences.

"He's not a Down syndrome kid to me per se. He's another kid like anyone else," Smith said.

The two met in special education at Nicolet four years ago -- and realized a love of basketball was something they shared. 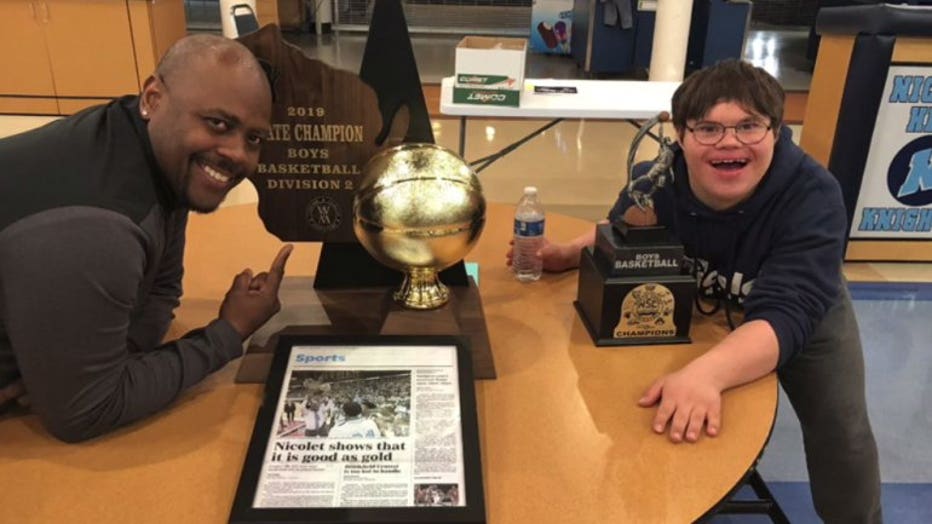 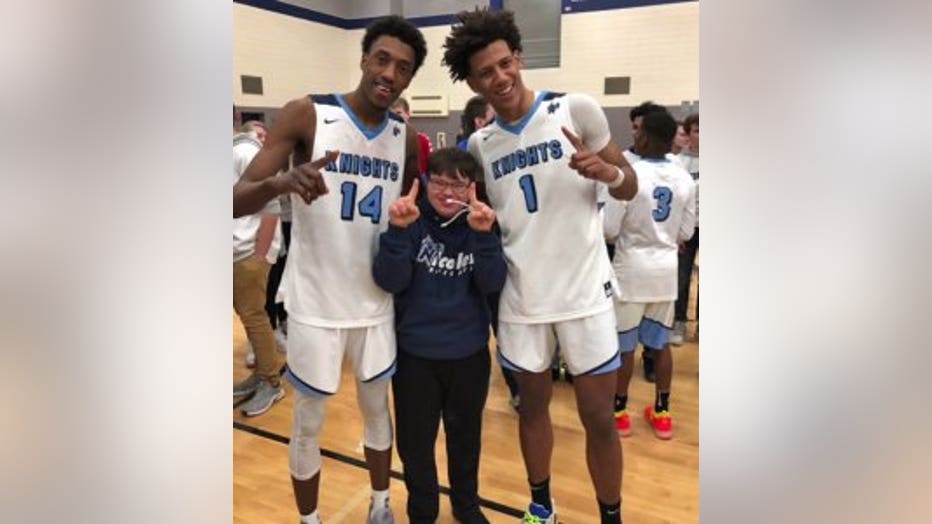 "He would come to practice -- and practice and play with us. So let's suit him up. Let's play him," Smith said.

Like any good friend, the coach knows just what Hunter needs.

"It's more than basketball. It's about life," Smith said. "Come on Hunter, come on!" 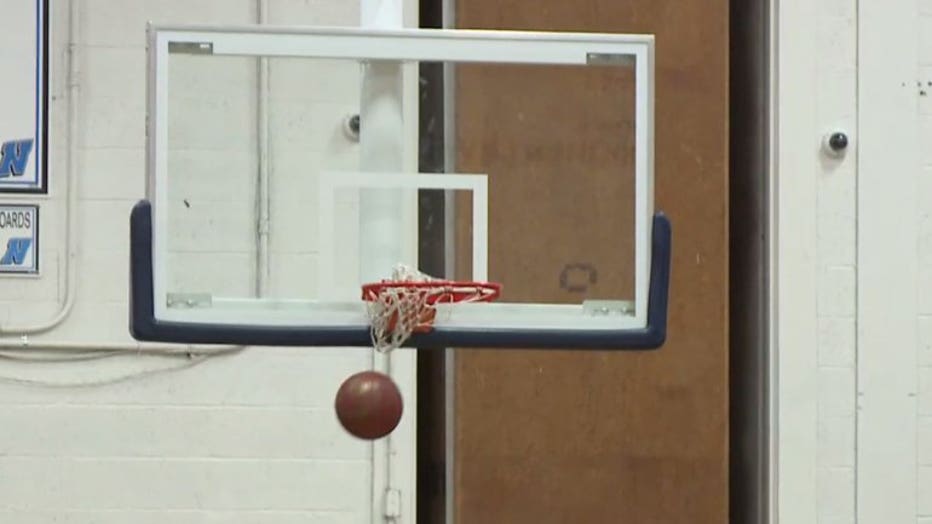 Like any good friendship, we may even surprise each other. A second shot with a look that says it all. 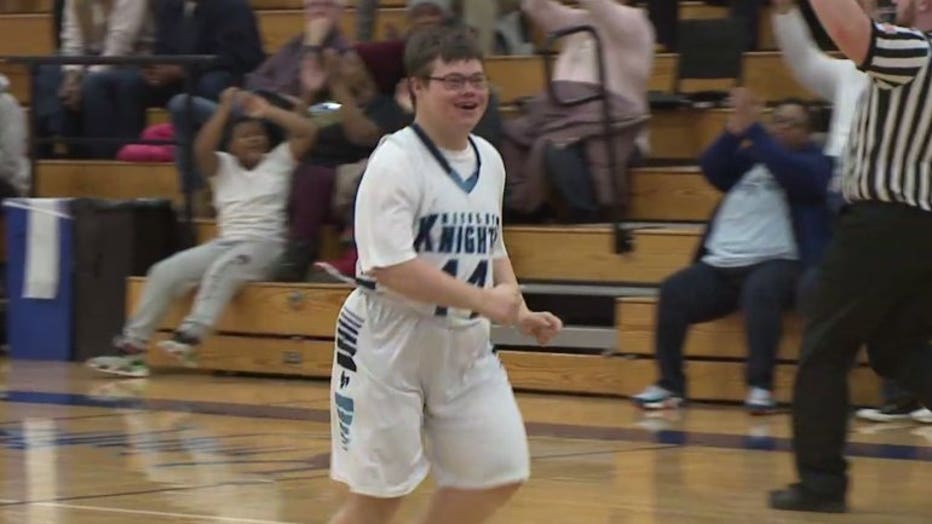 "It's a big moment. It's the first time he hit a three," Smith said.

It was a moment bigger than basketball. 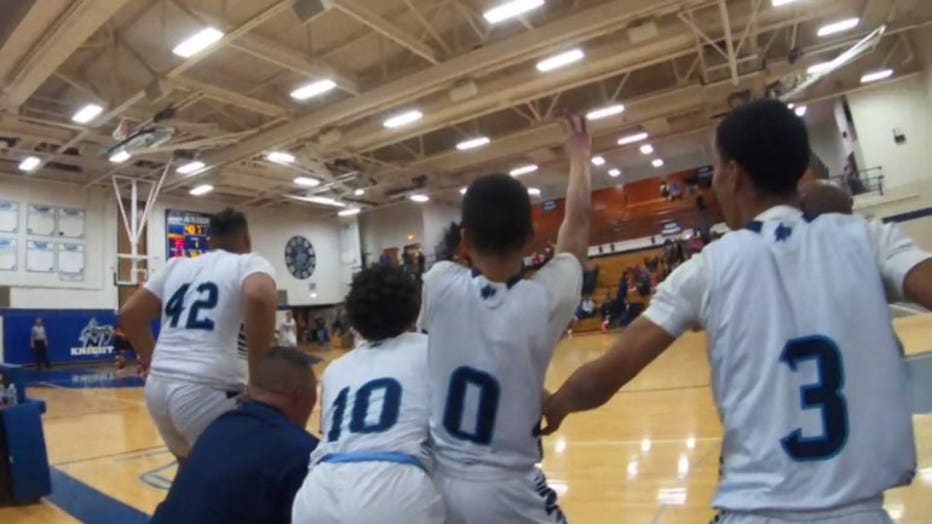 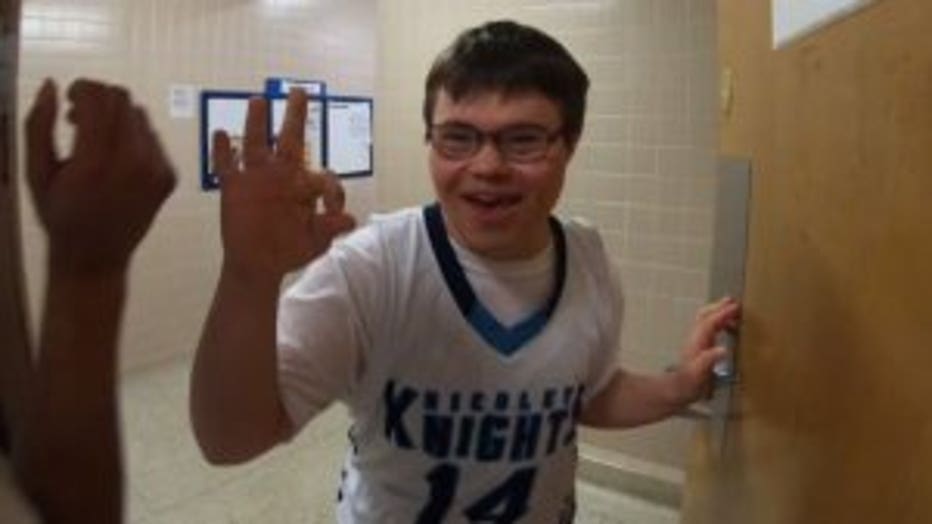 "It means a lot for him. He'll remember this for the rest of his life," Smith said.

Hunter is not just doing big things at the high school level. He is also part of the Milwaukee Bucks' "Hoop Troop." They engage with fans during games -- and do community outreach. Hunter's dad said his bond with Coach T has impacted him in so many ways -- and will last far after he leaves the school.