It`s bigger than basketball, but do benefits of new Bucks arena come at expense of other businesses?

It`s bigger than basketball, but do benefits of new Bucks arena come at expense of other businesses?

MILWAUKEE – Those in charge of designing a new Milwaukee Bucks arena say it is about more than basketball -- that a new development with housing, restaurants and office space can help to transform downtown Milwaukee. In Columbus, Ohio, FOX6's A.J. Bayatpour found there can be some unintended side effects when it comes to these arena districts. 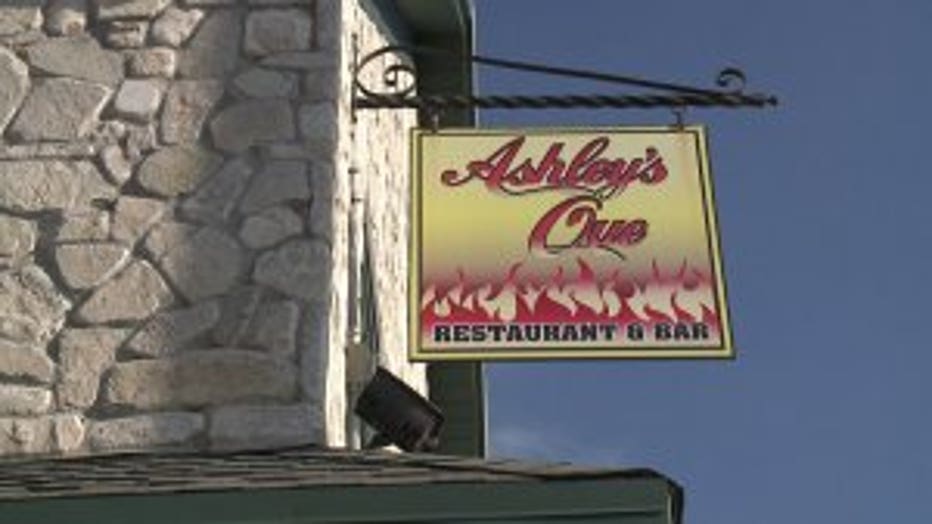 Walk to the back of “Ashley’s Que,” a Walker’s Point barbecue joint featuring a large outdoor banner declaring it’s the home of Milwaukee’s best BBQ, and you’ll see the restaurant is also bold in its support of Bucks basketball. A framed Bucks jersey is personalized with “KING OF BBQ” stitched across the back.

“The owner`s always made it his business to be there with (the Bucks),” said LaKisha Alston, the restaurant’s general manager. “Some of the players have even come here.” 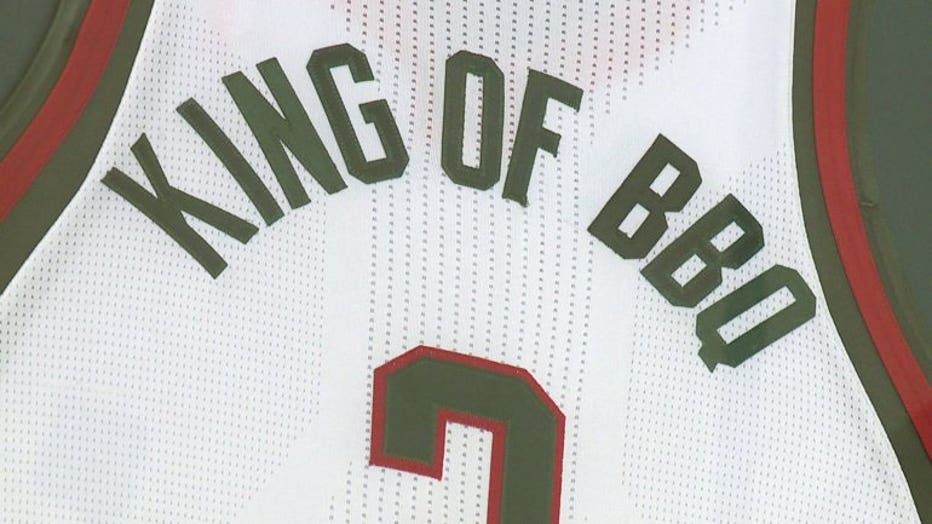 Alston said she has no reason to believe a new arena development at the north end of downtown will affect her near south side restaurant. She maintains that a loyal customer base will keep sales strong, regardless of any new competitors. 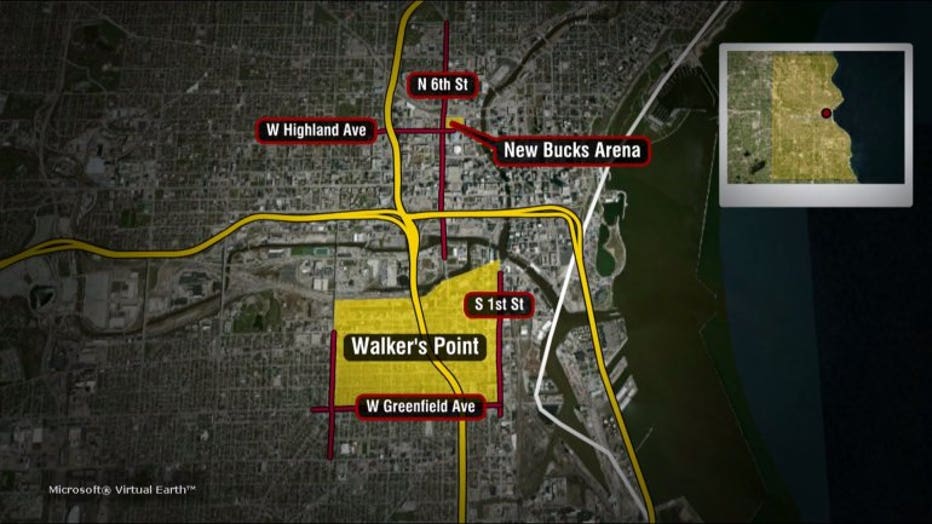 “I wouldn’t doubt they’ll go ahead and try the rest of (the new restaurants) but as far as it being a long-term issue? No, not at all,” Alston said. 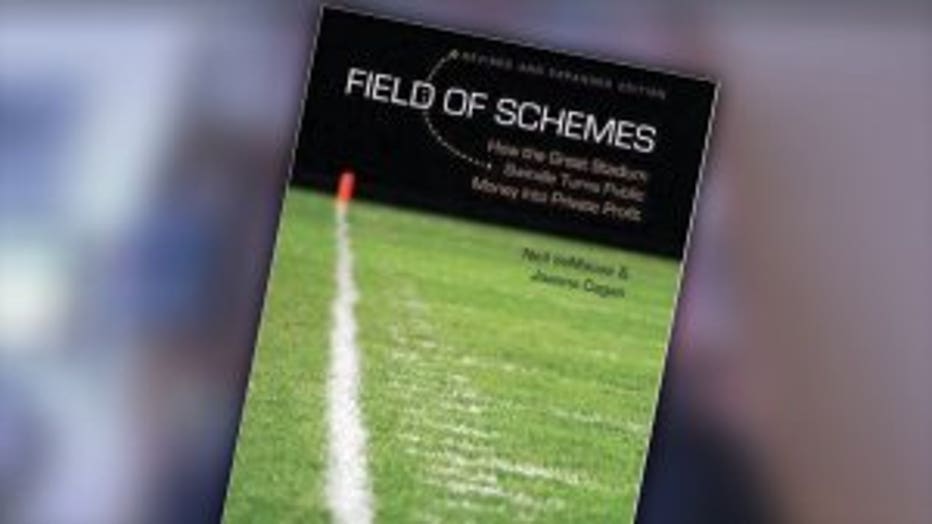 Field of Schemes by Neil deMause

Those currently designing the Bucks’ new arena say the project they envision transcends basketball. They describe a development featuring housing, office space, and retail -- all anchored by the arena and adjacent plaza. Brooklyn-based writer Neil deMause is skeptical of this vision. The author of “Field of Schemes” says in city after city, the results indicate that much of the economic boost generated by a professional sports arena comes at someone else’s expense.

This ties into the “substitution effect,” an economic term that refers to the limited amount of disposable income -- the money people have to spend -- in any community. When people spend money at a sporting event, many economists argue those are dollars that would have otherwise been spent somewhere else, perhaps at the movies or at a bowling alley. 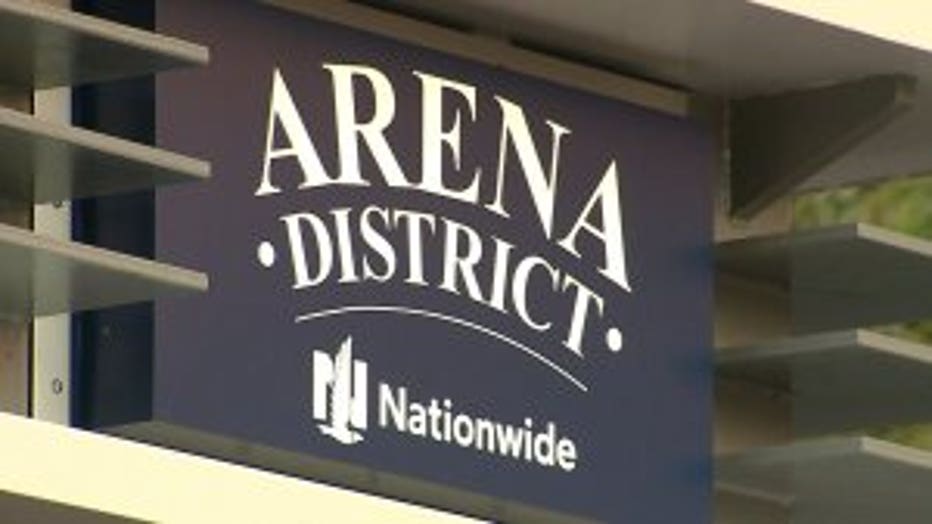 In October, FOX6 News visited Columbus -- another Midwestern city whose arena-based neighborhood opened 15 years ago. Nationwide Arena was built without any public funding -- at least at first. When the arena and its main tenant, the NHL’s Blue Jackets, did not meet revenue estimates, Ohio diverted some of the revenue from four different casinos to help pay off the remaining debt. Those revenues, however, have also fallen short of projections and Franklin County is looking for new funding solutions. 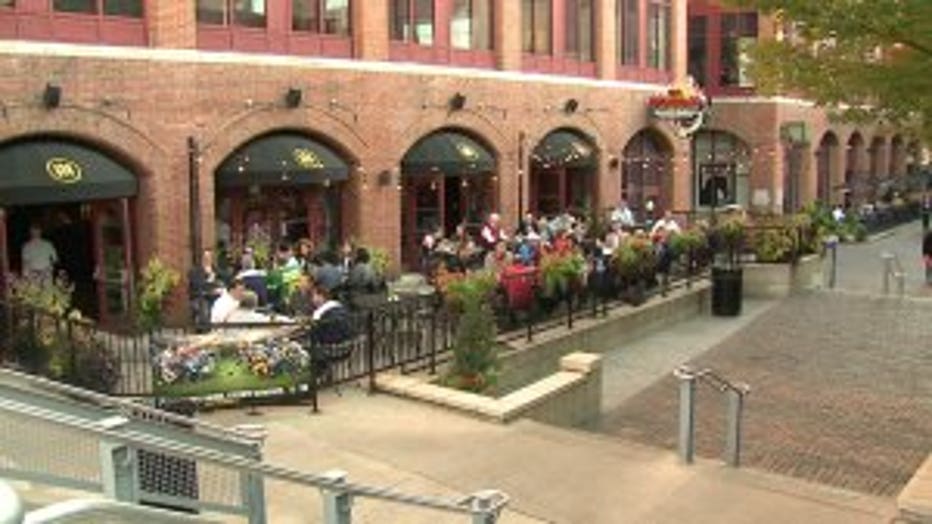 Dr. Robert Greenbaum from Ohio State University has studied the development and concludes the Arena District benefited the local economy overall. There is a caveat. He adds the development did not help everyone.

Dr. Greenbaum specifically mentions the Brewery District, which is across town from the Arena District. For more than 30 years, that neighborhood has been the home of Tony Scartz’s Italian restaurant. Scartz says he immediately noticed a drop in sales when the Arena District opened. He describes a migration of sorts. 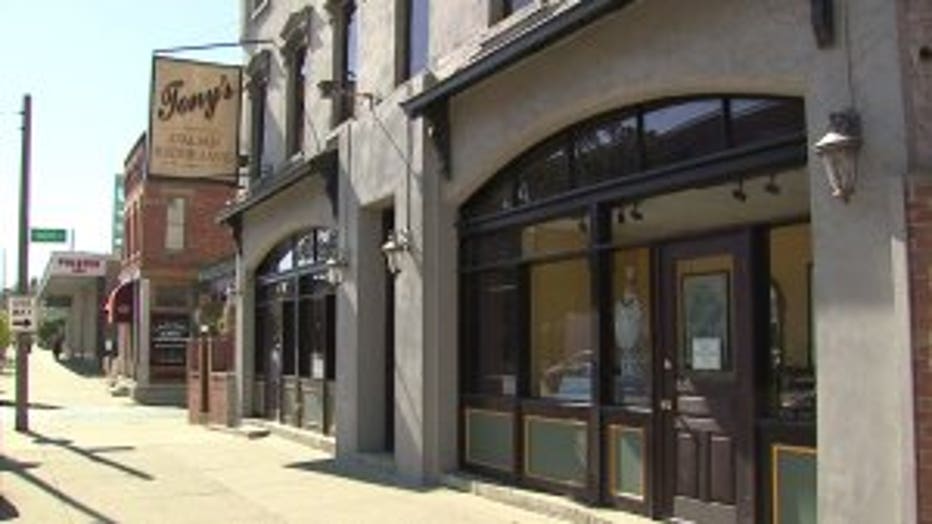 “Other restaurants went out of business and a lot of people started moving out of the neighborhood and into newer apartments,” Scartz said, “And most importantly, for me personally, was the office space vacancy that was created because people moved out of the Brewery District and into the newer office space down around the Arena District.” 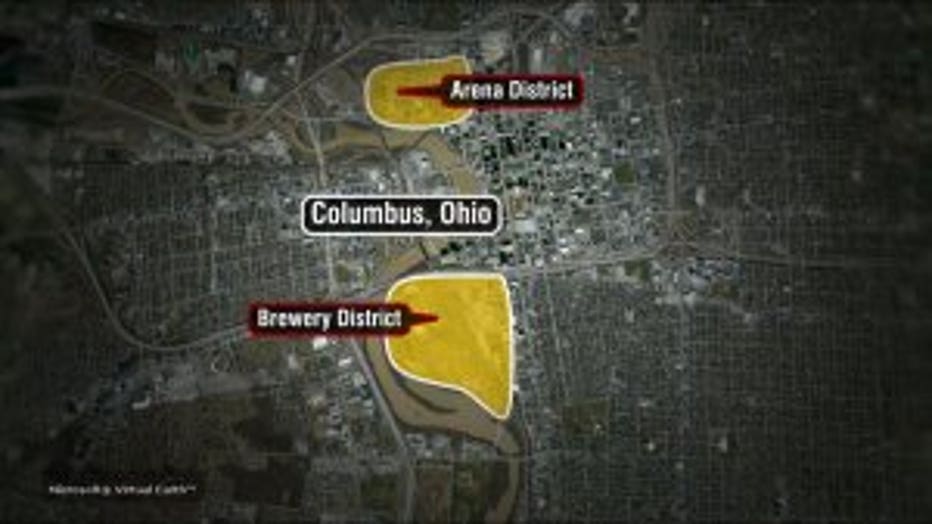 In his Third Ward office, Milwaukee architect Greg Uhen said builders and developers have learned from other cities. As one of the lead architects for the Bucks’ new arena, Uhen says there are no grand illusions about what the arena will do for its city.

“I think it would be a mistake to assume that an arena is going to create all this demand and poof -- you have a beautiful multi-block neighborhood,” Uhen said, adding it will take years, if not decades, for the neighborhood to develop on its own.

“The reason I say that is you could really say that about any new development coming into our city, that `well the hotel across the street (from his office), the Kempton, is gonna take business from another hotel on another side of town,'” Uhen said.

The Bucks themselves say their goal is to build an arena-based development that attracts new residents from outside the city, growing the tax base and increasing the amount of disposable income. Team president Peter Feigin says that means including options one might not expect to find in an entertainment district. 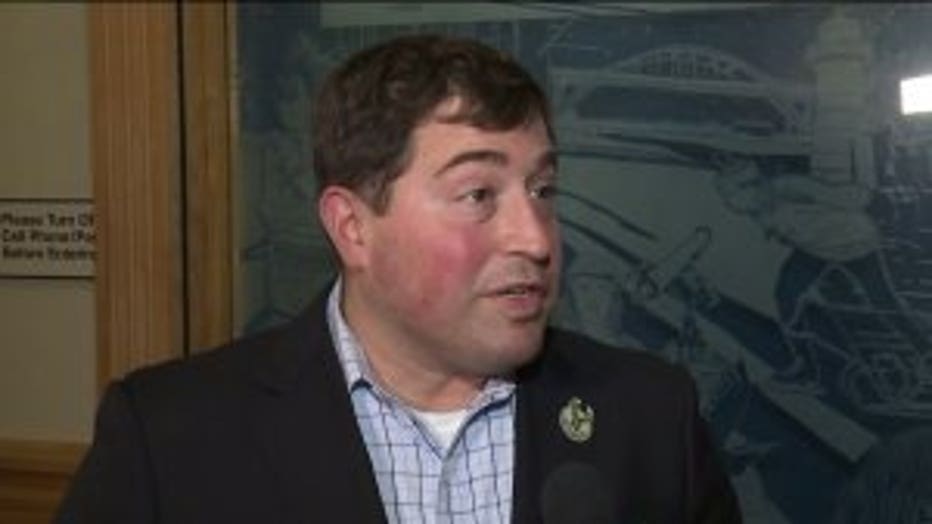 “Like supermarkets, like gyms, like public areas that don`t necessarily get monetized or have positive cash flow but are essential, to be magnets, to get people to work and live there,” Feigin said.

Feigin says the Bucks are not trying to convince anyone a new arena alone will transform downtown Milwaukee. He says the team’s position is that the new facility would be a large piece in a citywide puzzle.

“Walker`s Point, I would argue, is still in the embryonic stages of how to grow,” Feigin said, “So this, to me, is really an accelerator, like how do we accelerate the renaissance of Milwaukee that`s already happening?”

DeMause says that may be a reasonable goal, but argues the arena would be a very expensive accelerator. The state’s Legislative Fiscal Bureau has estimated that, after interest, the public’s share of arena funding could top $400 million. Critics of publicly-funded sports arenas say it should also be noted that in many cases, including the Bucks’, the new arena itself is exempt from property taxes.

“Do you hope property values will go up? Sure,” said deMause, “Do you hope this will be a positive name recognition for Milwaukee? Absolutely. Are you gonna count on this to pay back your investment? You really should not.” 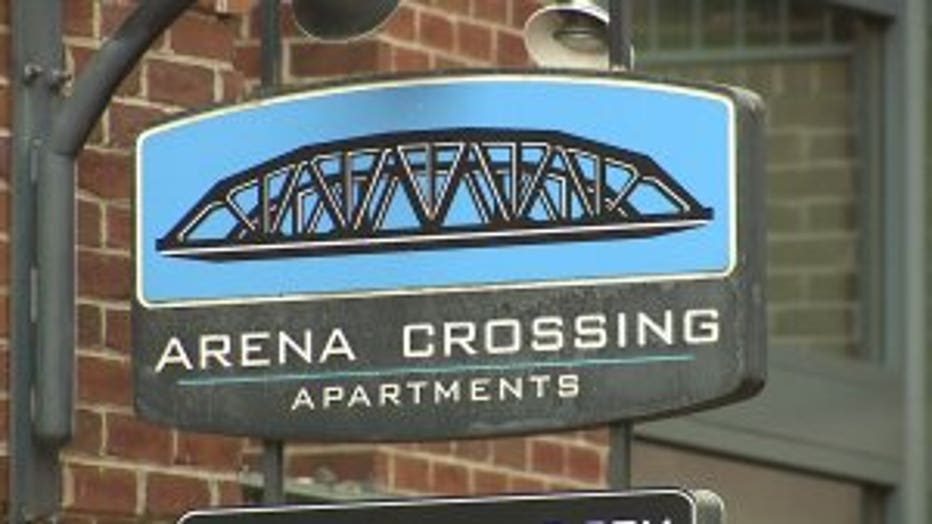 In Columbus, Scartz says even though he lost business with the opening of the Arena District, he considers the project an overall success. The Franklin County Convention Facilities Authority, which now owns Nationwide Arena after a public bail-out, estimates the Arena District has generated about $1 billion in private investments.

“It`s a success for the city, OK? Not necessarily for the Brewery District,” Scartz said, “It`s hurt us, no doubt about it but it has been good for the city.”

Back in Walker’s Point, Alston said she’s confident if there are any initial losses for her business, they’ll be small potatoes in the long run.

“They`ll try the new places but they always end up coming home,” she said. 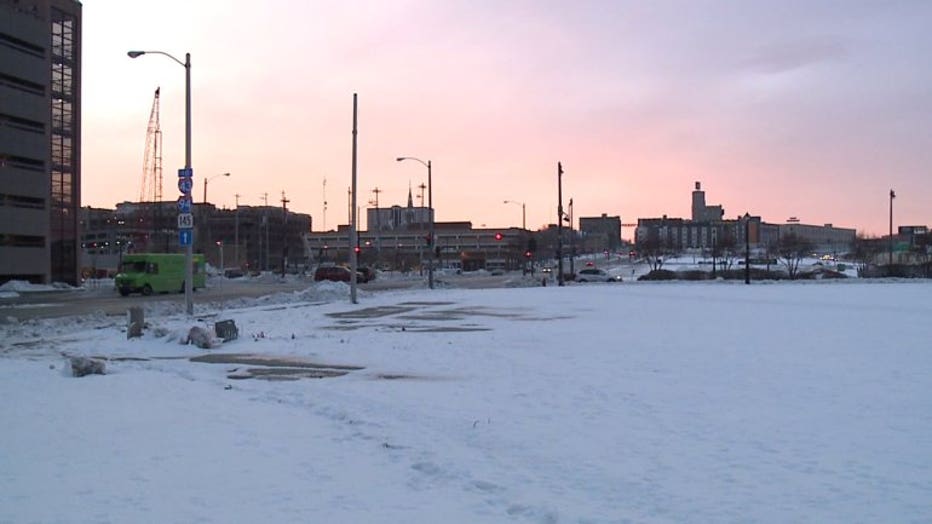 Feigin says the Bucks hope to start construction on the new arena development this spring, possibly as soon as April. The team’s plan is to open the new arena in time for the start of the 2018-19 NBA season.