"I don't think the Bucks should just be able to come in here and take that from us," a UW-Milwaukee freshman said.

UW-Milwaukee officials just spent more than $3 million for naming rights and the promise of a 10-year commitment for priority scheduling at the former U.S. Cellular Arena.

"It's a little threatening. (The Bucks) are a bigger basketball team. They have more money than us," Ryan Sorenson said.

Sorenson is the student body president at UWM. Before the Panthers took the court on Wednesday, November 19th, his group passed out fliers and stickers.

"We just want to let people know we are here, and we want to stay."

"It's really that uncertainty right now.  We don't know what would happen.  We just want to let people know we are here, and we want to stay," Sorenson said.

UW-Milwaukee officials aren't the only ones pumping money into their arena. The Wisconsin Center District just spent more than $1 million on the scoreboard. 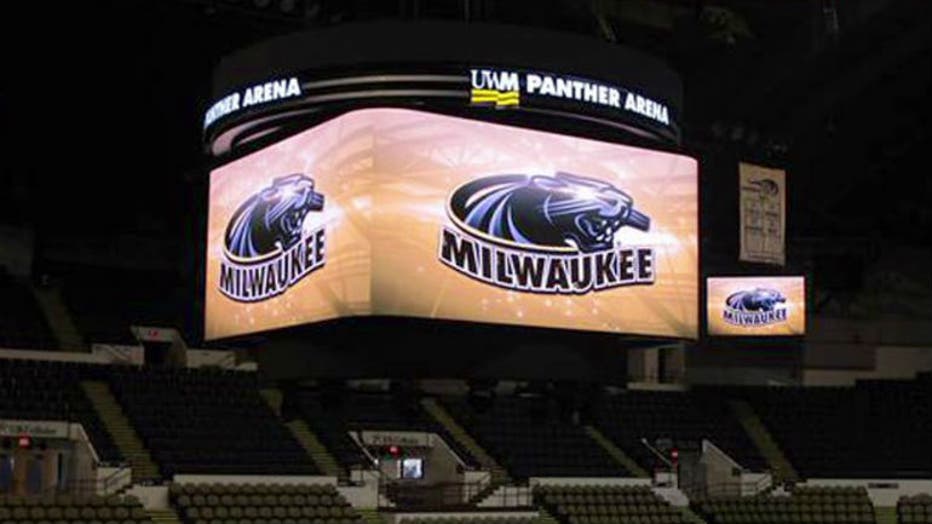 UW-Milwaukee students say they love the Bucks, and want to see them build a new arena -- just not here.

"We do want to get along, but we are still the little guy. Little guys can still get along with bigger guys too," Sorenson said.

The UW-Milwaukee Panther arena may not be an easy location for the Bucks to build, because it is run with public money -- meaning politicians would be involved.

There are still questions about how a new Bucks arena would be paid for, and of course, where it would be built.