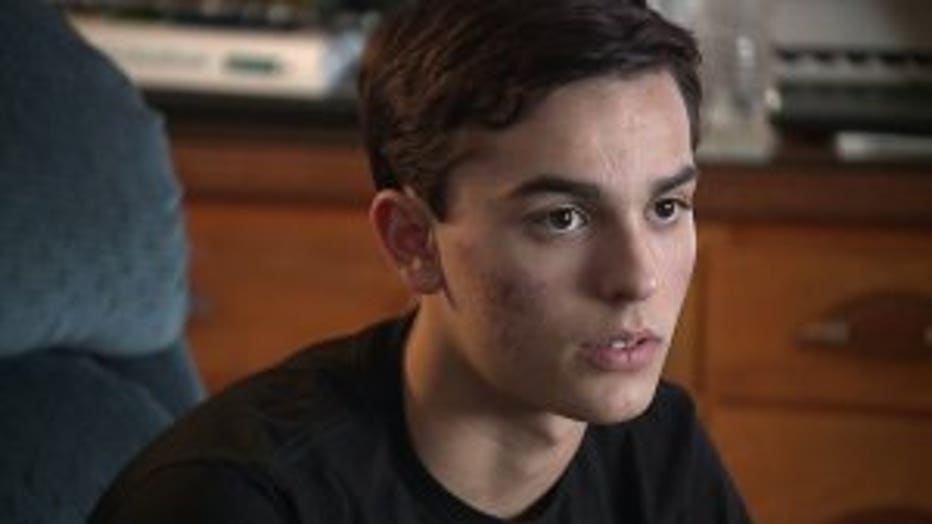 FREDONIA -- He came to this country as a foreign exchange student and now, his host community is supporting him through the biggest battle of his life.

Edoardo Campus and his story will long be remembered in northern Ozaukee County and beyond. An Italian exchange student from Sardinia, Campus arrived in August and was on the field for the Ozaukee High School soccer team not long after. In the winter, he represented the Warriors in his favorite sport.

"I played in basketball in Italy. I was not expecting to play soccer here, but then, the team asked and I wanted to try and it turned out to be a really good experience, but basically when I came here, it was for basketball. I wanted to try American basketball, high school basketball and I loved it," said Campus. 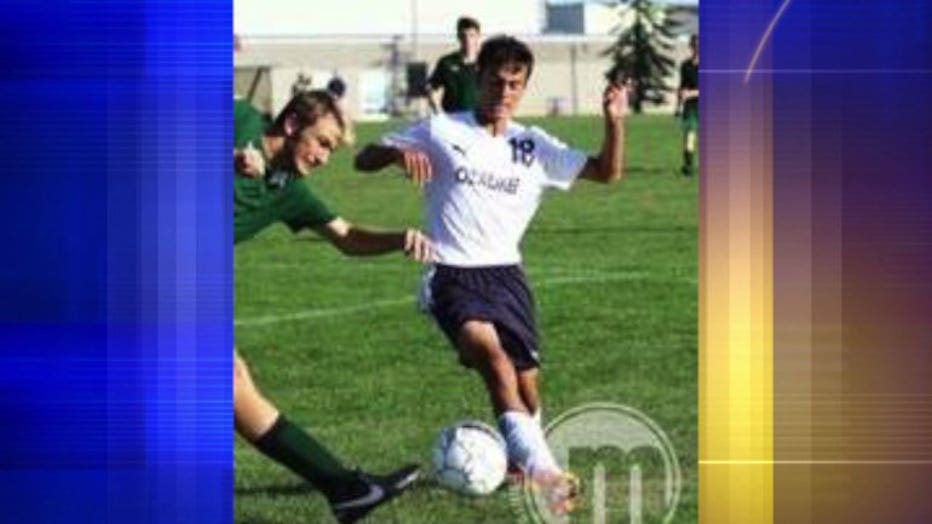 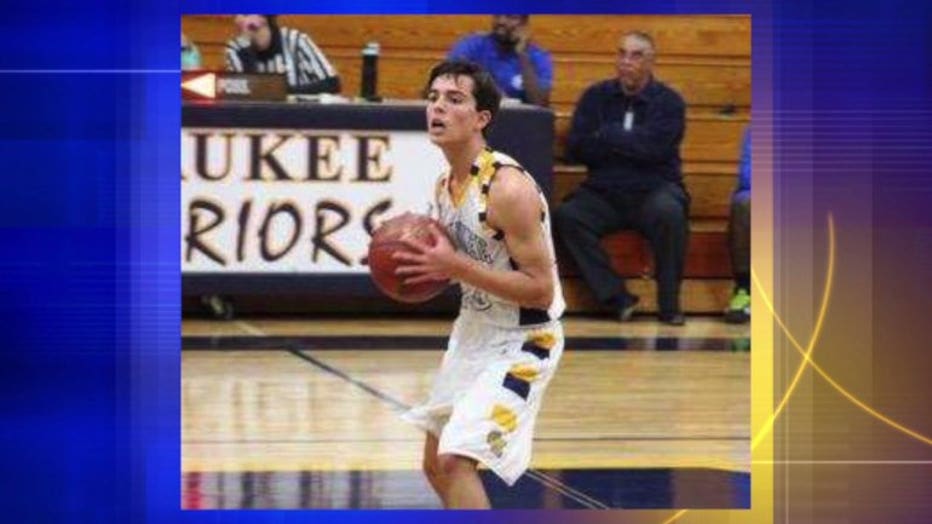 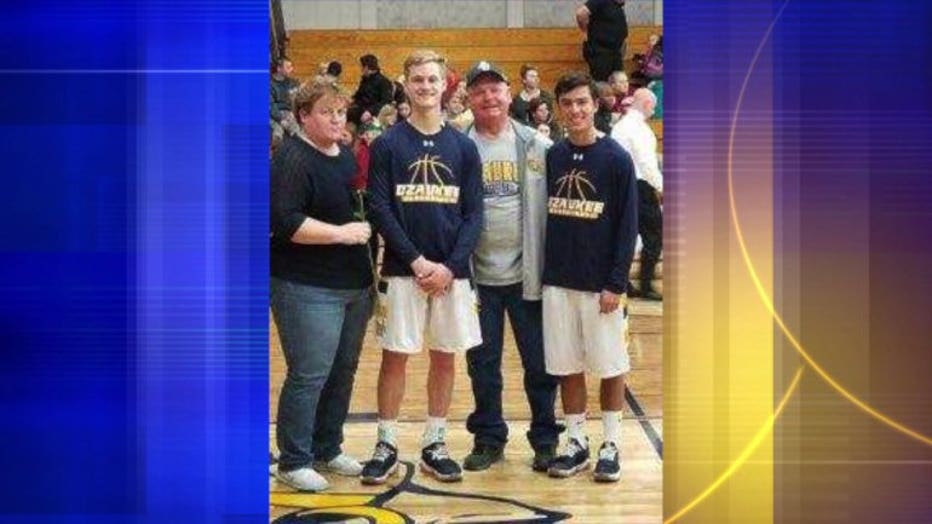 "Our lockers got right next to each other. We see each other every day after every class. We've had classes together too, so it's pretty fun. I enjoy being with him," said Hoffman.

Campus is an easy fit with the Heinold family, which is on its eighth exchange student over the years. Their bond got even tighter in late March, when Campus started having back pain. It was his host mother, Mary Kay, who took him in to get checked out. Tests and ultrasounds and scans and research followed. The diagnosis was embryonal carcinoma, a germ cell tumor -- Stage 3 cancer. That information was relayed to Campus' parents in Italy. 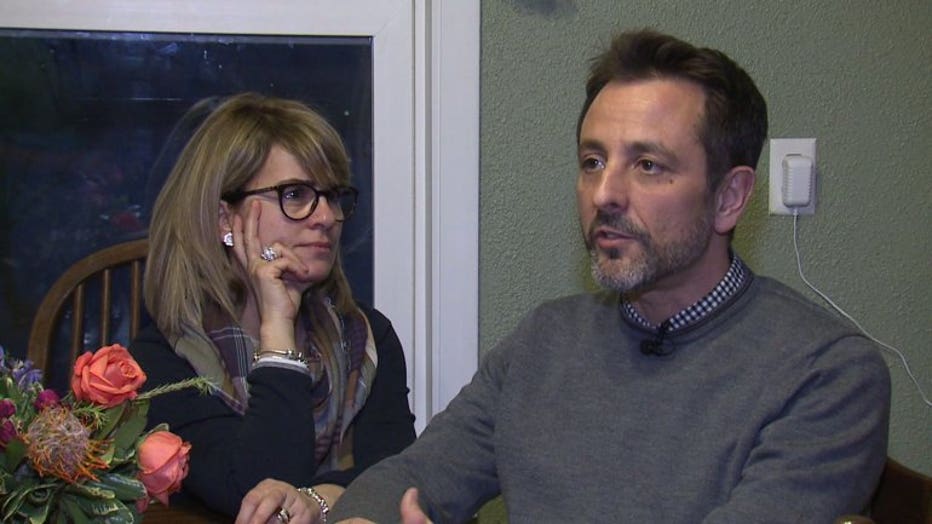 "It's been very sad for us because we were 90,000 kilometers away from here. We had the support of the doctors, of the host family, but Edoardo was here alone," said Claudio Campus, Edoardo's father.

"I think this was tougher for them than it is for me," said Edoardo Campus.

Claudio Campus and his wife Vittoria made immediate plans to come to Wisconsin as their only child awaited cancer surgery. Brent Hoffman started going to medical appointments with his Italian brother. Campus' classmates and new community jumped into action, offering emotional support. 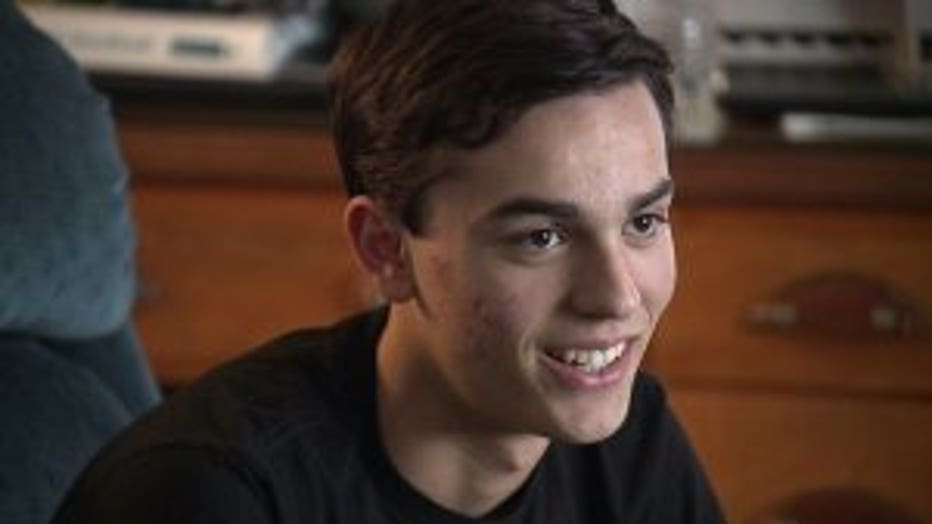 "It's been just perfect, the way they've treated me there," said Edoardo Campus.

Not so perfect is the insurance situation. Edoardo Campus will soon start two cycles of chemotherapy at Children's Hospital of Wisconsin before his body should allow him to return to Italy for two more cycles of chemotherapy. Italy has the National Health Service to cover Campus' costs for the treatment he will receive at home. Expenses incurred in the United States aren't covered by the exchange program's plan.

"After the biopsy, they deny even the first surgery," said Claudio Campus.

A staffer at the school set up a YouCaring account to help off-set the costs of chemo and the response has been heartwarming. Campus remains positive in the face of his greatest life challenge, which has come late in his greatest life adventure. 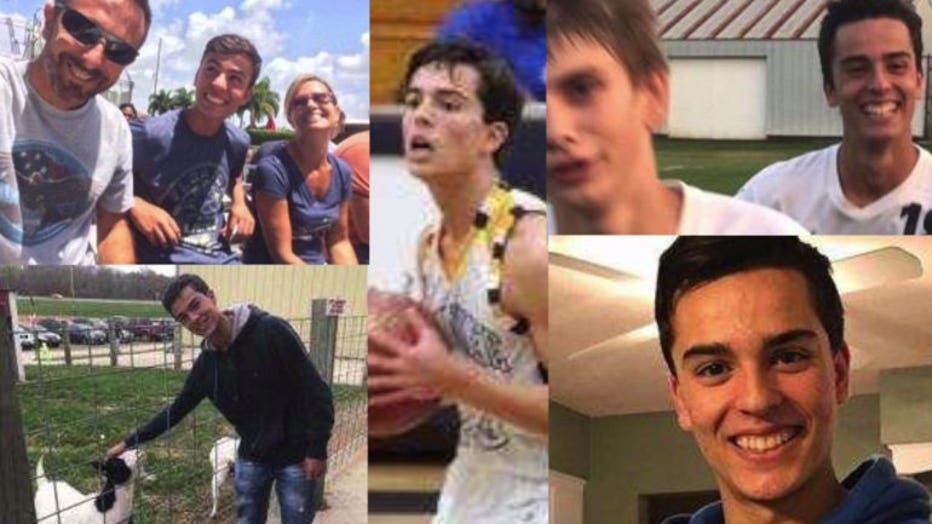 All of those giving to Campus are getting, too.

"It's our son, but he not belong to us. He is free. He is Edoardo. He is a special one," said Claudio Campus. 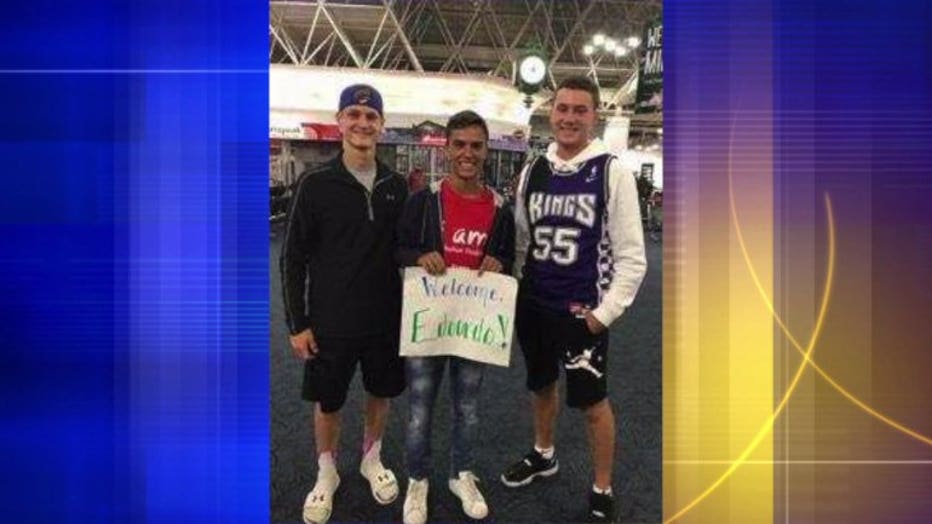 Campus said he vows to remain as upbeat as possible in his cancer fight. He said once you lost the smile, you lost the battle.