Greenfield woman 'enjoying the moment' with every Ironman

It's never too late to go after your dreams, and one Greenfield woman is a testament to that. Lily Zhao takes us Beyond the Game with a true Ironwoman.

GREENFIELD, Wis. - For Pam Grzybowski, life after the workforce did not slow down. Instead, it only picked up, one mile at a time.

For most retirees, spending each day training for a grueling 2.4-mile swim, 112-mile bike ride and a 26.2-mile run, better known as an Ironman, might not sound appealing.

But for Grzybowski, it's her passion.

"I love the challenge," said Pam Grzybowski. "It's the way that it makes me feel. I feel really healthy."

At 66 years old, Grzybowski is about to embark on her biggest challenge yet. She's competing at the Ironman World Championship in Kailua-Kona, Hawaii.

"It definitely is a little bit intimidating, but it's also an honor," said Grzybowski. 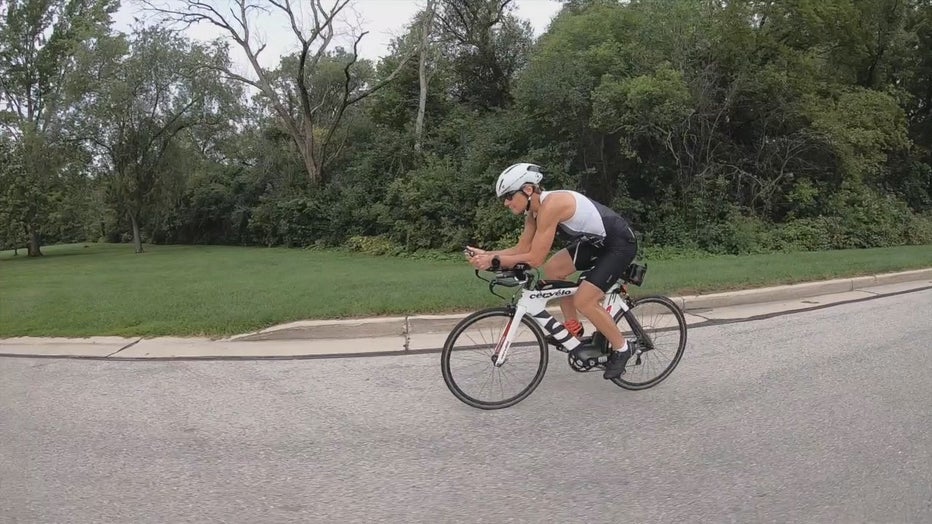 To qualify, Grzybowski participated in Ironman Indiana last October and placed first in her age group. That won her a slot in Kona.

"I was just so excited," said Grzybowski. "Pretty much once I got on the run, I knew that I maybe had a chance to win that slot."

She's been training every day since November to prepare.

"On any given day, I'm training from two to eight hours," said Grzybowski. "My bike ride training will range from 70 to112 miles. My running will range from eight to18 miles. I'm swimming four times a week. I'm also doing strength training twice a week, as well as stretching and yoga and recovery kind of activities."

From training in the heat and humidity to open water swimming, Grzybowski is ready for the elements and the grueling task of completing the 140.6-mile race.

"Just enjoy the moment," said Grzybowski. "What keeps me going is just getting to the next location to see my supporters, my family and then, of course, it's just seeing that finish line."

Grzybowski's dreams of long-distance races began in 2004. That year, she finished her first marathon.

In 2010, she decided to learn how to swim and bike and slowly built her way up to doing triathlons. Eventually, she completed her first Ironman in 2016 at the age of 60.

She's confident if she can do it, anyone can.

Since her journey began, Grzybowski has run 77 marathons in 40 different states and has also completed five Ironmans in the last six years.

"The top goal would be to place in the top five only because so far, for every Ironman, I have received a top-five finish," said Grzybowski.

There to watch Grzybowski compete is her family.

"I would not be able to do any of this if it weren't for my husband as well as my family," said Grzybowski. "They're very supportive. They're just very excited for me."

As an added bonus, the entire Grzybowski family will be traveling to Hawaii to cheer on their favorite Ironwoman, whose iron will pave the way.

Grzybowski will race in the Ironman World Championship on Thursday, Oct. 6.

After that, her goal is to get back to finishing a marathon in all 50 states. She has 10 states left and is hoping to get out to Delaware next.