MILWAUKEE -- The Milwaukee Brewers are holding an inaugural Brewers Mini Marathon on September 22, 2012 to benefit the MACC Fund. The Brewers say the mini marathon will take runners through a scenic route, offer prizes and include a post-race tailgate party.

The Brewers are providing a safe marathon with ten aid stations with water, Gatorade and misting stations. Free parking is also included for race spectators along the race route.

John Cary is the Midwest Athletes Against Childhood Cancer (MACC) executive director. "The important thing about a first year, is a second year, and if we do things right, and with the Brewers, we know we will, there will be a second year and a third year," Cary said.

Volunteers and participants will get a ticket to select Brewers games in 2012 or 2013, a free t-shirt, and a participation medal. Participants can register for the race at www.brewersmini.com today. Runners can also organize their own fundraising page and find a full list of fundraising prizes at the Brewer's Mini Marathon website.

CLICK HERE for more information on the Brewer's Mini Marathon. 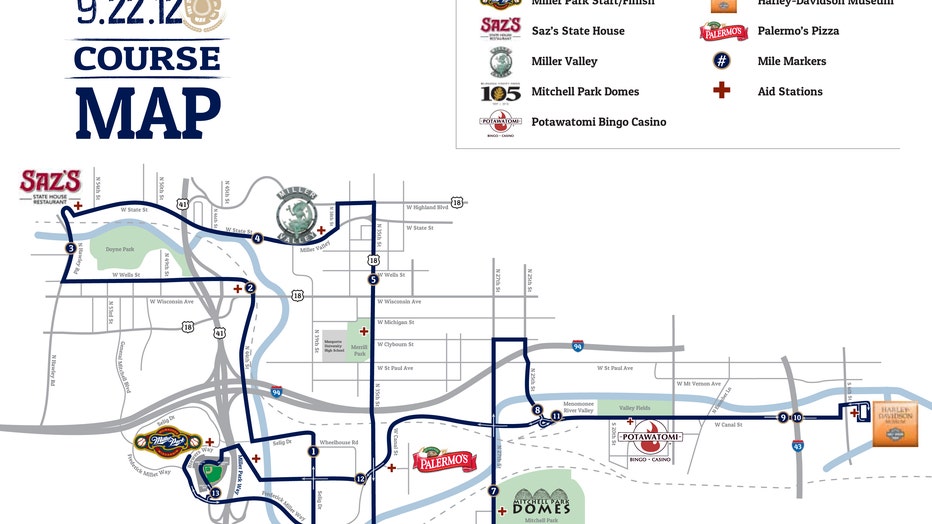