For the second consecutive season, the College Football Playoff will feature a Super Bowl-style halftime performance for the television audience. The school bands will still perform at halftime of the game in Levi's Stadium in Santa Clara, California.

Imagine Dragons will headline the halftime telecast and perform from Treasure Island in San Francisco Bay. The bands' song "Natural" was used by ESPN as the theme for much of the network's college football coverage and promotions. Imagine Dragons won a Grammy in 2014 for its song "Radioactive." The band will perform several songs in the halftime set, including tracks from its recently released fourth album, "Origins." The halftime concert will be free to attend but limited to those who secure passes. Details on how to do that will be announced at a later date. 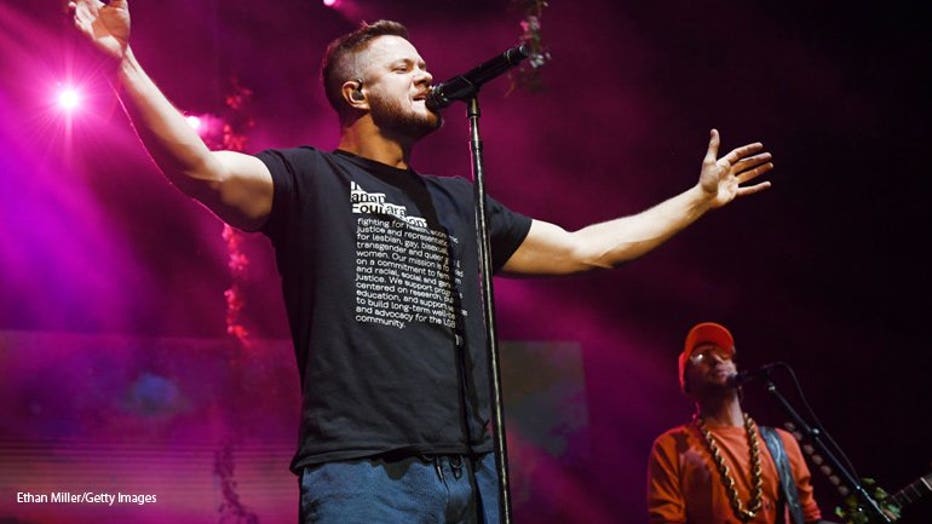 LAS VEGAS, NEVADA - NOVEMBER 07: Frontman Dan Reynolds (L) and bassist Ben KcKee of Imagine Dragons perform during the Origins Experience pop-up concert at The Chelsea at The Cosmopolitan of Las Vegas on November 7, 2018 in Las Vegas, Nevada. The ban