WAUWATOSA -- It's not supposed to happen to a young person -- especially the strongest kid on his high school football team. But suddenly, he went from fighting to win on the field -- to fighting for his life.

"All I remember is feeling really light-headed," Braeden Schrems said. 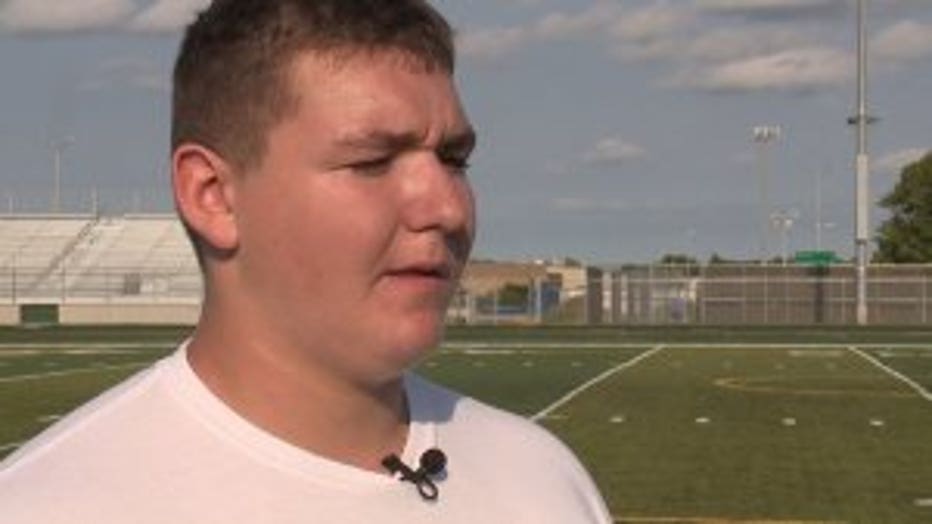 On July 14th, Schrems and two of his best buddies on the Wauwatosa West High School football team were at Noah's Ark in Wisconsin Dells -- having fun, joking around, being typical teenagers.

"I'm like, 'Javaree, Javaree, I'm not feeling too well,' and I leaned on him," Schrems said. 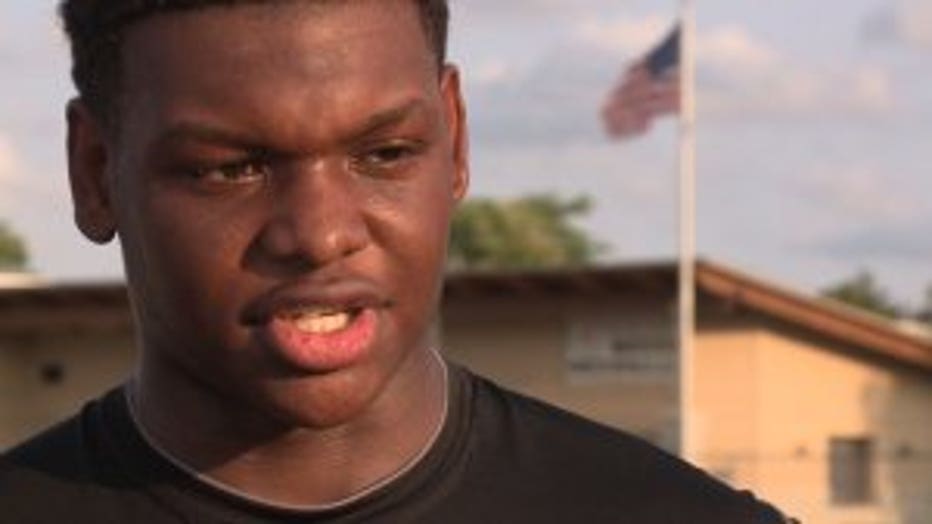 "We told Braeden to lean on the banister, which he did, but as he was doing that, he was dragging his left foot, and I thought he was goofing around at first, so I said "Braeden, could you stop playing around?' And then he turned around and he started talking, and his whole left side wasn't responding as fast as his right side. Braeden just fell over on top of me," Javaree Jackson said.

"I remember the people at Noah's Ark saying 'Braeden, Braeden, wake up! Wake up!'" Schrems said.

Schrems was rushed to a hospital in Baraboo and then airlifted to one in Madison.

"I remember waking up in the hospital with a feeding tube and them telling me that I had a stroke," Schrems said. 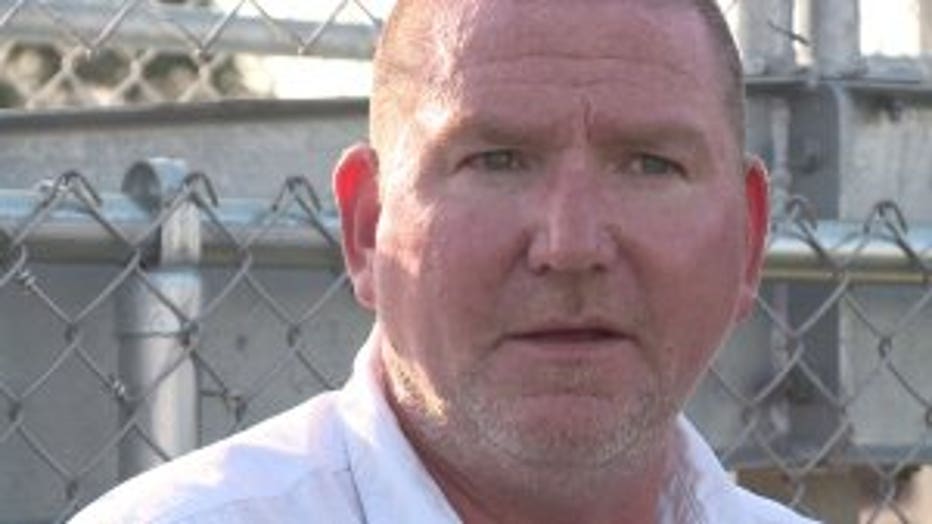 "Devastating. Lying like that -- he wasn't quite sure what was going on. It was frightening. Scary," Jason Schrems said.

"Imagine the worst thing you've ever seen and multiply it a million times. And it was real," Lisa Schrems said.

Lisa and Jason Schrems saw 20 doctors and nurses huddled around their son, who was yelling. In an instant, they had to make a decision to let Braeden undergo what Lisa called "life-saving surgery" to remove a blood clot from his neck. 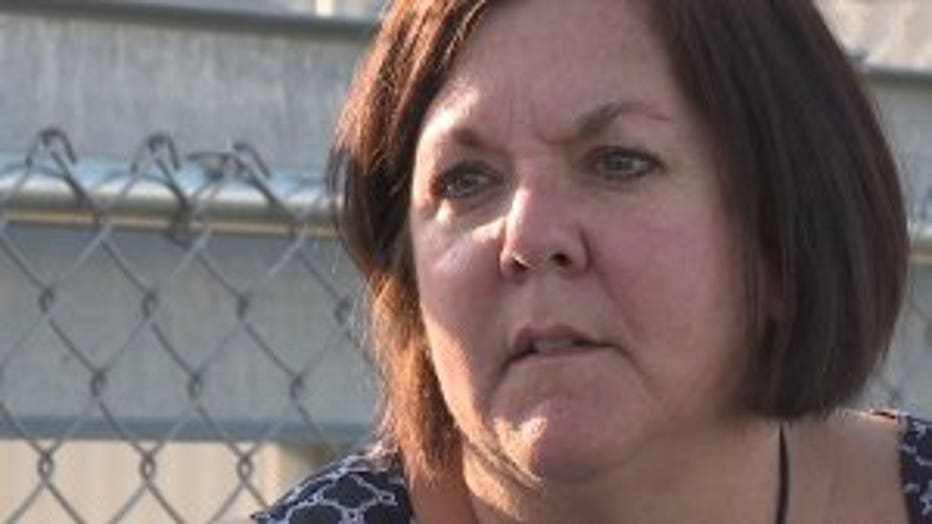 "I went over by him and called him by his name and he recognized my voice but he couldn't see us -- because I was on the left side of him, the side the stroke affected. He just screamed my name and they took him off. We kind of just fell and prayed that everything was going to be OK," Lisa Schrems said.

The surgery saved Braeden Schrems' life, but the stroke impacted the feeling on his left side -- as well as his eyesight and short-term memory.

Schrems takes part in physical therapy three to four days a week for two to three hours per day. 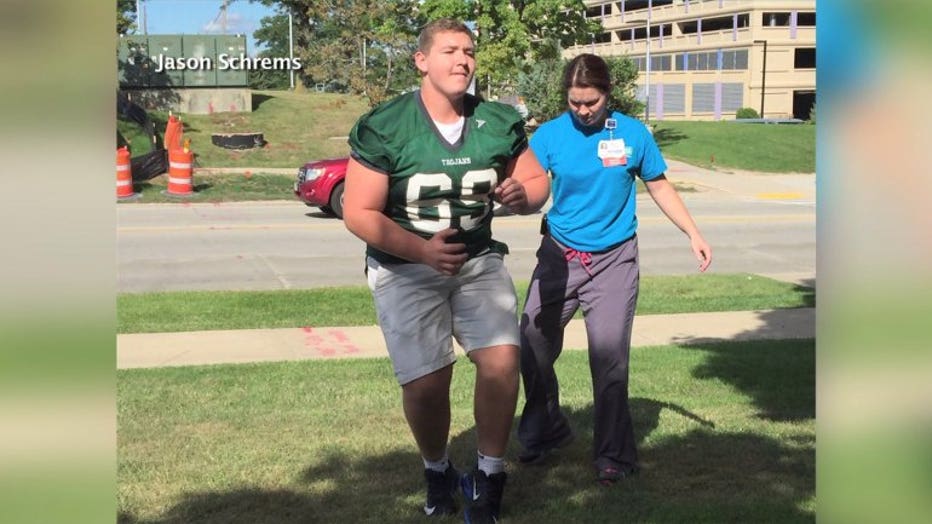 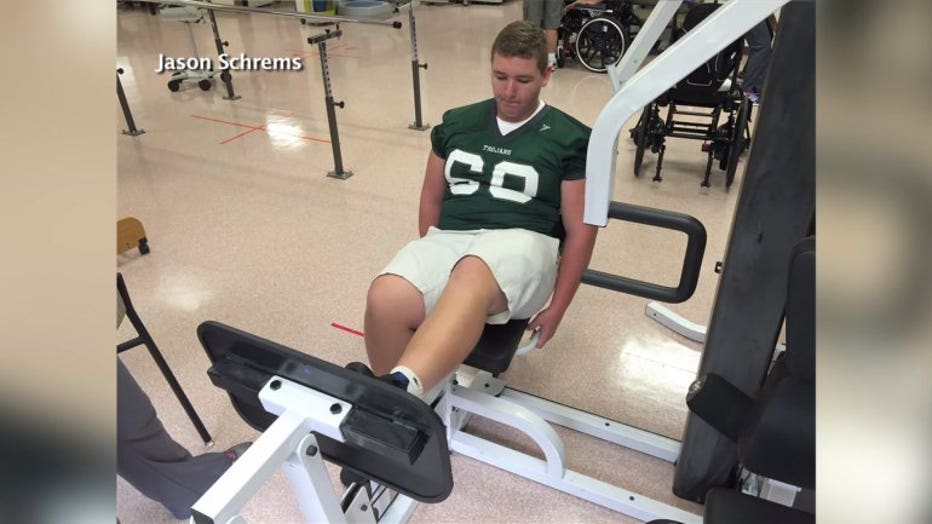 It could take up to a year to find out how far back the determined young man will get.

"We've got strong hopes for him to get a lot of his strength back, his motion, his eyesight, memory," Jason Schrems said. 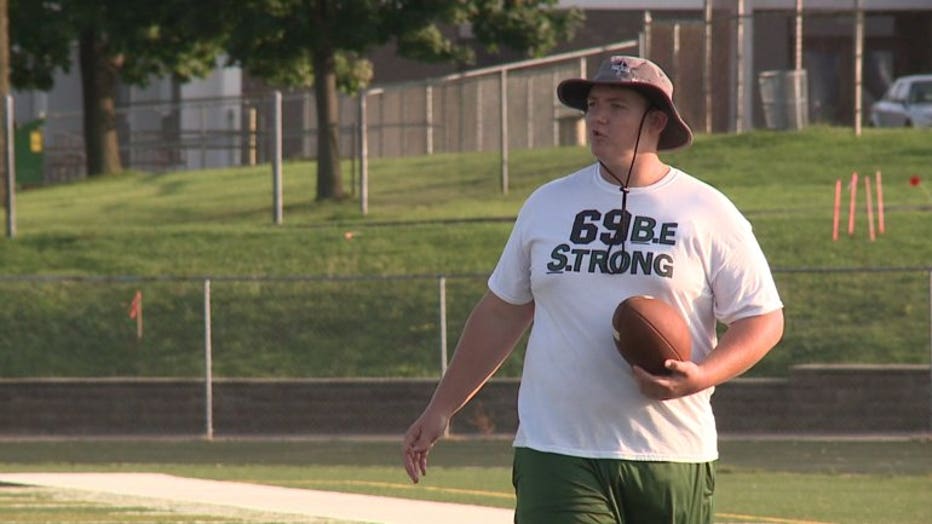 Braeden Schrems won't thrown any more big blocks for Wauwatosa West this season, but he's still a big part of the team as a manager and motivator. 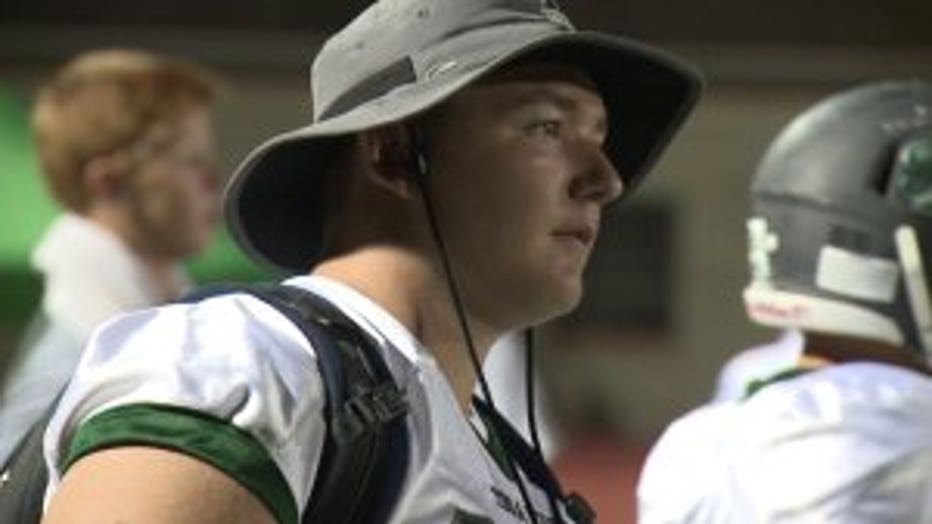 "He definitely is an inspiration. He wanted to get back to the football field. He's just so eager to do whatever is necessary to recover. To see him at practice every day, he was jogging yesterday. I'm going 'oh my goodness!' It's inspiring to everybody to see the attitude he has and the support he has," Jeff Gabrielsen, Wauwatosa West athletic director and assistant coach said.

"What that young man has been through, from everything to starting football, to ending football, to a life-changing experience -- how strong he is. He comes out here every day. It just makes me smile. It makes your heart warm," Wauwatosa West Head Coach Matt Good said.

What also warms the hearts of Braeden Schrems and his family is the support they've received from all of Wauwatosa -- selling "69 Be Strong" T-shirts to help defray medical costs is only part of the picture. 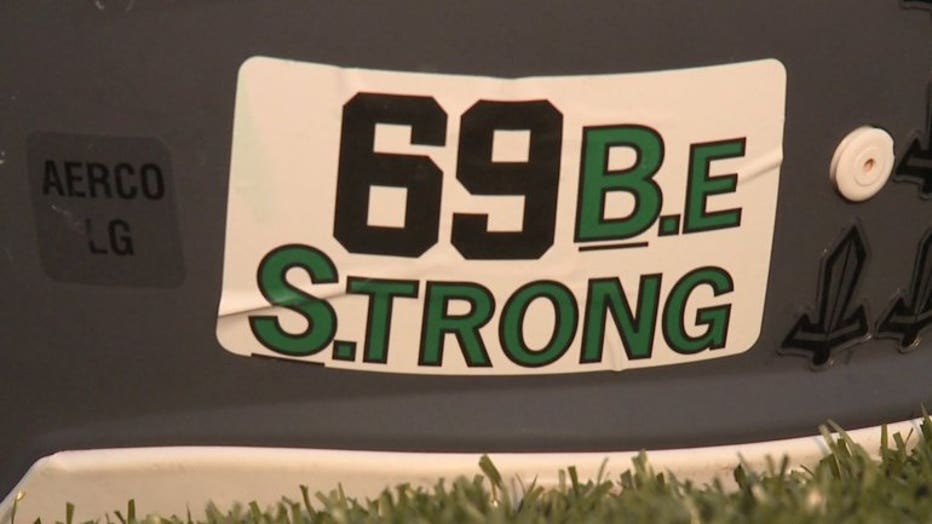 "His teammates, his coaches, our family, all of our friends, the Tosa community as a whole, all of the parents have just rallied around us -- people that we don't even know have been praying for us. I don't know what to say. It's overwhelming. We're speechless," Lisa Schrems said.

"I cannot say enough for so much support. My classmates and my football team -- unbelievable. I cannot thank people enough for this. I have no words. I'm speechless," Braeden Schrems said.

His teammates, who are credited with helping to save Schrems' life, are thankful too.

"I'm just actually really happy that me and Javaree were with him, because he's still here. He's my best friend. I am going to be there every step of the way," Austin Ertl said. 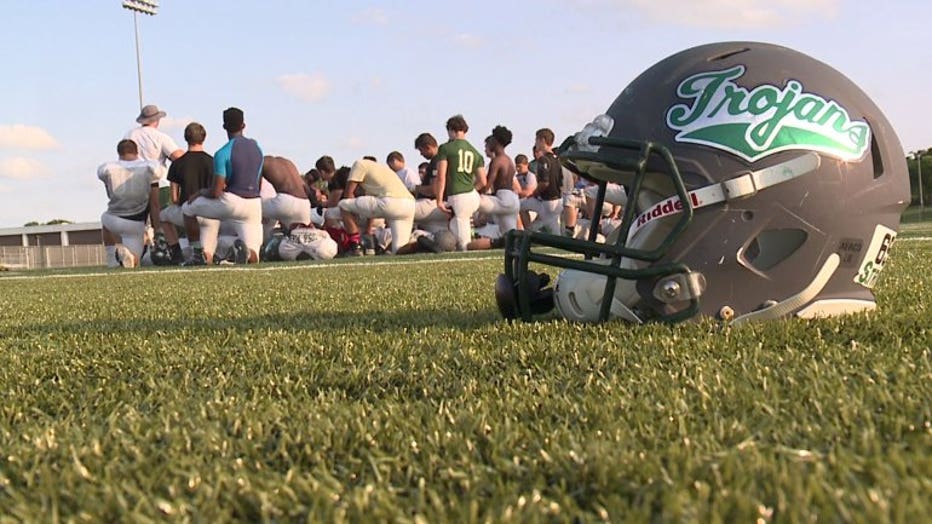 Braeden Schrems is making a great comeback and he's learned perspective at a tender age that he wants to share with everyone.

"I thank God for being with me and letting me live another day. God is there for you, and he wouldn't give you this test if he didn't know you were ready for it," Schrems said.