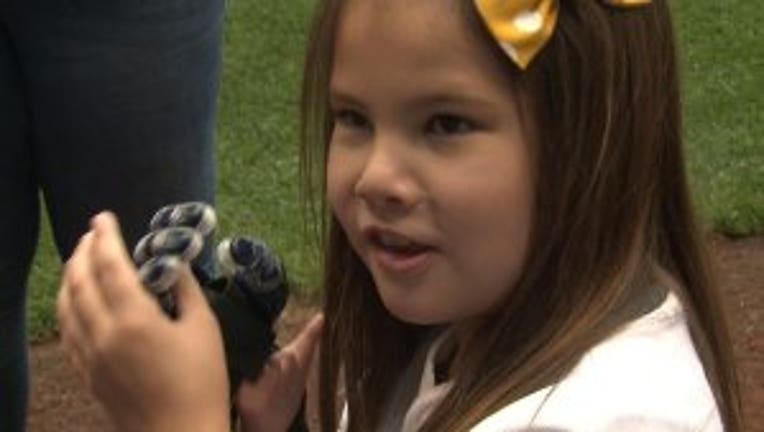 MILWAUKEE -- She's been a first pitch phenom, and she recently brought her story to Milwaukee, checking off another ballpark on her list.

Smiles, dancing and autographs are the typical pregame routine for Hailey Dawson, 8.

Dawson has Poland Syndrome, a birth defect that left her without three fingers on her right hand, but thanks to some engineers at UNLV, Dawson has a 3D printed robotic hand -- a hand that has now become a baseball sensation. 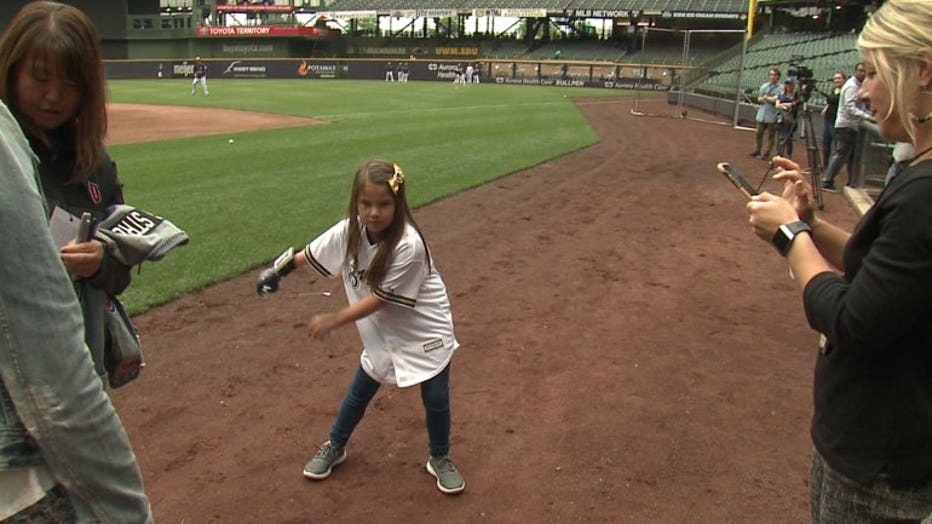 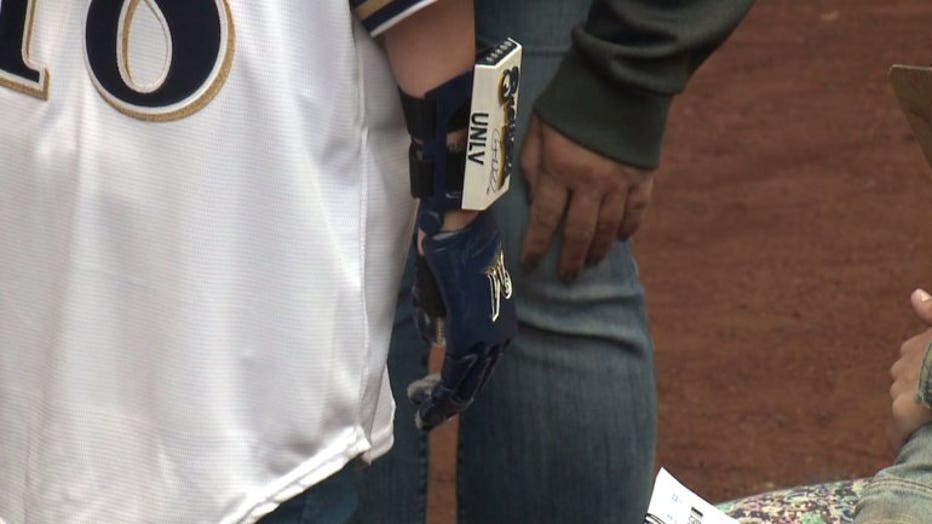 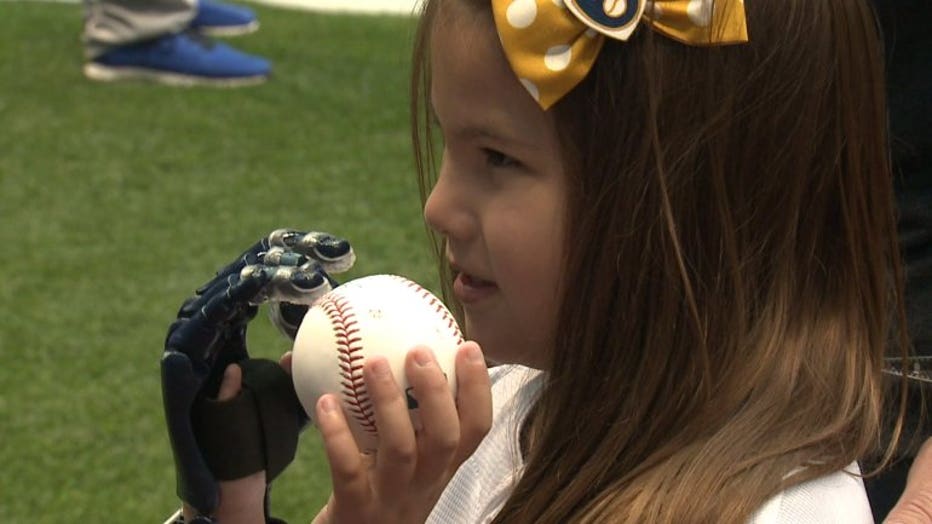 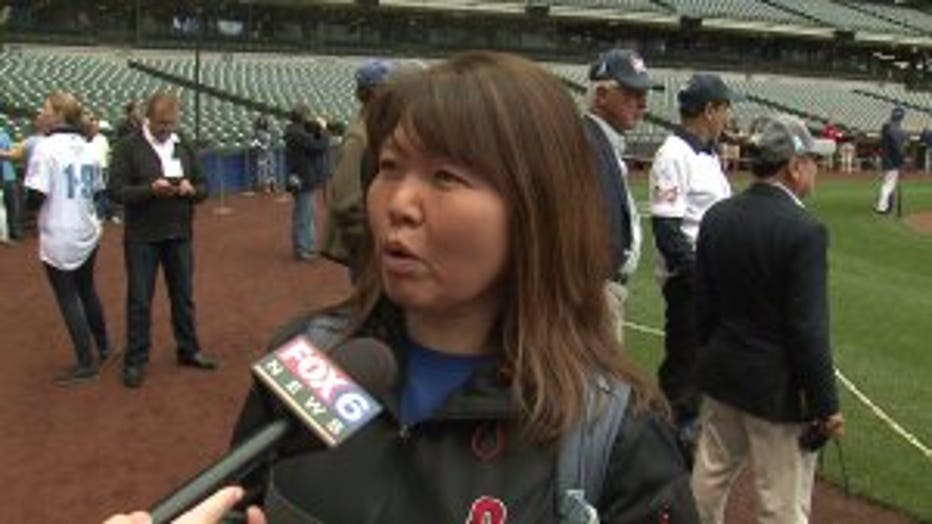 "You know, it's amazing for someone born with this special hand, that's what she calls it, because of Poland Syndrome, to see her confidence. Initially the hand was meant for function, but it became a confidence thing for her," said Yong Dawson, Hailey's mother.

Thanks to an idea and the power of social media, a string of ceremonial first pitches began. The first took place back in 2015.

"Well, my husband played baseball when he was younger. He coached baseball. My son plays Little League, plays high school now, so it's been a baseball park every week for us, so she's kinda been in baseball. She kept asking 'what's next? Where am I going and who am I pitching for?' I said 'do you wanna try and do it for everyone?' She was like 'yeah, lets do it!'" said Yong Dawson. 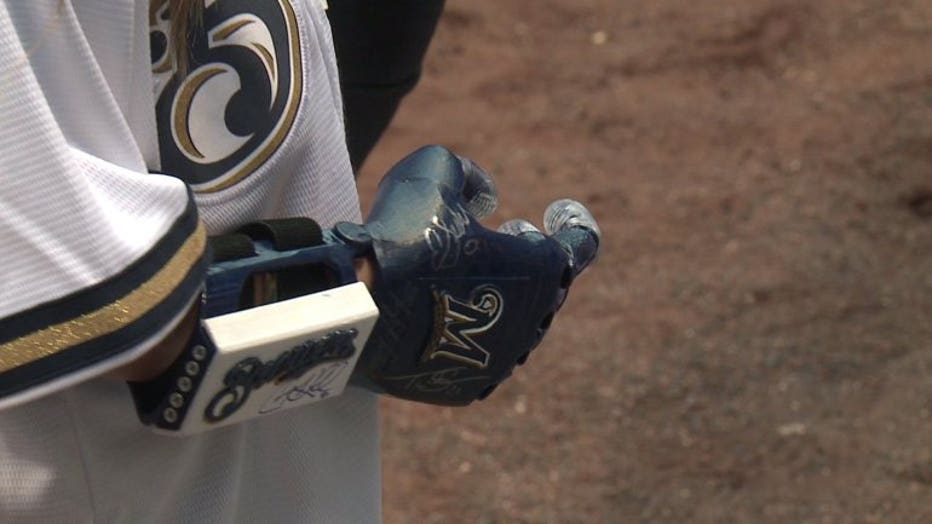 First pitch #12 brought Dawson to Miller Park. She's met with countless players, started a collection of baseball jerseys and continues to add to her autograph collection with each stop she makes, but the message she hopes to send each and every time she takes the mound is  most important. 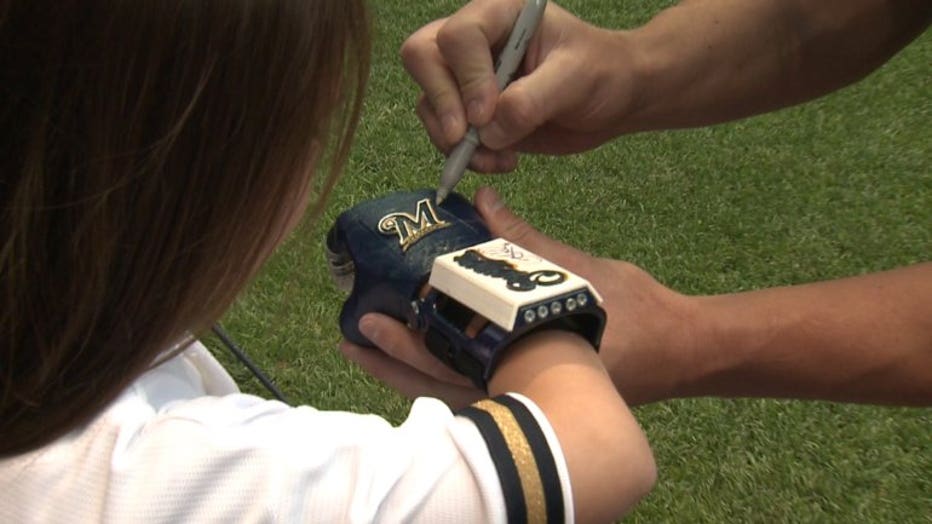 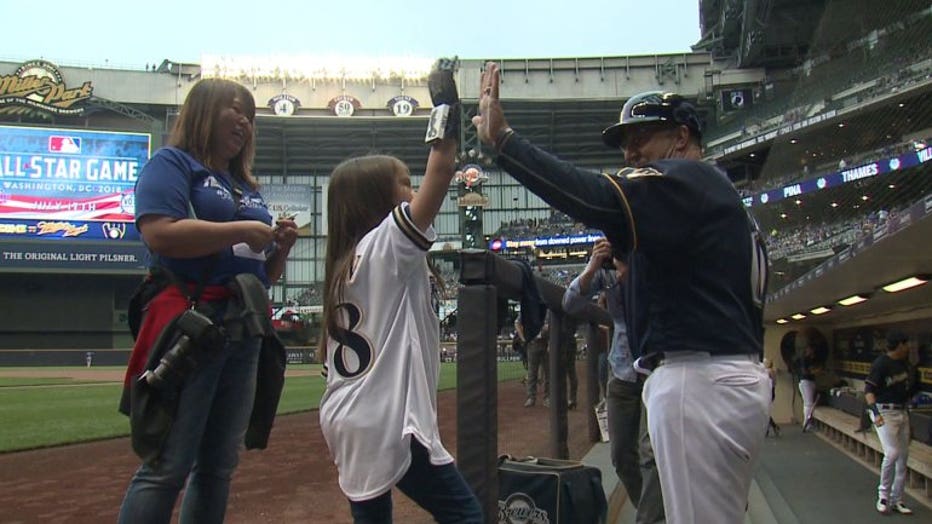 "For her too, she doesn't talk about it too much when she's at school. She's very humble about it," said Yong Dawson.

So what's next after all 30 ballparks are checked off the list?

"We're gonna take a vacation, I think from each other. She dropped the puck for our local team the golden knights so we've been approached by a couple hockey teams, and a couple football teams, but baseball is our passion so we just might stick to that," said Yong Dawson. 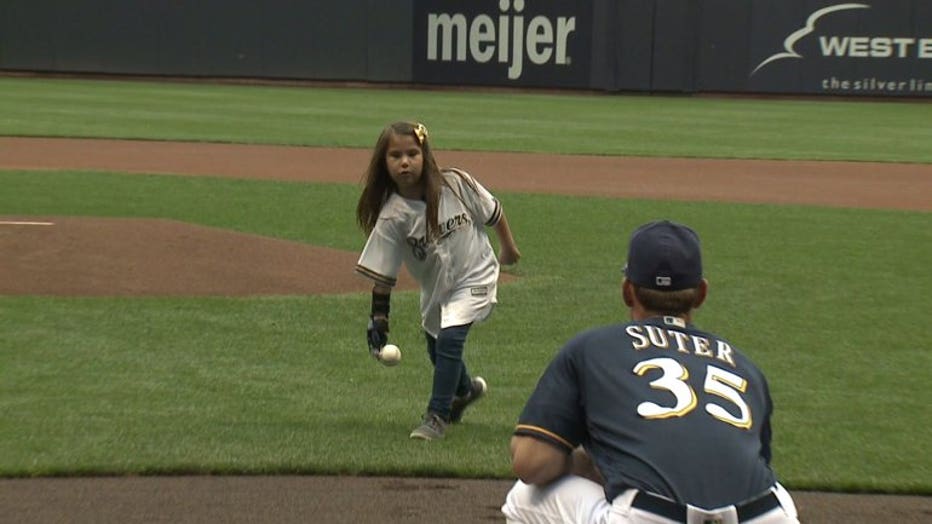 Dawson will wrap up her journey in September with the Los Angeles Angels after 30 ceremonial first pitches.