FRANKLIN -- Baseball returned to southeastern Wisconsin on Friday, July 3 -- but not at Miller Park. Franklin Field, home of the Milwaukee Milkmen, was the place to watch America's pastime.

Friday's game was the first of a six-team, 60-game season for the American Association of Independent Professional Baseball. The only ticket in town, some fans waited for hours in the parking lot to get into the sold-out contest. 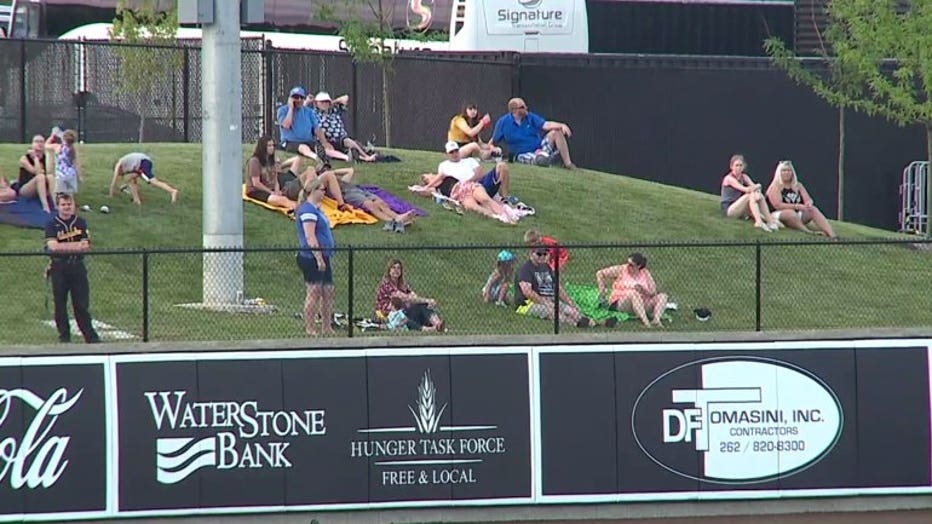 For Jody Warner, there was no place she'd rather be on a hot Friday night than the home opener. From the sounds of the park to the player introductions, she said she lives for the game. But in the heart of the COVID-19 pandemic, a trip to the only ballpark allowing fans inside is different this year.

"I miss baseball. This is what we do all summer," Warner said. "I had to be careful. I had to make sure it was gonna be safe for me, and I think that they're gonna do a good job of it."

Masks were encouraged but not required and the team asked guests to spread out and distance from other groups once inside the ballpark. Warner made her own mask, and all employees wore them, too -- along with gloves. 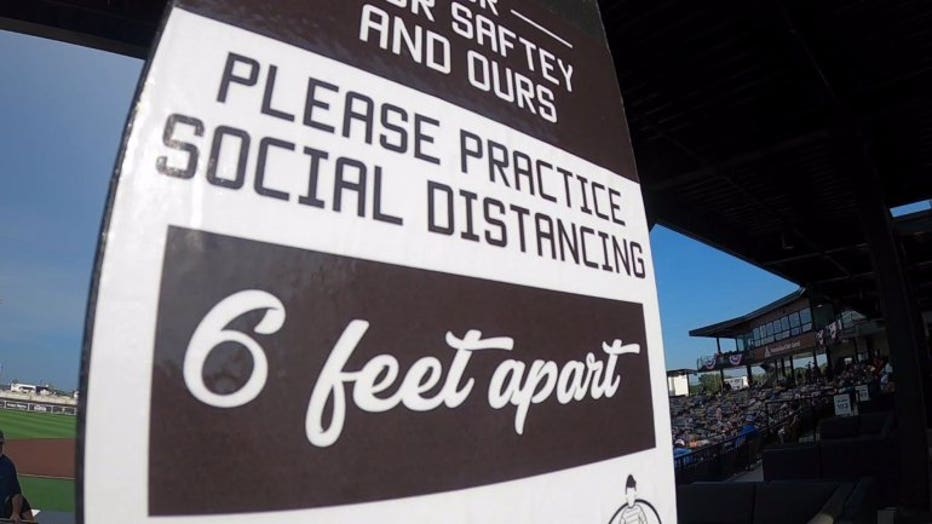 The changes were perhaps a bit startling at first, like a high-and-inside fastball. The chance to sit in the stands, hear the crack of the bat was all some fans, like Nicola Kania, could ask for.

"I was worried at first, but as you can see, I'm wearing a face mask. I have my own hand sanitizer. As long as I'm keeping myself safe, I'm sure everybody else will do the same," Kania, a Milkmen season ticket holder, said.

For a night, everything playing between the foul poles was a distraction for fans from what's happening on the outside.

"When we sat down and picked our games, it was tears behind that picking because it was just, ok...things are gonna get back to normal," said Kania.

The numbers on the scoreboard didn't matter much to the fans who showed up on Friday -- many just grateful to watch a live game again.

Unfortunately for the players, the outcome was not what they'd hoped for; the Milkmen fell to the Chicago Dogs 2-1 in the season opener. 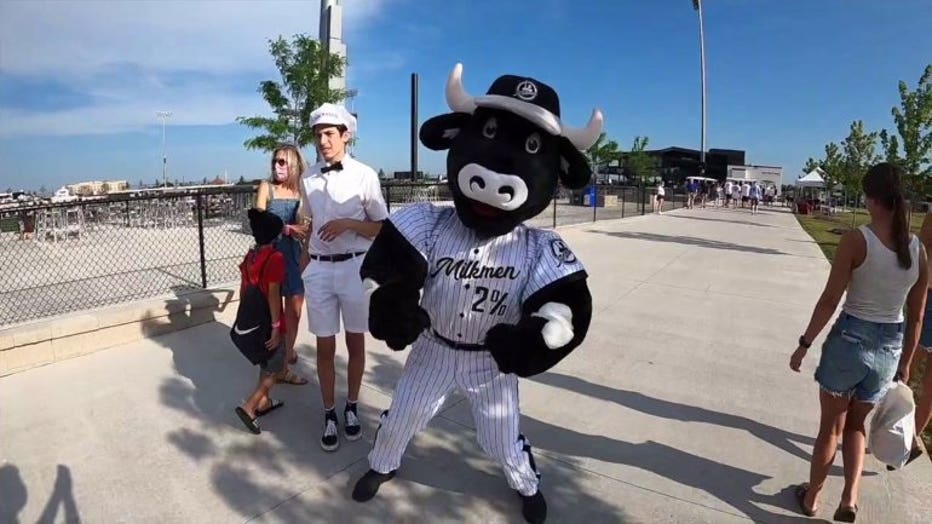