At The Rock, 2 former big-league pitchers continue lacing up their spikes

At The Rock, 2 former big-league pitchers continue lacing up their spikes

FRANKLIN -- The love of the game is keeping two 50-somethings still lacing up their spikes, but it's their shared experiences that make their story unique.

"As a player, I always get that itch...coming around spring. You know, whatever helps me get through these long winters is the light at the end of the tunnel is the warmer the weather gets, we get to play a little baseball," said Don August. 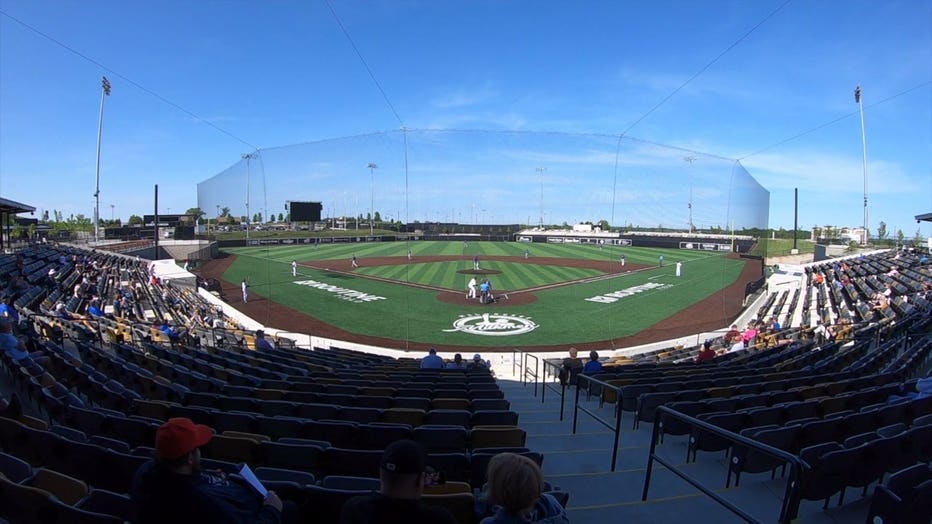 What had always been a rite of spring has become the light of summer for the former Milwaukee Brewers pitcher.

"A month or two ago it wasn't looking good for anything," said August. "Everyone was at home. We weren't able to do a lot of things."

While waiting to see if the game would return, Don has been keeping the spirit of the game alive by sharing his countless baseball stories via social media.

"My son...he says hey, especially during the pandemic there's no baseball, nothing going on, hey why don't you throw some baseball stories out? I'm sure people are dying for any kind of baseball," August said. "So, I started tweeting little stories from Taiwan here, a story from the Dominican and Mexico...It kind of enthuses me to put another story out there." 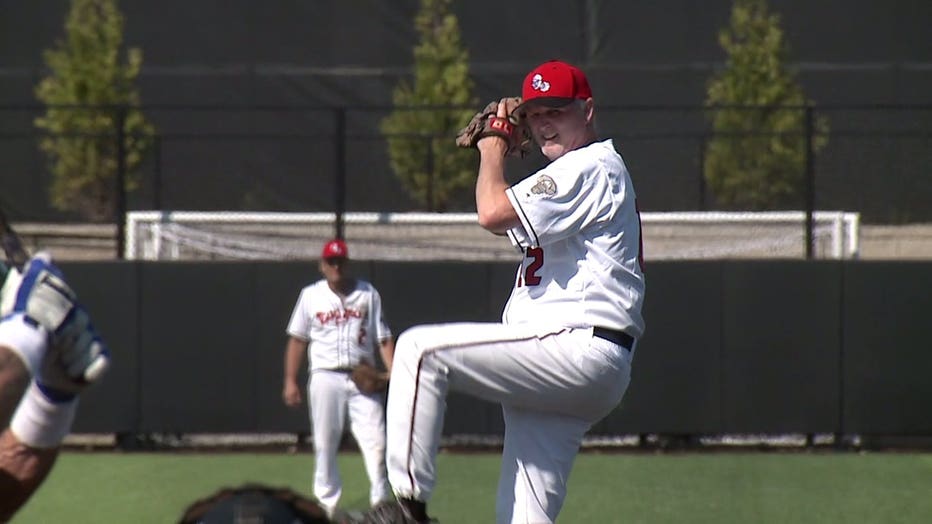 Now, August's stories continue on the field -- and in uniform. He is pitching for the Lugnuts in the 55-and-over division where he is, once again, a rookie.

"It sounds funny, as l don't pull a muscle. A rookie sounds like a kid to me. So it kind of gives me that frame of mind I suppose," said August.

Like the Lugnuts, the Rangers -- another team in the league -- have a former Major League player. Tom Klawitter, who played for the Twins, is competing as well.

"Boy, it was really exciting when we found out we could play," said Klawitter. "Why am I playing? I love the game. I've never quit."

The passion for the game has led Klawitter and August to this moment -- as the two are matching up against one another.

"It's special just because of the fraternity that we're in. You know, there's not a whole lot of us around doing this kind of thing. So, it's pretty cool," Klawitter said. 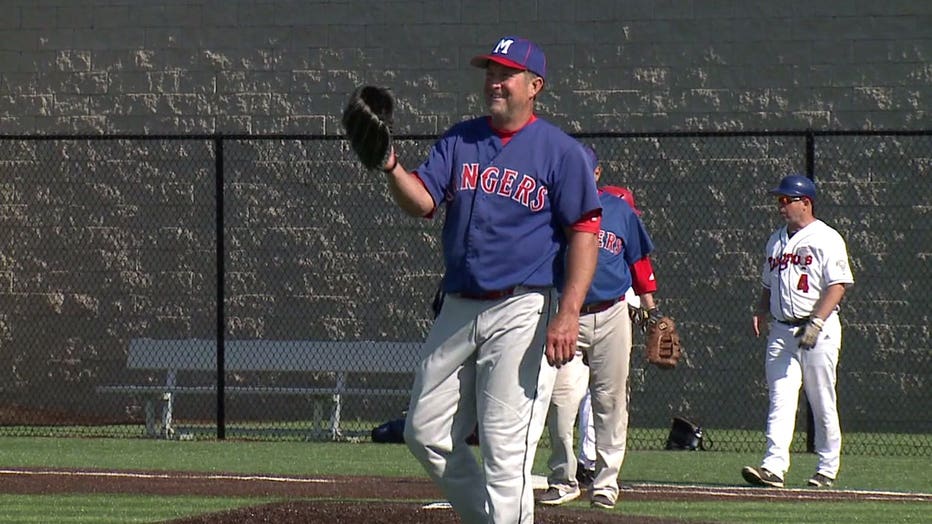 "He pitched in the Majors, too," said August. "I never thought I'd be squaring up against another Major Leaguer anywhere. I mean, I'm just glad I'm still able to play at this age. It's kind of a cool concept, a couple of old guys going at it."

While they have reached the highest level the game has to offer, playing weekends in this league is suiting them perfectly.

"By the time you're in your 50s and pushing to the 60-year range and you're actually coming back week after week, I think that's awesome," said August.

"It's always a thrill to play. And you always get excited about hopefully you're going to go out there and give your team a chance to win," Klawitter said.

It's the common bond of baseball that has both men getting back up on the hill, and, no doubt, it's keeping their stories from going over it.

"You can always find a story at the ballpark, no matter if you're 55 or 15. You know there's always some action and something fun going on," August said.

August also coaches baseball at Menomonee Falls High School and is hoping to get a book of his stories published. Klawitter coaches at UW-Whitewater and also plays on teams with his sons.