MILWAUKEE -- The Milwaukee Brewers' summer camp is wrapping up its first full week of workouts. When they start the shortened season in a few weeks, one pitcher said he wants to be the man on the mound.

As one of Milwaukee's three returning All-Stars, pitcher Brandon Woodruff is a frontline talent, and the leader of the starting rotation seems very much at ease with the idea that he is only getting better.

"In my mind, I feel like I can throw any pitch, at any time. That just gives you the confidence to go out there and just do it. And then when you do it in the game, you just carry that on," said Woodruff. 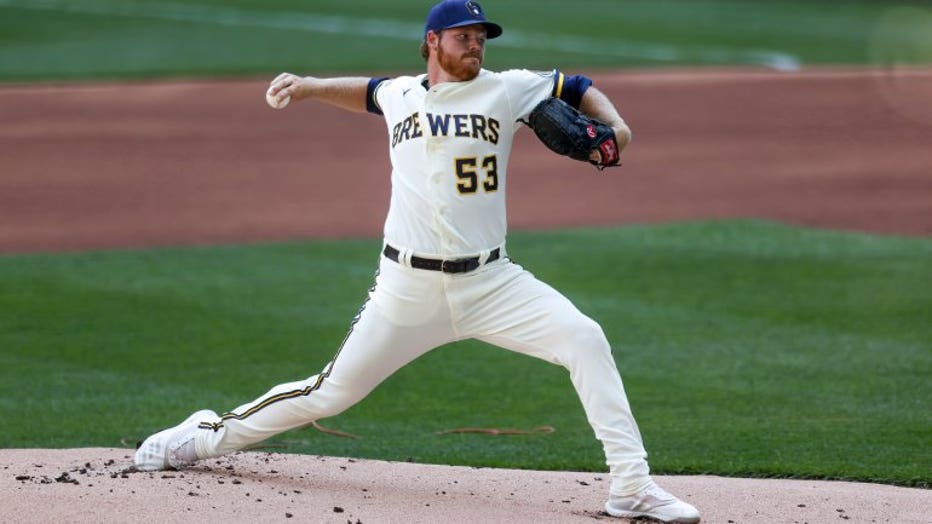 "Woody is just taking a nice, logical path, clean path to getting better. And now we're are to a pretty good place. He is at a place where he wants more," Manager Craig Counsell said.

Woodruff's dog, Augie, is with him in Milwaukee as is his pregnant wife. Off-camera, he has things in order and is ready to roll into the season.

"That's one of the bigger things that I am battling right now is making sure that I am 100% ready to go when the season starts," Woodruff said.

Woodruff went 11-3 last year, despite missing starts due to injury. For his career, he has recorded more than a strikeout per inning; plus, he can hit -- he says he understands having a designated hitter this abbreviated season but he hopes he'll get to swing the bat again in 2021.