WEST BEND -- Billy Sims was a star athlete in high school and college and made it to the NFL, but some of his greatest accomplishments have come well after his playing days ended.

Sims is best known as a Heisman Trophy running back from Oklahoma who went on to play in the NFL for the Detroit Lions, but these days, people are reconnecting with Sims over some tasty barbecue.

"Like most men, we think we can barbecue," said Sims. "It's different when you do it at home than a restaurant setting."

The Billy Sims BBQ restaurant opened in West Bend -- a venture the former football player got into in 2004 and one that keeps growing.

"It just took off, not knowing it was going to be all these stores," said Sims. "I'm thinking one or two stores in the beginning, but it's over 40 some stores now, and we are still growing."

Sims also wants to be known as something else -- a role model. 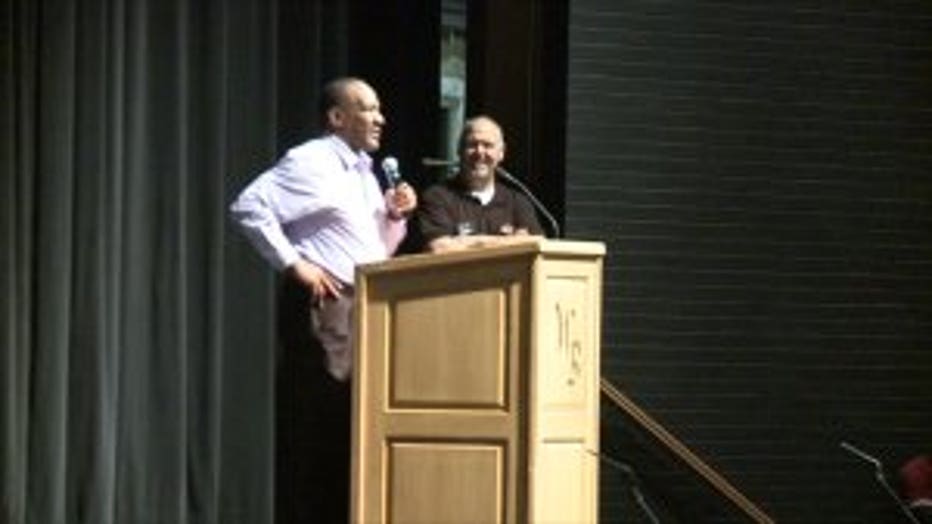 "Usually when we go into a town or city, we like to get involved in the community, do some things to help the younger kids advance their life," said Sims.

FOX6 Sports caught up with Sims as he stopped to talk with students at West Bend East and West Bend West High Schools, telling his story in both the sports and business worlds.

"Usually, my message is academics before athletics, especially if you are in athletics because academics will take you further than athletics," said Sims.

Sims said he, himself, had to learn that lesson.

Sims said he tries to make sure the high schoolers know everyone has struggles they have to go through in order to succeed, no matter the goal. 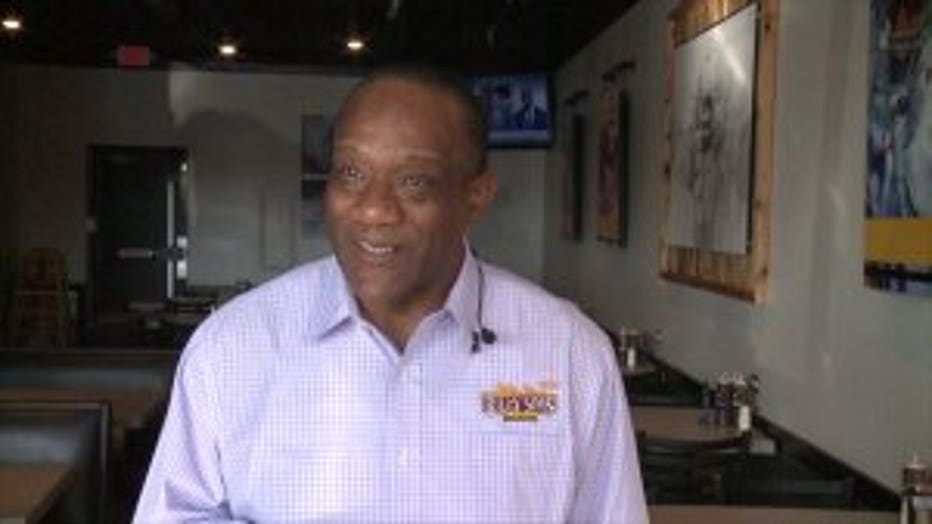 "If you want to do anything you want to do, do not be afraid to put yourself out there, and that you might have a bad day," said Diego Christy, West Bend East sophomore. "Just push through it, and good things are going to come out of it."

"How he like, pushed through his challenges, no matter what," said Jake Princl, West Bend West junior. "Just kept pushing and pushing to get where he's at. He said, 'Never stop pushing yourself.'"

And if you can, have some fun along the way. Sims even dusted off his old touchdown celebration!

"He's just a regular guy like all of us and he's pretty cool," said Princl. "Pretty cool to see."

The Billy Sims BBQ in West Bend is the 44th store in the U.S. and the first in Wisconsin.