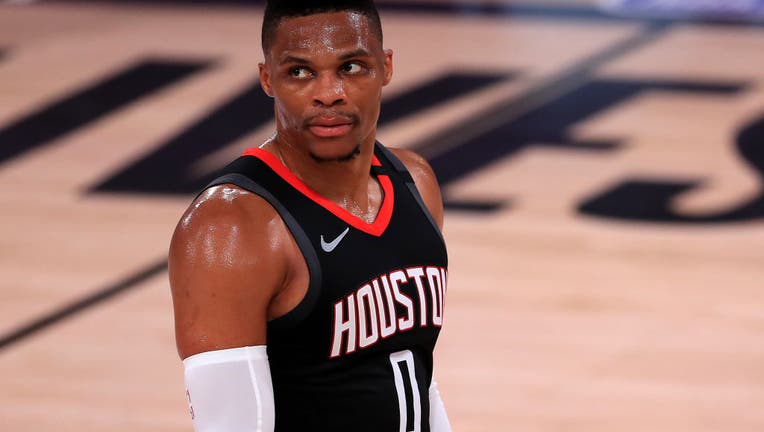 FILE: Russell Westbrook #0 of the Houston Rockets during the second quarter against the Los Angeles Lakers in Game Three of the Western Conference Second Round during the 2020 NBA Playoffs at AdventHealth Arena at the ESPN Wide World Of Sports Comple (Photo by Mike Ehrmann/Getty Images)

HOUSTON - Houston Rockets agree to trade Russell Westbrook for John Wall and a first-round pick according to ESPN's Adrian Wojnarowski.

The 32-year-old is now approaching his 13th season in the NBA. 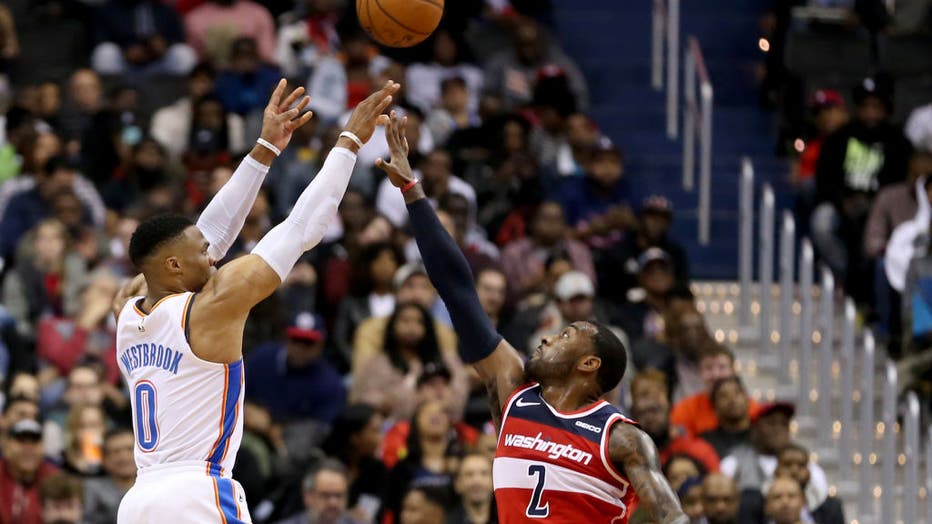 WASHINGTON, DC - NOVEMBER 02: Russell Westbrook #0 of the Oklahoma City Thunder shoots over John Wall #2 of the Washington Wizards during the second half at Capital One Arena on November 2, 2018 in Washington, DC. NOTE TO USER: User expressly acknowl

The Rockets are receiving a stud in 30-year-old point guard John Wall. He's been with the Wizards his entire career and has maintained  20.7 points and 8.7 assists for his career average. 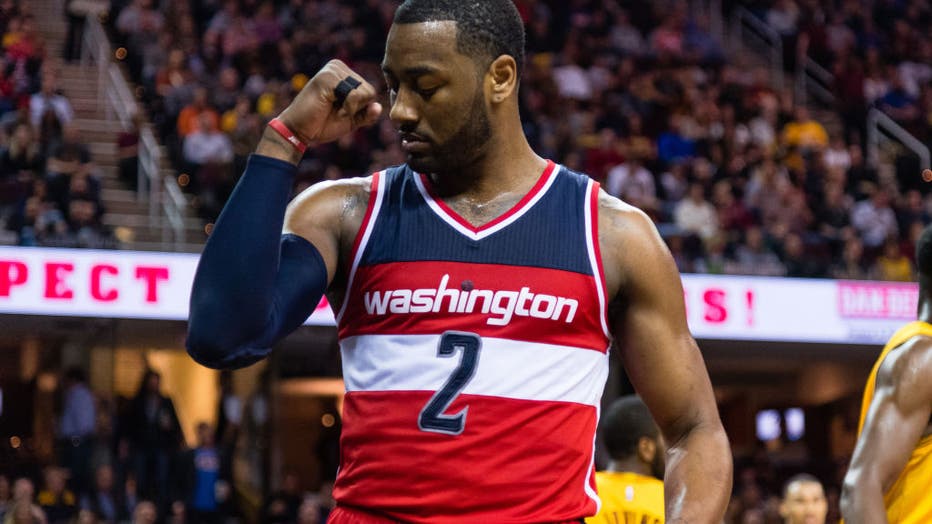 CLEVELAND, OH - MARCH 25: John Wall #2 of the Washington Wizards celebrates after scoring during the first half against the Cleveland Cavaliers at Quicken Loans Arena on March 25, 2017 in Cleveland, Ohio. NOTE TO USER: User expressly acknowledges and