MINNEAPOLIS — Alex Hornibrook threw three touchdown passes without an interception for fifth-ranked Wisconsin, and the Badgers easily remained unbeaten by overwhelming rival Minnesota 31-0 on Saturday for their 14th straight victory over the Gophers. 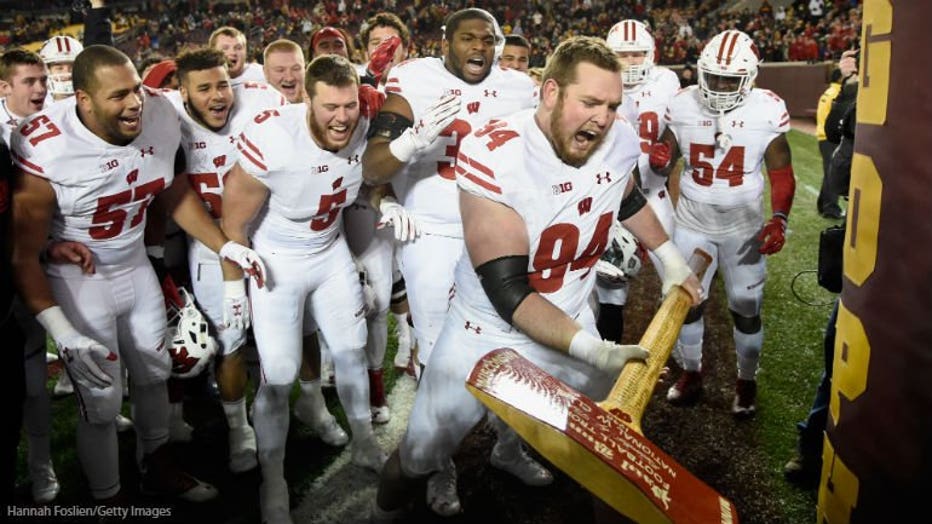 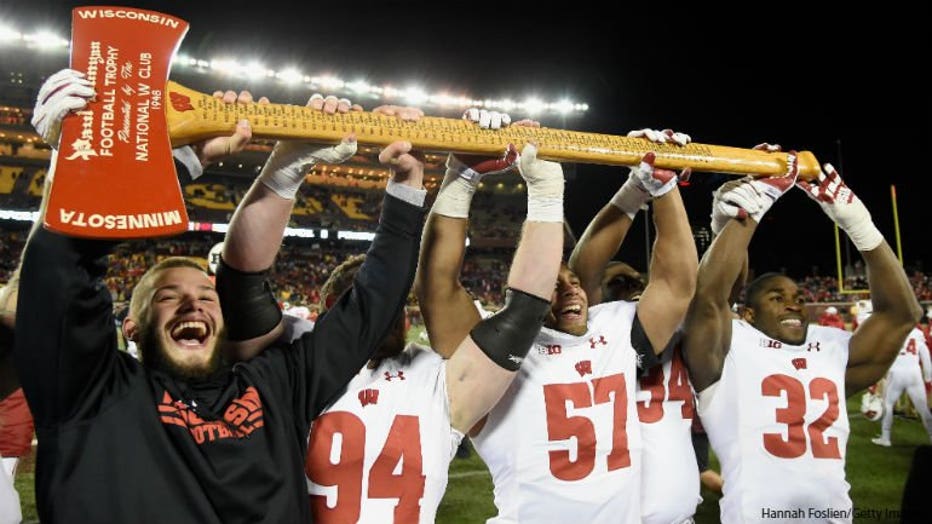 Jonathan Taylor rushed for 149 yards on 20 carries, including a 53-yard scoring sprint on the first play of the fourth quarter that gave the Badgers (12-0, 9-0, No. 5 CFP) their largest winning margin in a Big Ten game this season. The only other time Wisconsin completed the conference slate without a loss was in 1912, when there were only five contests on the schedule.

With help from Miami's stunning loss at Pittsburgh on Friday, the Badgers headed to the Big Ten championship game weekend next against Ohio State in prime position to crack the top four spots in the College Football Playoff.

With yet another smothering performance by the defense that started the week ranked second in the FBS in fewest points and yards allowed, the Badgers kept Paul Bunyan's Axe from changing hands and prevented the Gophers from reaching a bowl game for the first time in six years.

Demry Croft completed only 3 of 9 passes for 40 yards for Minnesota and took a pair of costly 12-yard sacks by Badgers linebacker Ryan Connelly. The Gophers totaled only 133 yards and eight first downs, with a pair of missed field goals by Emmit Carpenter adding to the humiliation.

After Hornibrook's touchdown pass to Troy Fumagalli put the Badgers on the scoreboard late in the first quarter, Smith returned a kickoff more than 90 yards to inside the Wisconsin 10. The Gophers were flagged for holding, though, pushing them back to their own 33. They went three-and-out for their third of five straight possessions to start the game.

The last of those came right after Taylor lost a fumble forced by Thomas Barber at midfield. On the first play after the turnover, Connelly came racing into the backfield to drop Croft for a big loss back to the Gophers 37.

Wisconsin recorded its first shutout since Sept. 26, 2015, against Hawaii.

Backup tight end Xander Neuville (right leg) and backup running back Bradrick Shaw (left leg) were both forced out of the game in the first half by injuries.

This was the 127th edition of this rivalry, the most-played series in the FBS, and the 67th time the Badgers and Gophers played in the last conference game of the season. They met in the Big Ten finale for 50 straight years from 1933-82. The last time a shutout was recorded in the rivalry was 1982, a 24-0 victory by Wisconsin.

Wisconsin: Hornibrook finished his first interception-free Big Ten game this season, completing 15 of 19 passes for 151 yards. The running game and the defense are slump-proof strengths, but for the Badgers to beat the Buckeyes and have a chance at their first national championship, Hornibrook will need another game or two like this one. The left-hander did most of his damage off play fakes and rollouts.

Minnesota: The Gophers finished with only two Big Ten wins, matching their fewest since 2011. The feeble offense against Northwestern and Wisconsin sure didn't give them any momentum for 2018.

Wisconsin: The fifth trip to Indianapolis for the Big Ten championship in seven editions of the event, to face No. 8 Ohio State (10-2, 8-1, No. 9 CFP) next Saturday. The Badgers are 2-2 in conference title games, having lost 59-0 to the Buckeyes in 2014.

Minnesota: Offseason conditioning for the players and preps recruiting for the coaches. The 2018 opener is on Aug. 30 against New Mexico State.