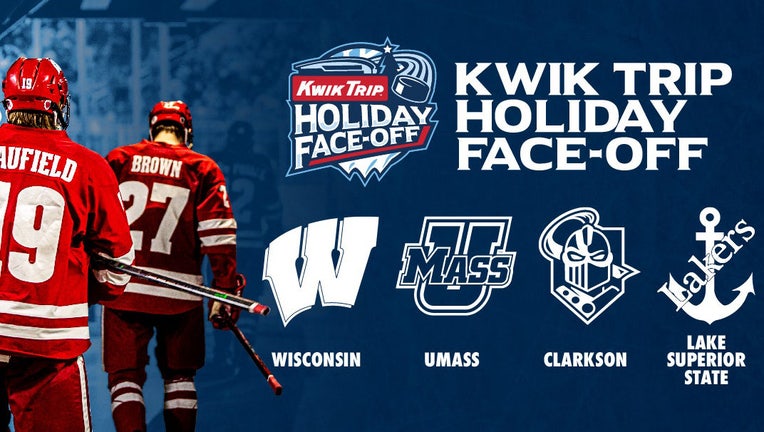 MILWAUKEE - Tickets are now on sale for the second annual Kwik Trip Holiday Face-Off, which will take place December 28-29 at Fiserv Forum. Tickets can be purchased at fiservforum.com.

In the Kwik Trip Holiday Face-Off this past December, Wisconsin won the title with a pair of wins decided in extra time. In the semifinals, the Badgers defeated Yale, 3-2, in overtime before winning the championship in a shootout with then-No. 16 Providence.

College hockey in Milwaukee is steeped in history. The city hosted the NCAA Men’s Frozen Four on three occasions - 1993, 1997 and 2006. In 2006, Wisconsin won its most recent National Championship on the Bradley Center ice.

Milwaukee Crime Stoppers announced on Tuesday, April 12 two large rewards each in the cases of Jenny Her and Krystal Tucker.

Three Fond du Lac men face a variety of drug and firearm charges tied to a traffic stop that happened on Sunday.