MILWAUKEE -- Kevon Looney might not be one of the big stars on the back-to-back NBA champion Golden State Warriors basketball team, but the Milwaukee native has worked to become a key contributor on the team. His success has also been motivated by the memory of a friend and mentor.

It was an afternoon students and staff members at Hamilton High School in Milwaukee won't soon forget. The Warriors visited, and it was all for Looney -- an alumnus of Hamilton. 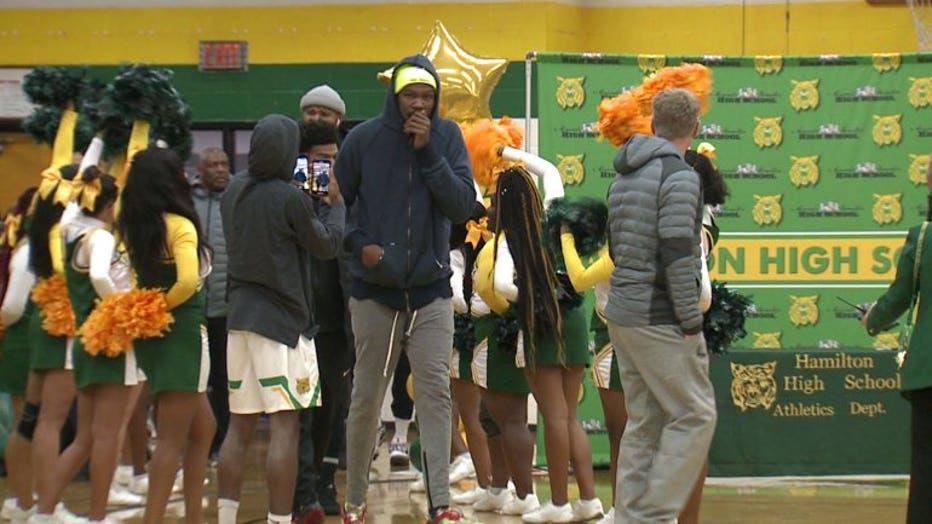 "You got some of the best players in the world, Steph (Curry), MVPs on our team, champions -- for them to come to my local high school and sign autographs and take pictures with the kids, they didn't have to do none of this. They really didn't sign up for this. They just come to support me," said Looney. 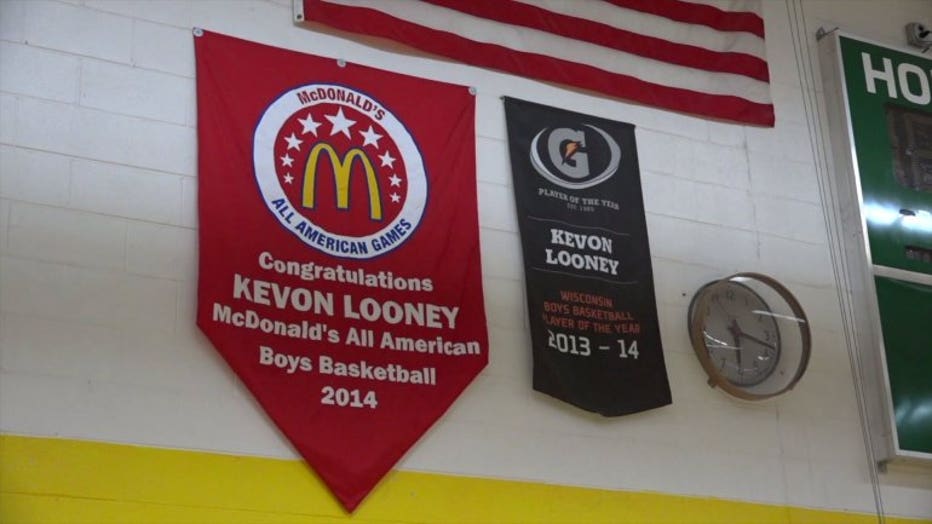 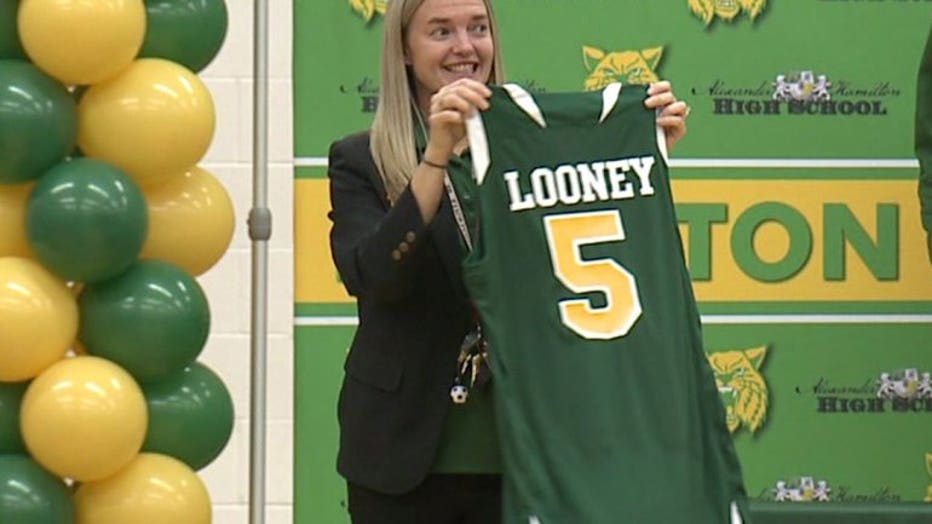 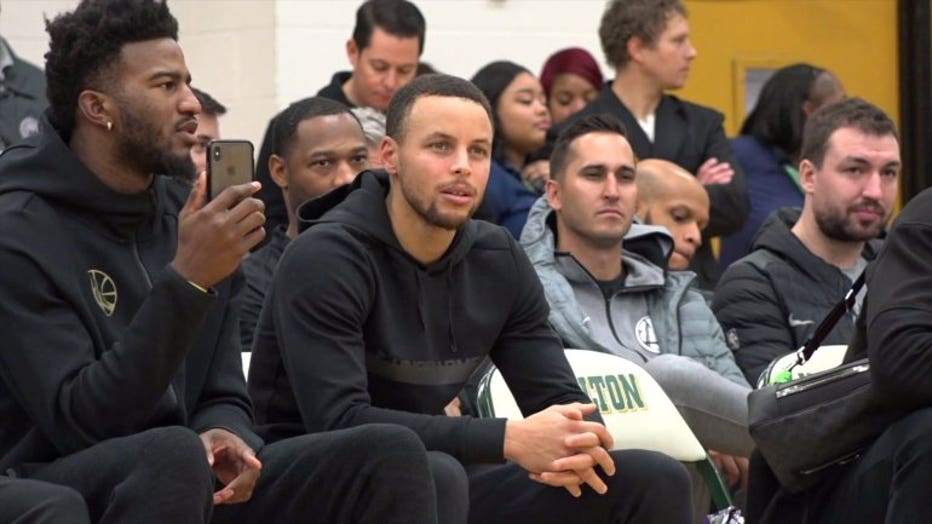 Looney had his #5 jersey retired when the Warriors were in town for a game against the Milwaukee Bucks on Dec. 7. Family members and friends came out for the event, but there was one person missing -- Wati Majeed. 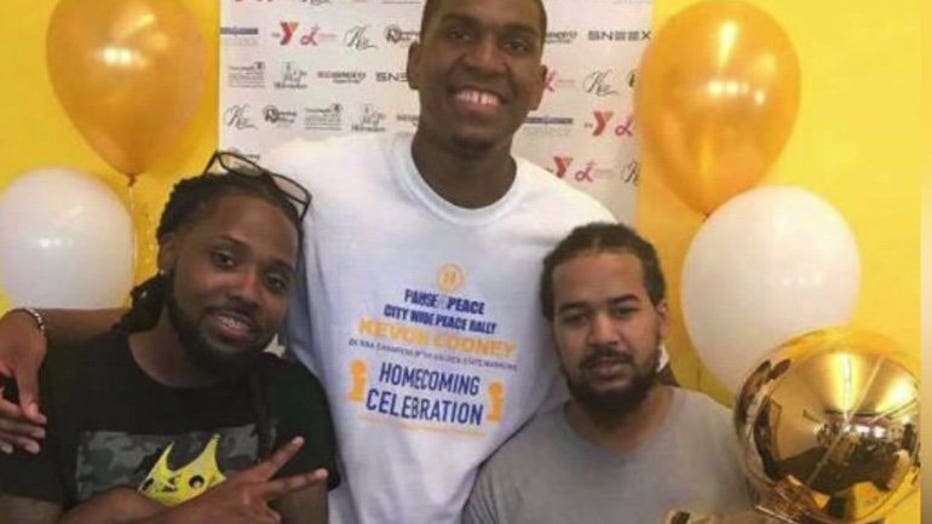 "I know he's looking down on me. I'm sad he wasn't able to be part of the celebration, because he was at every game here, but he will always be part of me," said Looney. 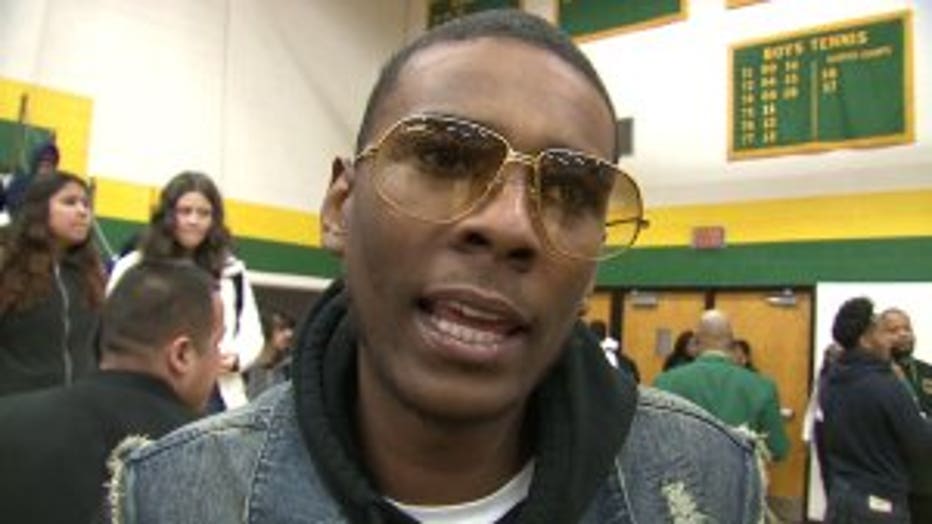 Majeed died unexpectedly in October, days before the season started. He was Looney's older brother's best friend, and became a big reason for Kevon Looney's success.

"Growing up, he was at all my games sitting court-side, and they always took me to the park, worked me out. After every game, we would go hang out with those guys. We would talk about the game, tell me what I need to work on. I had great games where I had 25 points, feeling like I'm the best player ever and I'd go hang out with them and like, 'you ain't do nothing, man.' They were just kind of motivating me to be great and to do better," said Kevon Looney. 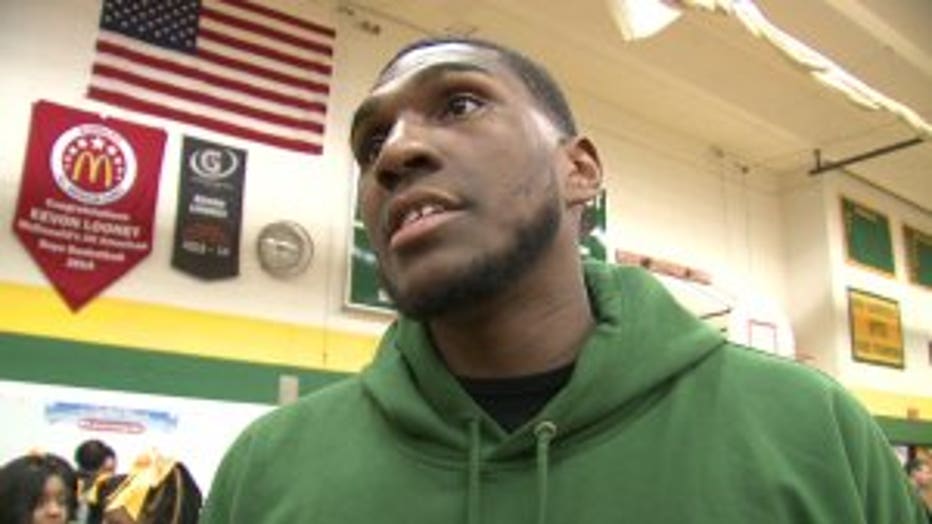 "He was always a positive person. He was a comedian -- a fun guy -- a fun-loving guy. He always challenged Kevon to be the best basketball player and student and person that he could always be," said Kevin Looney.

He's also the reason Looney kept wearing #5 on his jersey after it was given to him as a freshman at Hamilton.

This season, Looney said he's made sure to take Majeed on the court for every game, writing a special inscription on his shoes. 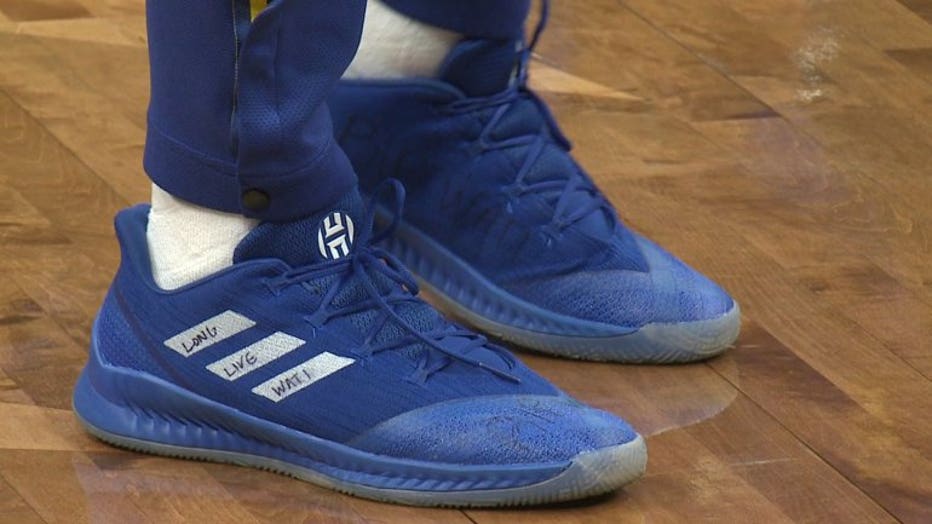 "Every game, I write on my shoes. It's just his memory. I always want to keep him in my memory. He's always part of me, so I do this small gesture to keep his memory alive," said Looney.

This, as he continues to work to do what Majeed did for him -- inspire and motivate other young people in Milwaukee.

"I was in this same gym, in the same classroom, same hallways, dreaming big -- just like they were, and I was able to make it out, make it to the NBA and be part of a championship team, and they depend on me like I depend on them and it shows that anything's possible -- that dreams can come true if you work hard and put your mind to it," said Looney.