ARLINGTON, Texas — With the memory of Tyler Skaggs weighing heavy on their hearts, the Los Angeles Angels prepared to play their first game since the death of the much-loved 27-year-old pitcher who got to play for his favorite childhood team.

General manager Billy Eppler says Skaggs was an exceptional young man with an entire life so full of promise yet to live. The GM says the team will never be the same without him.

The Angels decided to play Tuesday, a night after the postponement of the series opener. Skaggs was found unresponsive in his hotel room in Texas on Monday. 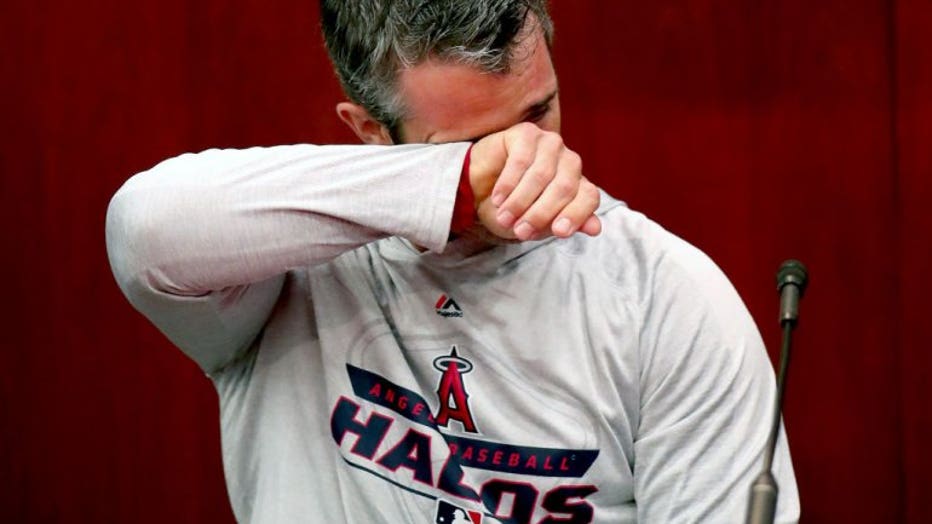 ARLINGTON, TEXAS - JULY 02: Manager Brad Ausmus #12 of the Los Angeles Angels reacts during a press conference held to address the death of pitcher Tyler Skaggs at Globe Life Park in Arlington on July 02, 2019 in Arlington, Texas. (Photo by Tom Penni

Manager Brad Ausmus says the first game was going to be difficult no matter when it was played. He says the game "is going to be a refuge for players" when they can turn their minds off and concentrate on baseball. 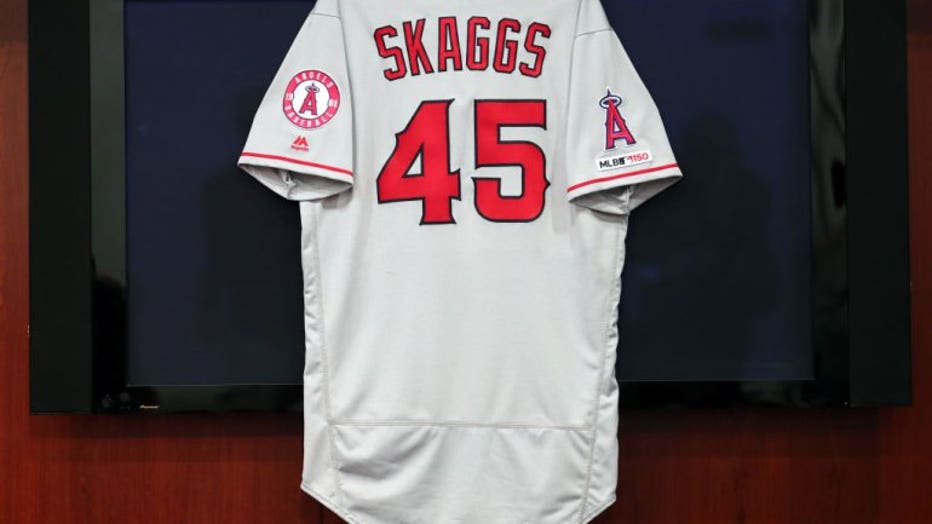 ARLINGTON, TEXAS - JULY 02: A view of a jersey belonging to Tyler Skaggs #45 of the Los Angeles Angels during a press conference held at Globe Life Park in Arlington on July 02, 2019 in Arlington, Texas. to address the pitcher's death on Monday, July