When the Arrowhead boy's soccer team learned of a local boy's battle with cancer, a fundraiser was organized in his honor.

HARTLAND, Wis. - Gus Frank looks and acts like a typical 6-year-old boy. However, his young life has been anything but easy.

In the fall of 2018, Gus' parents found out that their 4-year-old son had Ewing's sarcoma -- a rare type of bone cancer.

"You would never know he has a leg full of metal that had a giant tumor in it," said Heidi Frank, Gus' mom.

"After hearing the words that our son had cancer, it was sort of like an out of body experience where both of us were in shock," Tim Frank, Gus' dad, said.

The Franks have made it their mission to not only help their son, but also bring awareness to a cancer that has no cure just yet. 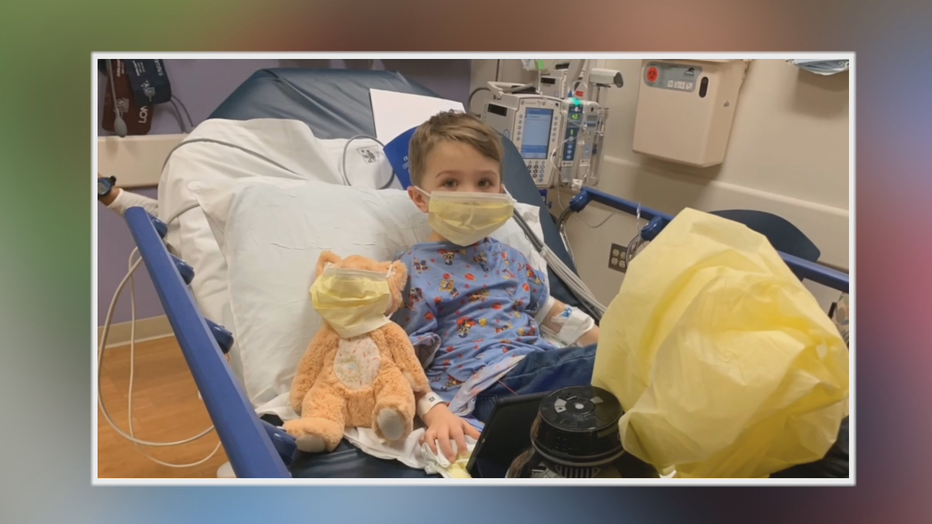 The Franks are fellow Arrowhead alumni and former Warhawks soccer players to boot.

"We’ve always tried to use the game of soccer as a vehicle to make good people. When kids are done at Arrowhead we want them to be good people. For us, it was a no brainer," said Staus. 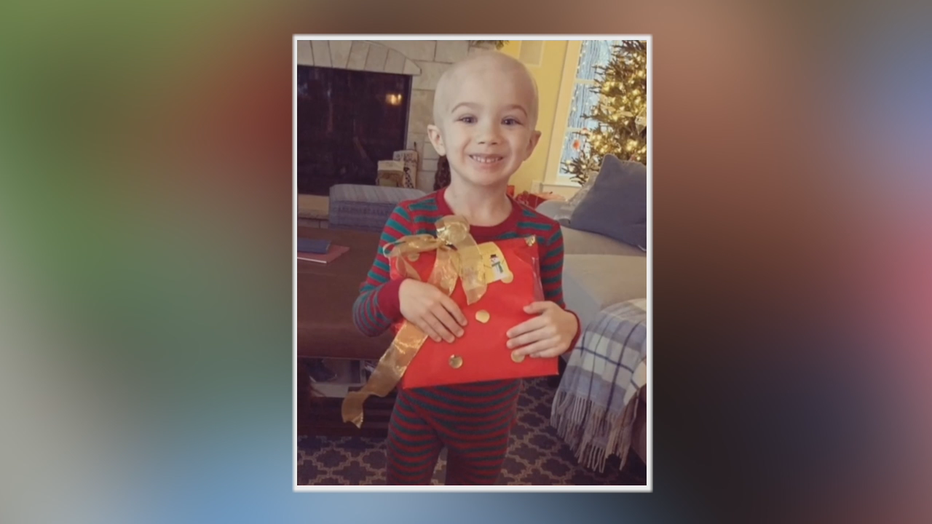 The Warhawks raised around $5,300 in Gus' honor to help the Rally Foundation -- a nonprofit organization that raises funds and awareness for childhood cancer research. It also provides grants to doctors and scientists trying to find cures for pediatric cancers, like Ewing's sarcoma.

"These funds allow us the opportunity to have a face to face with a brilliant doctor that we know is focused on a disease that our son has, so it’s priceless," Tim said.

Meanwhile, the dollar amount raised by the Warhawks soccer team is still rising.

"You know, it means everything to support a program for childhood cancer and how it is such a big problem that needs to be addressed. We are really proud to represent that in our program," Andrew Gryglas, an Arrowhead senior, said. 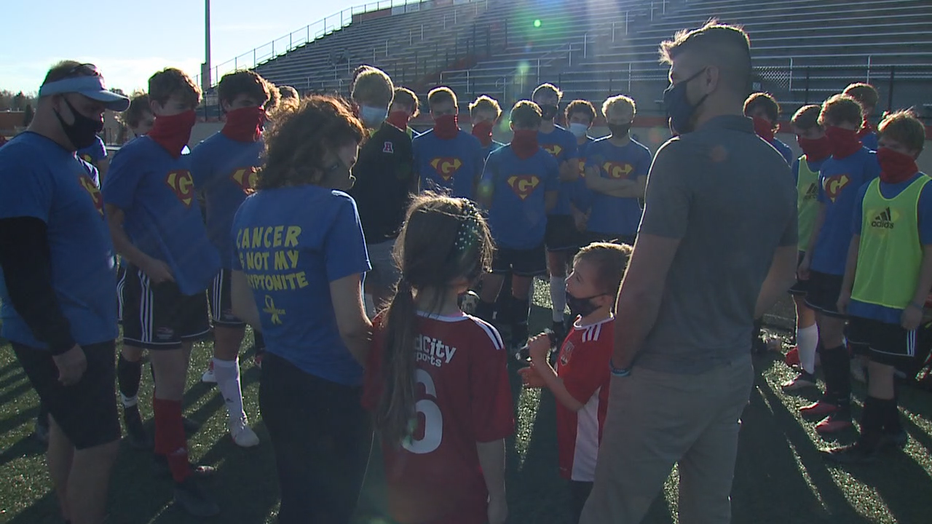 The team adopted a mantra -- "Gus Tough" -- from the Franks, and have worn Gus Tough t-shirts in support as well.

During one of the team's final practices before state, the eventual Division I state runners-up were finally able to meet Gus for the first time.

"It was pretty cool to meet him. He seems like just a regular kid now that he is done with cancer. Just wants to have fun and enjoy life," said Jordan Leoni, an Arrowhead senior. 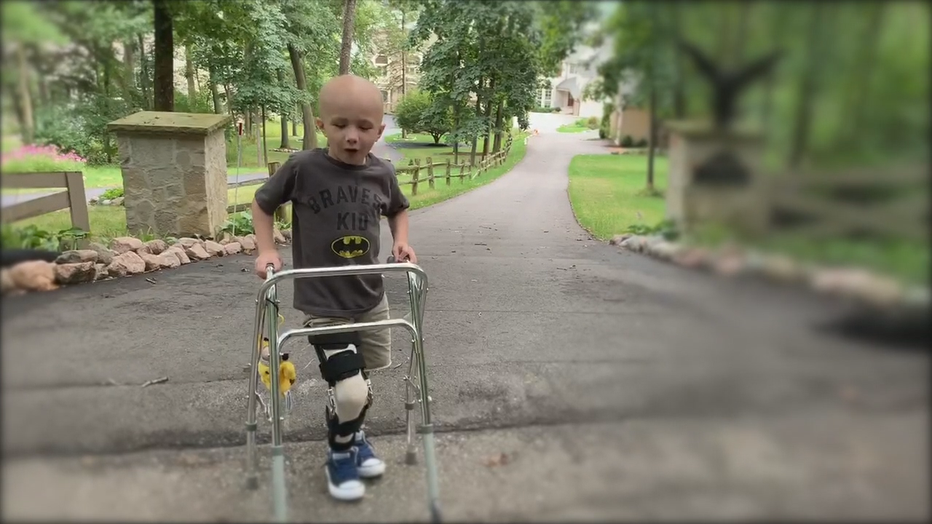 After many rounds of chemotherapy, four surgeries and his right leg and rehab, Gus is in remission.

He will need about three more growing surgeries over the next decade of his life.

"He’s doing really, really well. He’s certainly surpassed expectations in how he fought off the disease, and how he was able to regrow his leg and deal with that physical disability as well," Heidi said. 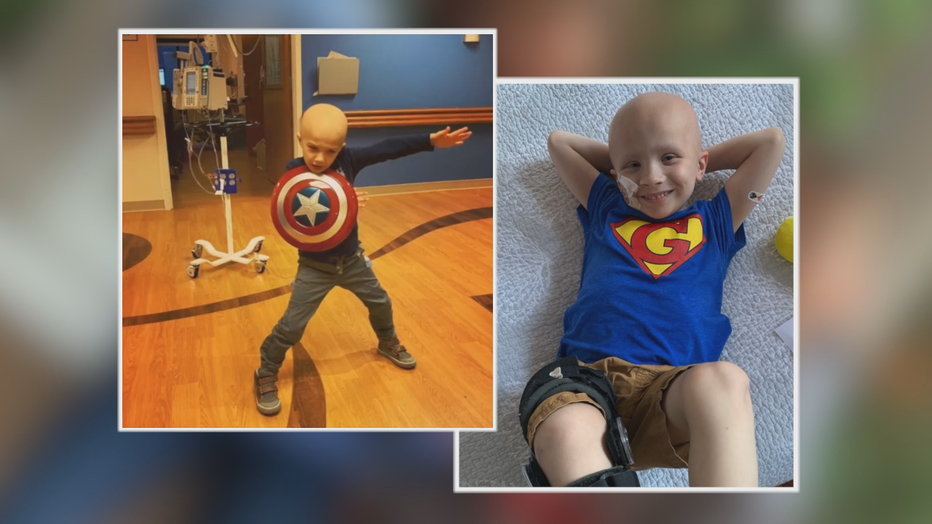 A little boy with a fighter's attitude.

"To me, those are the heroes. It's not the Ronaldo's or the Messi's, it’s Gus," said Staus.

While the Franks' dream of seeing Gus play soccer might be on hold for now, all that matters is that their son is able to get a second chance at being an active little boy.

"We’re just so grateful that he’s walking. Your perspective completely changes. We just want our kids to live long healthy lives and to be happy and safe," Tim said.