GREEN BAY (WITI) -- The Green Bay Packers Hall of Fame Inc. announced on Tuesday, December 10th that it will induct former Packers players Ahman Green and Ken Ruettgers at the 44th Hall of Fame Induction Banquet. That banquet is set for Saturday, July 19, 2014, in the Lambeau Field Atrium. 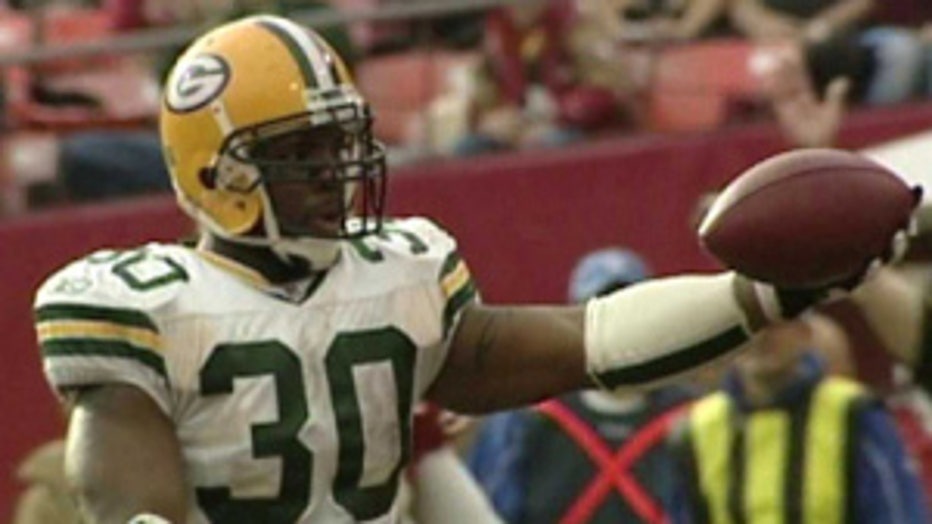 Ruettgers, a first-round draft pick in 1985, played 12 years for the Packers (1985-96) and was a fixture at left tackle for more than a decade. Anchoring a line that helped establish a new championship era for the team, he was a dominant pass blocker for the likes of Don Majkowski and Brett Favre. Ruettgers authored a career that was among the longest for an offensive lineman in team history, appearing in 156 career games, with 140 starts. He earned team offensive MVP honors in 1989.

Tickets for the banquet, which begins with a cash bar at 4:30 p.m., with dinner and program to follow at 7 p.m., are $150 each. Tables of 10 also are available for $1,400 and are assigned in the order in which they are purchased. Early reservations are recommended. To purchase tickets, call Holly Borga at 920-965-6986, or email her at hollyb@packershalloffame.com. No refunds are available 30 days prior to the event.