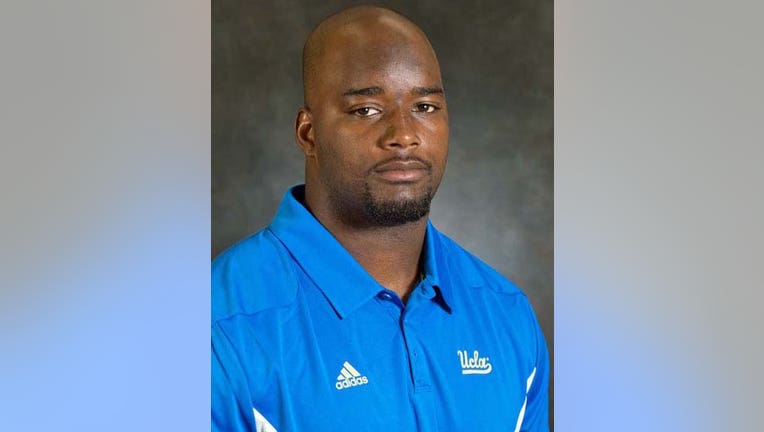 GREEN BAY (WITI) -- The Green Bay Packers have selected Datone Jones in the first round of the NFL Draft, which began Thursday evening, April 25th.

Jones is a defensive end. He played college football at UCLA. He was considered one of the top defensive end prospects in the 2013 NFL Draft.


Jones attended University of California, Los Angeles from 2008 to 2012. During his career he started 43 games and recorded 148 tackles and 12.5 sacks.

Jones' stats are as follows:

UCLA - Talented player who possesses the ability to be a disruptive force in opposing backfields ... Has played both end and tackle ... Completed his Bruin career with 43 starts, including his final 28 straight games.

2012 - Starter in all 14 games and was selected second-team all-conference by the league coaches ... Ranked fifth on the team in tackles, first among the defensive linemen with 62 stops ... Second on the team with 19.0 tackles for loss, which ranked fifth in the Pac-12 (1.36/g) ... His 6.5 sacks ranked third on the team and 18th in the Pac-12 (0.46/g) ... Blocked two kicks ... Caught a touchdown pass against Houston while playing offense in a short-yardage situation ... Credited with forcing a safety versus Nebraska ... Made six tackles in the opener at Rice, including 2.0 sacks ... Had 3.0 tackles for loss against both Nebraska and Houston ... Made a career-best nine tackles in win at Arizona State ... Had 1.5 tackles for loss at Washington State and blocked a kick ... Registered 2.0 tackles for loss in each contest against Stanford ... Made 1.5 tackles for loss in the Holiday Bowl against Baylor ... Earned the Kenneth S. Washington Award for Outstanding Senior of the Year on Defense and the Captain Don Brown Award for Most Improved Player at the annual team awards banquet ... Named to the Chuck Bednarik Award watch list ... Selected to play in the Senior Bowl collegiate all-star game.

2010 - Sidelined by a fractured right foot during Fall Camp (Aug. 10) ... Sat out the entire season ... Was listed on the pre-season Watch List for the Hendricks Award.

2008 - Appeared in 10 games with two starts (Cal, Oregon St.) ... Finished with 15 tackles ... Two tackles versus Stanford ... Made first career start at Cal and was credited with six tackles, four solos ... Started against Oregon St. and made four stops ... Had one tackle off bench at Washington ... One tackle against USC ... Named to rivals.com All-Pac-10 Freshman team.

More information can be found during draft week online at www.packers.com.