MILWAUKEE -- The Marquette Golden Eagles have high hopes for team success next month in the NCAA tournament. Their best player's individual climb has already led him to the top of a prestigious list.

A prolific offensive player since he arrived on Marquette's campus, Markus Howard recently became the all-time leading scorer in the history of the Big East conference. The previous leader, Lawrence Moten, saw change coming at the top of the list. 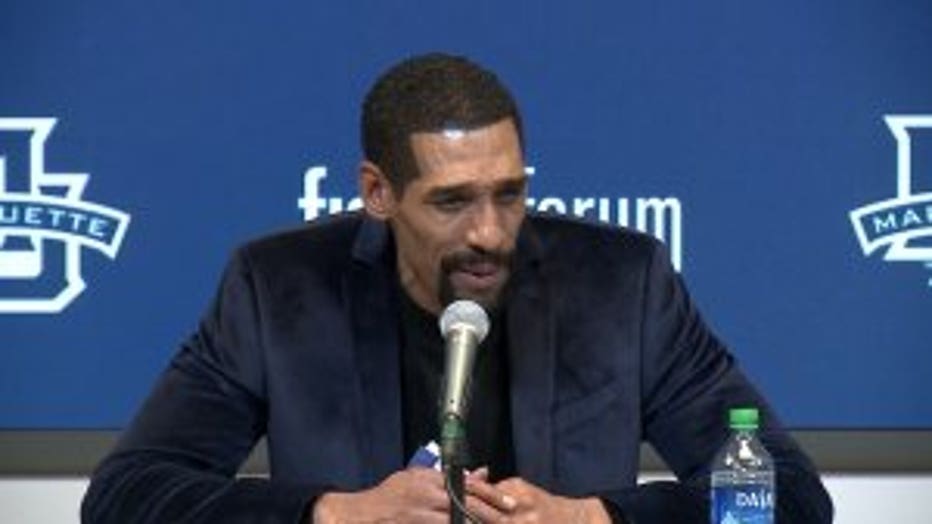 "I found out about a month ago," Moten said. "Mike Waters, a reporter from Syracuse, had mentioned it to me, and it's a blessing. Records are made to be broken, 25 years is a good run."

They called him "Poetry in Moten" when the swingman played at Syracuse between 1991 and 1995. Now, he watched Marquette's standout author his own chapter.

"I've seen him play, even last year. Great player, kind of reminds me of a Kemba Walker-type player, a scoring point guard," said Moten. "Seems like a great teammate, and I got the chance to meet him earlier. (He) seems like a very good person, also."

Marquette brought Moten to Milwaukee to be recognized alongside Howard prior to M.U.'s game against Creighton. Moten called it a classy gesture by the school -- the two shared more than just space at halfcourt. 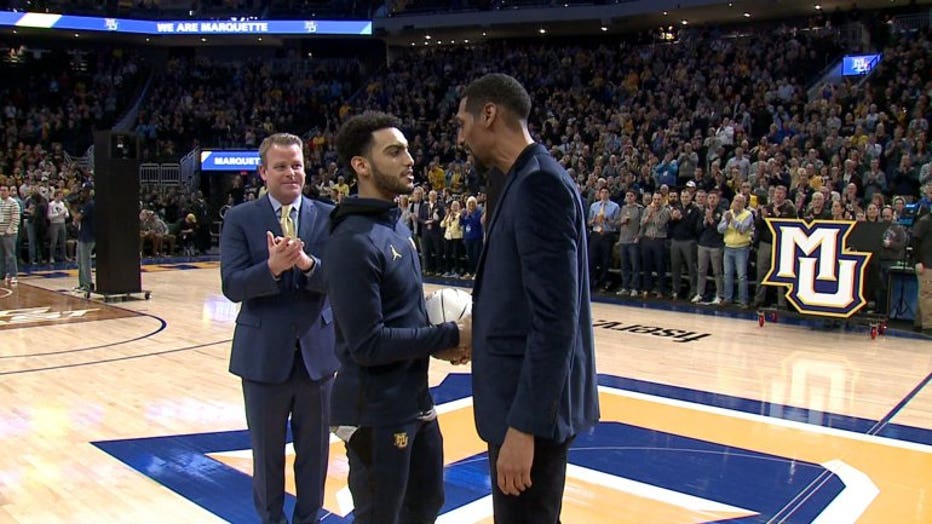 "I saw him, Markus, play in the past," Moten said. "He's a great player, great energy, great team player. And I was sort of the same way. I'll shake your hand and I want to see you do well, but once I stepped on that court, I was a killer, and I felt like I didn't know you." 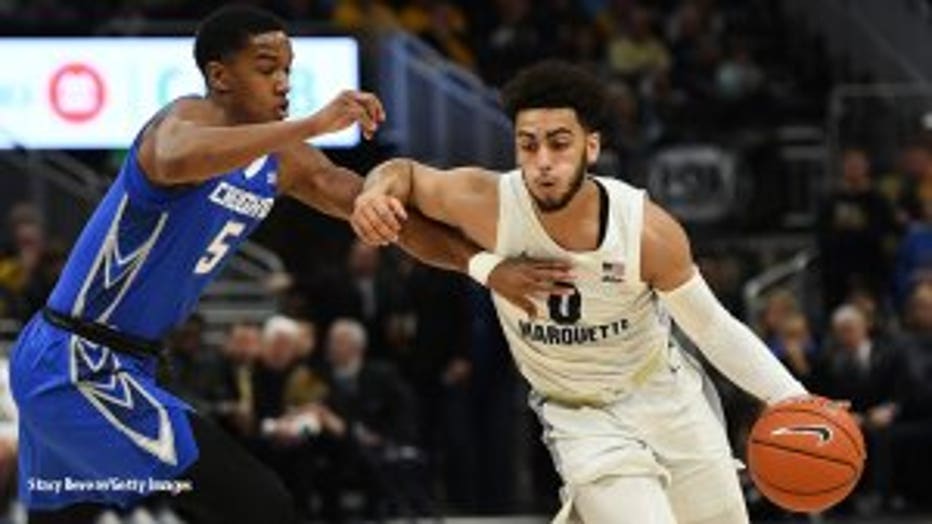 MILWAUKEE, WISCONSIN - MARCH 03: Markus Howard #0 of the Marquette Golden Eagles drives around Ty-Shon Alexander #5 of the Creighton Bluejays during the first half of a game at Fiserv Forum on March 03, 2019 in Milwaukee, Wisconsin. (Photo by Stacy R

Moten still watches Big East basketball, but he said it is a new Big East. Remember, he played back in the day -- pulled those socks up and banged on everybody on the East Coast.

"I definitely think it was a tougher league back then, for sure. That's a fact, nothing really to talk about. But times change, and this new Big East seems like a very competitive league."

And this Big East had Markus Howard -- a name to add to the annals of the stories conference.